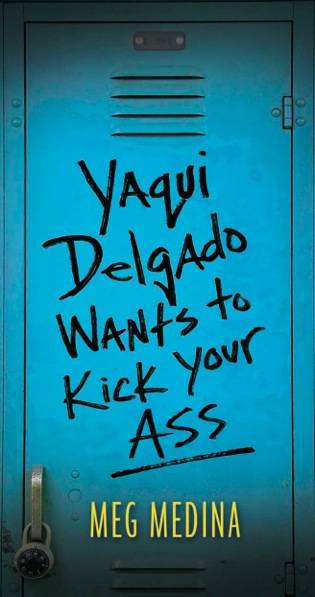 Banned Books Week is a annual “celebration” to raise awareness about books that have been challenged or banned — it’s meant to generate discussion about censorship as applicable to the written and printed word. And every year, without fail, we see a rise in books being challenged or banned in the time leading up to Banned Books Week, but really it’s never a surprise why. This time of year is when school is just getting back into session and parents are scrambling with their kids to finish summer reading assignments and students are getting their first glimpses at what’s to come in the new year when it comes to reading. While parents are welcomed, even encouraged, to pay attention to what it is their children are exposed to, it is not the responsibility of parents to make decisions about what other people’s children are exposed to. That’s when we run into issues of book challenges and attempted book bannings. You might remember the time when a book censor stopped by Book Riot to offer his insight in the comments, too — and it was eye-opening.

Think book banning and challenges are overhyped? Think again. It’s a widespread and pervasive problem that happens throughout the United States, and every year, the American Library Association develops a guide to the most frequently challenged titles (you can read through the past few years’ worth of titles and reasons here).

I thought it’d be worthwhile to do a roundup of recent challenges and bans, to give a sense of how this is an issue that doesn’t ever go away. If anything, it continues to grow. Here’s a rundown of books at the center of censorship debates in the last month.

Category ID: 1376
Category ID: 4284
Category ID: 471
Category ID: 468
What’s Up in YA? Newsletter
Sign up for What's Up In YA? to receive all things young adult literature.
Thank you for signing up! Keep an eye on your inbox.
By signing up you agree to our terms of use

The Problem: Parents are upset that Morrison’s award-winning novel is on a suggested reading list for advanced placement English students because it highlights the “pleasures of a pedophile.”

Where: Alabama (as in the whole state)

The Problem: State Senator Bill Holtzclaw is pretty unhappy that Morrison’s novel is part of the Common Core’s recommended reading for 11th and 12th graders. His specific problem with the book is that the language and content are objectionable, especially as they depict incest and child molestation. At least one school board member in the state agrees, calling it pornographic.

The Book: Dreaming in Cuba by Cristina Garcia

The Problem: A parent of a 10th grader was upset that the class was reading sexually explicit passages aloud and took her son out of the class. She took further action, claiming that the book “seemed like child pornography.” The school yanked the book.

The Problem: Ellison’s book was one of three choices students could read for their 11th grade summer assignment. A parent found it filthy, filled with inappropriate language and an unsuitable first-person narrator whose viewpoint didn’t represent that of everyone and every religion. It was also “too sexual.” The book was banned from school libraries.

The Book: The Handmaid’s Tale by Margaret Atwood

The Problem: Atwood’s novel was deemed “detrimental to Christian values.” This challenge emerged last fall, but the decision on the book’s fate didn’t get handed down until last week. The school board chose to keep the book not only in the libraries, but on the recommended list of reads for 12th-graders.

The Book: Yaqui Delgado Wants to Kick Your Ass by Meg Medina

The Problem: It seems as though being invited to speak as part of the middle school’s anti-bullying program was problematic because Medina’s book has the word ass in the title. The principal said she could not show the title or reference it in her talk; the profane word was simply too much. The title refers to a note that the main character receives from her bully, who promises an ass-kicking. So Meg was uninvited. This particular challenge came with a side of racism, too — the district superintendent said of the book that it “really more to me seemed to address high school and inner city.” Enjoy the comments here.

The Problem: Extreme profanity and inappropriate subject matter are why the Parents Action League took steps to get this book out of the hands of high schoolers. They also managed to get Rowell’s author visit canceled. Read the PAL’s report on this title, and know it’s not the first time this particular group has removed books from the hands of their youth.

Eleanor & Park has been perhaps the most fascinating censorship story in the last month because unlike the others listed above, Rowell’s challenged spawned attention from NPR, from The Toast, and right here at Book Riot. Each of the pieces have been exceptionally thoughtful and passionate about why Eleanor & Park is such a ridiculous book to challenge and why revoking an invite for Rowell to speak to teens who would gain much from her comments as they relate to the book was out of line.

But the question in my mind remains why is Rowell’s book the only one receiving such wide spread and excellent attention? I have my theories — that it’s a book so many adults connected to and it’s a book that got such glowing praise from John Green (highlighted in many of the pleas linked above) — but it leaves me wondering what would happen if we had this sort of discussion, at this level, every time a book or author faces this sort of censorship. Imagine if these huge platforms took a stand about each and every one of these challenges listed above in the last month. Imagine the advocacy for literacy, for context, for discussion and dialog if we got this wound up all the time.

There is a common thread about outsiders. For those wishing to censor, outsiders are a threat to be hidden and kept out of sight and mind of today’s impressionable youth. It’s easy to decontextualize the books to fit a fear agenda if you have one.

We should be talking about that louder and stronger than we are.