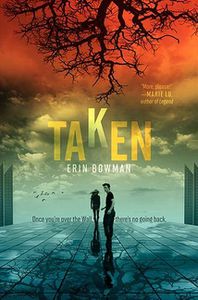 In today’s Riot Recommendation, we want to know: what are your favorite stories about young people coming of age in dystopian worlds?

Sign up to Swords & Spaceships to receive news and recommendations from the world of science fiction and fantasy.
Thank you for signing up! Keep an eye on your inbox.
By signing up you agree to our Terms of Service
#Riot Recommendation#Science Fiction/Fantasy#Young Adult Literature#coming of age#erin bowman#taken