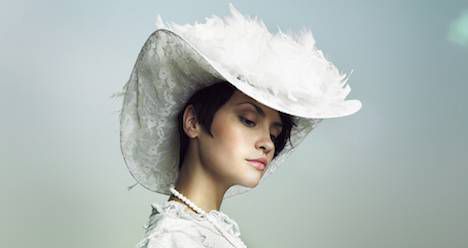 My love for historical fiction began when I was a tiny budding reader and my mom read the Little House on the Prairie books to me (problematic, I know, as Rioter Kelly has written about, but it was what I had). As soon as I could read myself, I devoured every historical novel I could get my hands on. I love the genre because not only is it incredibly varied, but it often focuses on characters and people you don’t always see in the history texts–girls, for example. YA historical fiction offers even more exciting perspectives and experiences from all over the world, dating back many centuries.

For the purposes of keeping this list manageable, I’ve defined historical fiction here as a novel that explores the experiences of teen characters pre-1980. (Yeah, we can make an argument that books set 1980-2000 are technically historical fiction, but I choose not to here because that makes me feel old.) I’ve also focused on realistic historical fiction (i.e. you won’t see Libba Bray on this list, even though she writes some pretty awesome historical fantasy), but I’ve made exceptions for magical realism and instances of magical thinking. I’ve also excluded alternative history, but I’ve included books that insert fictional characters into significant historical events. I did include books that allow for some anachronisms for the sake of story, as long as the book stayed true to the spirit of the era.

Finally, books that are the first in a series are denoted with a +!

All right! Buckle up, readers! We’re going back in time!