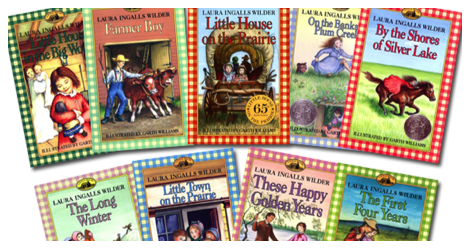 Confession: I’ve never read the original Little House on the Prairie books by Laura Ingalls Wilder. I didn’t realize this until nearly half-way through reading them this summer as an adult this was the case. I was convinced that I had read them all in one big gulp in fifth grade, when I remembered borrowing them volume-by-volume from my friend who had a beautiful paperback collection of them.

But as it turns out, I read the entire Rose Wilder series (that’s Laura’s daughter) and not the original series that started the entire franchise.

This summer I decided it was time to take a deep dive into the classics of children’s literature. I know Little House on The Prairie takes up sentimental real estate in the hearts of so many readers, young and old, and it felt like I was missing out on something by not having read them.

And now, having blown through nine volumes and having the Laura Ingalls Wilder autobiography Pioneer Girl sitting in my to-read pile, I can say I’ve successfully conquered the series. I’m not in any way sure I loved it, nor that I even think it was something I would have loved dearly as a young reader, but it sure was enlightening to come to it with my adult eyes and perspective.

Here are some of the uncollected thoughts I had while reading the series from start to finish.

It’s hard to say whether I really liked the experience of reading Little House on the Prairie nor feel like they’re the kinds of books I’d immediately pass off to younger readers as essential. They’re fine, and they’re certainly a slice of life in historical America in the midwest. But they’re also a product of that very thing, complete with unbelievable amounts of overt and subtle racism and a story that offers little in the way of offering females any roles or responsibilities. I could talk about the fact Ma’s story doesn’t really exist here because she’s taking care of everyone and everything at home, but that is itself a story we don’t get. Instead, the biggest takeaway is that she “hates Indians” and she goes along with Pa’s follies again and again.

But one thing reading Little House on the Prairie did do for me as a reader was remind me that there are other books set in this time period, for the same reading audience, but this time, about the Natives who were living on and with the land around them. 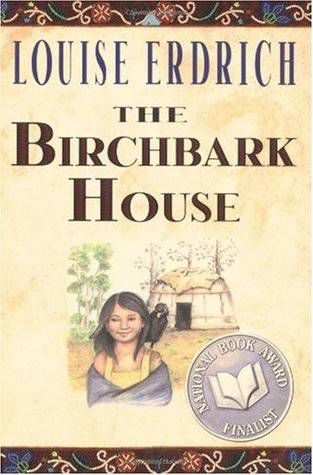 Louise Erdrich, herself a Native, started her Birchbark House series in 1999, and has since added further editions to it. This series follows an Ojibwa family that lives in rural Minnesota, up by Lake Superior. It’s a fascinating story on its own, but it’s even more compelling when read immediately after the better-known Wilder series. The women in Erdrich’s story are all active, all vital, and are all fully-fleshed characters who play a huge role in the survival of their families and their community.

Omakayas and her family take care of the Earth around them and are wildly compassionate with nature and one another. They use what’s available to them and do so in a way that’s respectful; they, too, tell stories and have adventures like the Ingalls family, but it is impossible not to see the stark difference in the story telling, in the tone, and in the straight-up deference the characters have toward the world around them.

For all of the racist and sexist commentary inserted into the Little House on the Prairie books, Erdrich’s book makes the Ingalls look like ungrateful assholes. The time period is the same, the settings in the Midwest are similar, but the tones of the stories and their portrayal of a slice of life differ wildly.

The Little House on the Prairie books will forever be a part of the children’s literary world, and the franchise itself will live on as part of American history and cultural literacy. It will be passed along generation to generation, especially as the series reaches big anniversaries and we’re given more new editions and more insights into the story of the Ingalls family. There’s no reason to not hand these books off to young readers, but there is something to be said about the fact this series needs to be talked about with young readers.

Now that I’ve wrapped up reading Little House on the Prairie and plan on reading the autobiography, the next stop on my to-do is visit at least the Pepin house, since it’s only a few hours away from me.