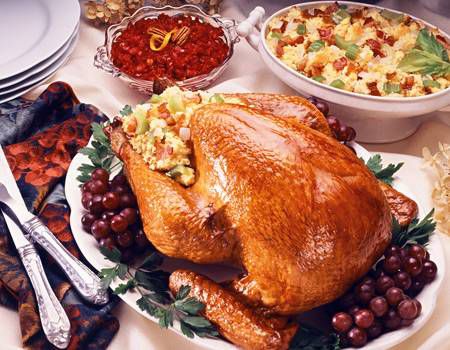 As the day of turkey carving, pumpkin pie slicing and boozy cider drinking descends this week, you might be worried about how best to deal with your family, no matter what brand of annoying they might be. Uncle Joe getting a little too talkative about his days “chasing skirts” in the Navy? Grandma nagging you about your parenting choices…or worse, your lack of children to parent? Mom looking pointedly at your plate and making comments about the lack of vegetables in your diet? Dad tuning everyone out in favor of a beer and football?

Before you resort to sarcastic under-your-breath comments, or a strong bourbon-laced aperitif, count your lucky stars; you could be breaking bread with one of these awful fictional families instead:

And for dessert, you’ll probably want to avoid inviting Minnie from Kathryn Stockett’s The Help to make the pie.