“3 On A YA Theme” is sponsored by  The Cruel Prince by Holly Black. 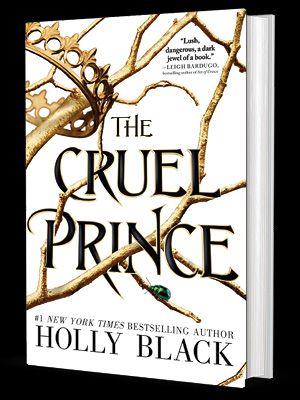 Jude was seven years old when she and her sisters were stolen away to the treacherous High Court of Faerie. Ten years later, she wants nothing more than to belong there, despite her mortality. But many of the fey despise humans. Especially Prince Cardan, the wickedest son of the High King.

To win a place at the Court, she must defy him—and face the consequences.

In doing so, she becomes embroiled in palace intrigue, discovering her capacity for bloodshed. But as civil war threatens to drown the Courts of Faerie, Jude will risk her life in a dangerous alliance to save her sisters, and Faerie itself.

To make navigating that list a little bit easier, as well as to help make more helpful entry points into YA for new readers, once a month “3 On A YA Theme” will highlight three big YA fiction titles hitting shelves. These will range from big, buzzy titles to titles which, while maybe not as big, sound like ones Riot readers would love to know about. Since I can’t read everything in time to post these pieces (though I do read an unbelievable amount of reviews of them), descriptions will come from Goodreads, with additional commentary where appropriate. These posts will also highlight one YA nonfiction title, as a way to round out the YA reading experience even more.

So let’s dive right into what you should hurry to put your holds on—or spend your cash on—for January 2018. 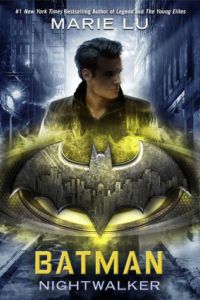 Before he was Batman, he was Bruce Wayne. A reckless boy willing to break the rules for a girl who may be his worst enemy.

The Nightwalkers are terrorizing Gotham City, and Bruce Wayne is next on their list.

One by one, the city’s elites are being executed as their mansions’ security systems turn against them, trapping them like prey. Meanwhile, Bruce is turning eighteen and about to inherit his family’s fortune, not to mention the keys to Wayne Enterprises and all the tech gadgetry his heart could ever desire. But after a run-in with the police, he’s forced to do community service at Arkham Asylum, the infamous prison that holds the city’s most brutal criminals.

Madeleine Wallace is a brilliant killer…and Bruce’s only hope.

In Arkham, Bruce meets Madeleine, a brilliant girl with ties to the Nightwalkers. What is she hiding? And why will she speak only to Bruce? Madeleine is the mystery Bruce must unravel. But is he getting her to divulge her secrets, or is he feeding her the information she needs to bring Gotham City to its knees? Bruce will walk the dark line between trust and betrayal as the Nightwalkers circle closer. 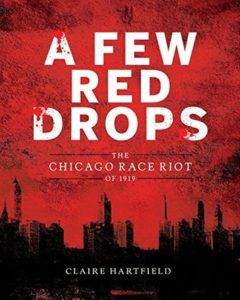 A Few Red Drops: The Chicago Race Riots of 1919 by Claire Hartfield (January 2)

On a hot day in July 1919, five black youths went swimming in Lake Michigan, unintentionally floating close to the white beach. An angry white man began throwing stones at the boys, striking and killing one. Racial conflict on the beach erupted into days of urban violence that shook the city of Chicago to its foundations. This mesmerizing narrative draws on contemporary accounts as it traces the roots of the explosion that had been building for decades in race relations, politics, business, and clashes of culture. 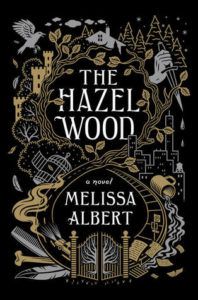 Seventeen-year-old Alice and her mother have spent most of Alice’s life on the road, always a step ahead of the uncanny bad luck biting at their heels. But when Alice’s grandmother, the reclusive author of a cult-classic book of pitch-dark fairy tales, dies alone on her estate, the Hazel Wood, Alice learns how bad her luck can really get: Her mother is stolen away—by a figure who claims to come from the Hinterland, the cruel supernatural world where her grandmother’s stories are set. Alice’s only lead is the message her mother left behind: “Stay away from the Hazel Wood.”

Alice has long steered clear of her grandmother’s cultish fans. But now she has no choice but to ally with classmate Ellery Finch, a Hinterland superfan who may have his own reasons for wanting to help her. To retrieve her mother, Alice must venture first to the Hazel Wood, then into the world where her grandmother’s tales began—and where she might find out how her own story went so wrong. 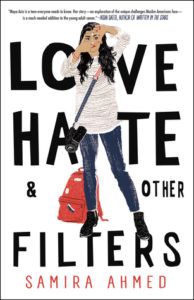 Love, Hate, and Other Filters by Samira Ahmed (January 16)

American-born seventeen-year-old Maya Aziz is torn between worlds. There’s the proper one her parents expect for their good Indian daughter: attending a college close to their suburban Chicago home, and being paired off with an older Muslim boy her mom deems “suitable.” And then there is the world of her dreams: going to film school and living in New York City—and maybe (just maybe) pursuing a boy she’s known from afar since grade school, a boy who’s finally falling into her orbit at school.

There’s also the real world, beyond Maya’s control. In the aftermath of a horrific crime perpetrated hundreds of miles away, her life is turned upside down. The community she’s known since birth becomes unrecognizable; neighbors and classmates alike are consumed with fear, bigotry, and hatred. Ultimately, Maya must find the strength within to determine where she truly belongs.