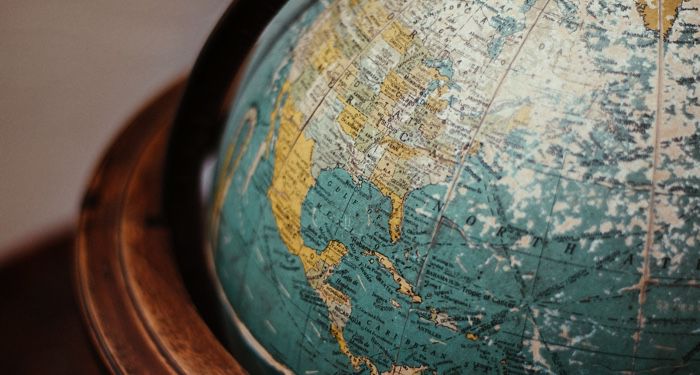 Why Do War Stories Appeal to Writers?

War stories have occupied an important place in literature since time immemorial. The purpose that war stories can serve is multifaceted. They can be told to legitimize war – to establish it as a means to achieve heroic status, or to legitimize political violence by turning it into a tale of valor and adventure, as is often seen in romantic epics. Literature can also be used to talk about the unthinkable horrors of war, as epitomized by the deeply moving poetry of the war poets writing during and after the First World War. Additionally, fictional narratives can be used to explore the why of wars – to understand why humans have, time and again, engaged in these socially sanctioned acts of violence and brutality. And probably the most unfortunate use of war in literature is as a prop – a compelling, high stakes setting for stories that might not fundamentally have anything to do with the war, and could be transplanted into a different context without much alteration.

Of all wars in human history, World War II seems to have a special appeal to writers and readers. It is, at least in part, because of the neat good vs. evil template it provides, with one of half of the world teaming up to defeat the Nazi regime. Thus, World War II has been featured in everything from superhero comics (which were highly popular in America during the second world war, and were used as a vehicle for wartime propaganda) to romance novels. It is worth noting that the good vs. evil narrative of World War II is retrospective – though the news of the extermination of Jewish people by the Nazi regime was available to the world as early as 1939, and was condemned by international organizations and allied governments in the early 1940s, there was little public outcry. The holocaust, and the full extent of the violence unleashed on different groups of civilians became publicly acknowledged only towards the end of the war.

The Ethics of Holocaust Fiction

The Holocaust, which resulted in the death of six million Jewish people, is one of the darkest episodes of modern history. In the decades following the holocaust, the world was still coming to terms with the horrors that it had allowed to happen, and the subject was treated with utmost care in literature. Fictionalized accounts of the tragedy were not common, though survivors’ memoirs were published. Of these, Primo Levi’s If This is A Man and Elie Wiesel’s Night are regarded as the most outstanding in their literary merit as well as their description of life in concentration camps.

However, as the actual event of the Holocaust receded further into the past, since the late 1990s, there has been an increase in the interest in literary explorations of the tragedy. In 1995, a memoir of the Holocaust by Binjamin Wilkomirski was published in English as Fragments, to critical acclaim. It was later debunked as fake by journalist Daniel Ganzfried, setting off a debate about the importance of authenticity in depictions of the Holocaust in literature.

The 2000s have seen a proliferation of fictional narratives about the Holocaust. This is a trend that has been observed in books targeted towards both adults and younger audiences. While the tragedy needs to be remembered, and the trauma of the violence needs to be addressed in literature, especially in this era of misinformation, commentators have concerns about readers’ and publishers’ interdependent enthusiasm for Holocaust fiction. Some of the books have been called out for historical inaccuracies. A notable example is the hugely popular novel The Tattooist of Auschwitz, which is supposed to be based on a true story, but errors were pointed out by the Auschwitz-Birkenau Holocaust memorial museum. Other concerns about these stories include the privileging of the non-Jewish savior narrative, as well as defining Jewish identity based on the Holocaust alone.

The Second World War has also been an appealing subject for the big screen, and many books of this era have been made into successful films, which in turn whet the public’s appetite for stories set during this time. An example is The Boy in Striped Pyjamas, which has since been criticized for its inaccurate depiction of concentration camps and life in Nazi Germany, which might have diluted readers’ understanding of the subject. However, the increase in interest in Holocaust literature is not an unambiguously negative development – it has roused interest about an event that should never be forgotten, among a generation of readers who had no direct experience with it. Night by Elie Wiesel has been featured on Amazon’s bestseller list multiple times since 2015, at times outselling popular World War II fiction.

The General Temporal Shift in the Setting of Literary Fiction

Many literary commentators have commented upon the general surge in historical fiction in the past years. James F. English attempted to distill such “retemporalization” of the settings of popular and literary fiction over more than 50 years, from 1960 to 2014. What he found was a clear move towards historical settings for literary fiction (for which he referred to the shortlists of the major literary awards), while popular fiction (represented by the Amazon bestseller lists) demonstrated a move away from historical fiction. I repeated the exercise for 2015 to 2021, using the top ten Amazon bestsellers and the fiction shortlists of the Man Booker Prize, the Pulitzer Prize, and the National Book Award. My results were largely similar, with a lot (almost half) of recent literary fiction featuring historical settings. The proportion of historical settings was considerably lower for popular fiction, though there seems to have been a sizeable uptick since 2010–2014, the last period analyzed by English.

English talks about possible explanations of this trend of increasing number of literary fiction works with historical settings. He refers to Fredric Jameson for a large scale explanation – the proliferation of historical novels is a reaction to our being unable to “organize past and future into a coherent experience” under late capitalism. Historical fiction achieves this by blending the past, where the story takes place, and, since the writer and reader both interpret the stories in the context of their own times, the writer’s present as well as the reader’s.

English also proposes his own small scale explanation. The temporal composition of some settings in literary fiction started changing in favor of the past around the 1980s. In 1981, Salman Rushdie’s novel Midnight’s Children, a magic realist exploration of the post independence history of India, was published. It would go on to win the Booker and the Best of the Booker awards. English posits that the acceptability of literary historical fiction was a result of the revamping of well known literary prizes, Salman Rushdie’s success, and the emergence of postcolonial studies as an academic field.

The more recent rise in the number of historical narratives in literary fiction coincides with the rise of exclusionary nationalist politics and the decline in democratic freedom all over the world. The Aggressive peddling of doctored versions of history that support a particular political narrative has been a common strategy for hyper-nationalist leaders. With this renewed focus on history in politics, an urgent need to reassess our pasts to understand the present is felt all over the world. As majoritarian regimes seek to homogenize by obscuring the contributions of marginalized communities, historical fiction enables these communities to find their rightful place in history.

The history of the Second World War has been written about extensively, but mostly from the point of view of white men. The stories from the eastern theatres of the war, the experiences and contributions of women and colonized people were largely absent from the popular narratives. With the resurgence in interest in historical narratives, many writers have found the space to write about these aspects of the war. Popular and critically acclaimed books like The Nightingale by Kristin Hannah, The Night Watch by Sarah Waters, and Elizabeth Wein’s heartbreakingly brilliant YA novel Code Name Verity center women’s experiences during World War II. Novels have also been written about the incarceration of Japanese Americans during World War II, including the popular When The Emperor Was Divine by Julie Otsuka, while books like The Shadow King by Maaza Mengiste chronicle African and Asian countries’ experiences of the war.

The narrative, however, is far from complete. The mainstream perception of the Second World War is still Eurocentric. Winston Churchill is still regarded as a hero who won the war on behalf of the forces of good, and the most acknowledgement of any opinions to the contrary is often affording him the status of a “problematic fave.” The contribution of other forces towards the outcome of the war is discounted. The horrifying irony of the man who cautioned “Famine and pestilence have yet to follow in the bloody ruts of Hitler’s tanks” causing, with his wartime policies, a famine that killed three million people in my home state of Bengal in India is not acknowledged.

I hope further explorations into historical fiction will help shift perspectives, our rage will find expression, and we will not have to contend with carefully made, critically acclaimed movies like Dunkirk, which erases the contribution of Indian soldiers and ends with a speech by Churchill that leaves a bitter taste in our mouths.