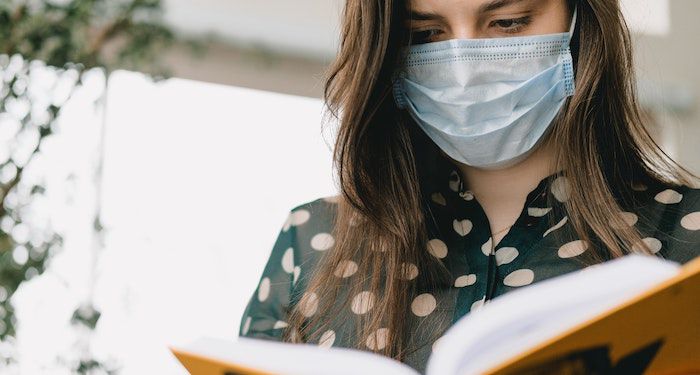 I am devoted to stories set in the past — be it historical fiction or books written long back. I only recently acknowledged my fidelity to the past, when I realized that I read stories set in the present day only rarely, and my brain simply refuses to engage with narratives set in the future. Historical fiction, which makes up the bulk of my bookshelf, is often an exploration of a tumultuous time in human history and what it might have been like to live through it.

In historical fiction, unlike older works of contemporary fiction, the writer, willingly or otherwise, sends their characters to the unfamiliar territory of the past with traces of their own present. When a reader reads the same book, they interpret the story of the past in the context of their present. And, I believe, herein lies the unique appeal of historical fiction — in the possibility of a conversation between different timelines, and in its promise to provide a context for the present.

Reading about people living through events that had shaken the world, and transformed ways of being, while living through a global pandemic, is a curious experience. One of the works of historical fiction that I read this year is The Eighth Life by Nino Haratischwili, set mostly in Georgia and Russia and spanning the 20th century. As I read about food shortages in Russia in the early 1900s, about the queues and crowds the protagonist Stasia had to brave in order to procure a meagre amount of provisions, I caught myself thinking — ‘but shouldn’t they be worried about the spread of COVID infections?’ For a moment, my mind had forgotten how to differentiate between the hardships of the past and the restrictions of the present.

How did we end up here again, in the middle of an international disaster? Weren’t we, with our science and our technology, our ‘efficient‘ economic systems, at a point where we only read about these crises in books, and scoff at the short-sightedness of the people of the past? But then, people living through any period of relative ease would have felt the same way. The scope of the havoc wreaked by World War I was unforeseen, as was World War II. When the influenza epidemic struck, the world was shocked to have been brought to its knees just when the scientific community was making great strides in the understanding of the causes and cures of diseases, and dreaming of invincibility. Human beings survive by forgetting. But the forgetting is not complete. The big picture of vulnerability is forgotten, while details are remembered. And which details are remembered is determined by the dominant narrative that has emerged from the last catastrophe.

Historical fiction has the power to resist the suppression of memory, to remind us of the histories that do not find a place in the mainstream. Some writers of historical fiction wield this power with great dexterity. The most effective historical fiction that I have read are written with strong emotions in the present day. Meena Kandasamy’s The Gypsy Goddess simmers with rage at the oppressive social structure still prevalent in India today as she talks about the massacre of nonconforming peasants in a Tamil village in the late 1960s. The feeling of being an outsider is strong in David Diop’s At Night All Blood is Black , where he writes about a Senegalese soldier fighting for France in the hellish trenches of World War I.

Emma Donoghue’s The Pull of The Stars, a novel of the influenza epidemic, is marked by frustration at patriarchal oppression and economic inequality. She chooses to spend most of the book talking about the experiences of women giving birth while battling the flu, not sparing readers the chilling details. When a male character claims that only men should have a say in the fate of a nation because they pay the ‘blood tax’ by laying down their lives in battlefields, the nurse protagonist gestures at the blood soaked maternity ward and tells him, ‘This is where every nation draws its first breath. Women have been paying the blood tax since time began.’ The path towards the representation of marginalized narratives is, however, not easy, especially if these narratives are not from the hegemonic west. Non-western narratives that are allowed international spotlight are often those about people who have a certain degree of privilege, or simplify complex dynamics of class and race for the benefit of the western readers — recent examples, according to me, being The Eighth Life and The Mountains Sing.

Large scale crises continue to affect different sections of the society differently. The current pandemic has deepened existing divides. Access to vaccines is glaringly unequal across the rich and the poor countries of the world. The isolation that the pandemic has brought with it has led to an increase in violence against women. As the economic slump led to job losses, the most vulnerable were the hardest hit. Our incredulity about having to live in constant fear, isolated, and anxious, comes from a position of privilege — there are millions around the world, in conflict zones, and in severely marginalized communities, who have not known a different existence.

So, in these dark times, what should be our takeaway from the poignant historical fiction that seems terrifyingly familiar? That history repeats itself, and nothing really changes? I think not. We should be humbled by the proof of our vulnerability that has presented itself through all of human history. But the historical fiction that I read is not just about disasters: it is about surviving them with grace and kindness. We might not have solved the problems of social inequality, poverty, and deprivation, but we have, with time, gained access to better tools to address injustice and greater scientific knowledge to understand the problems that plague us all.

There will be setbacks, but humanity will be moving forward. We can strive to be kind, and fight for what is right, so that we can make a small dent in the suffering involved in the process, and so that future generations do not recognize us in historical fiction as the generation that effed up.