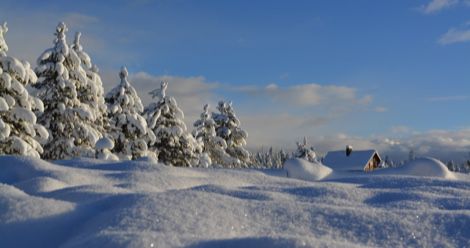 I’ve always preferred winter to summer. It’s a time for rest, cozy activities like reading, and reflection. Everyone knows that in the Northern Hemisphere, December 21st is the winter solstice, the shortest day of the year. Instead of lamenting the shortest day of the year, many winter poems focus on the fact that the days start growing longer again at the solstice. Cold, darkness, and the unknown can be powerful symbols, but these winter poems celebrate the solstice as a time for contemplation and renewal. 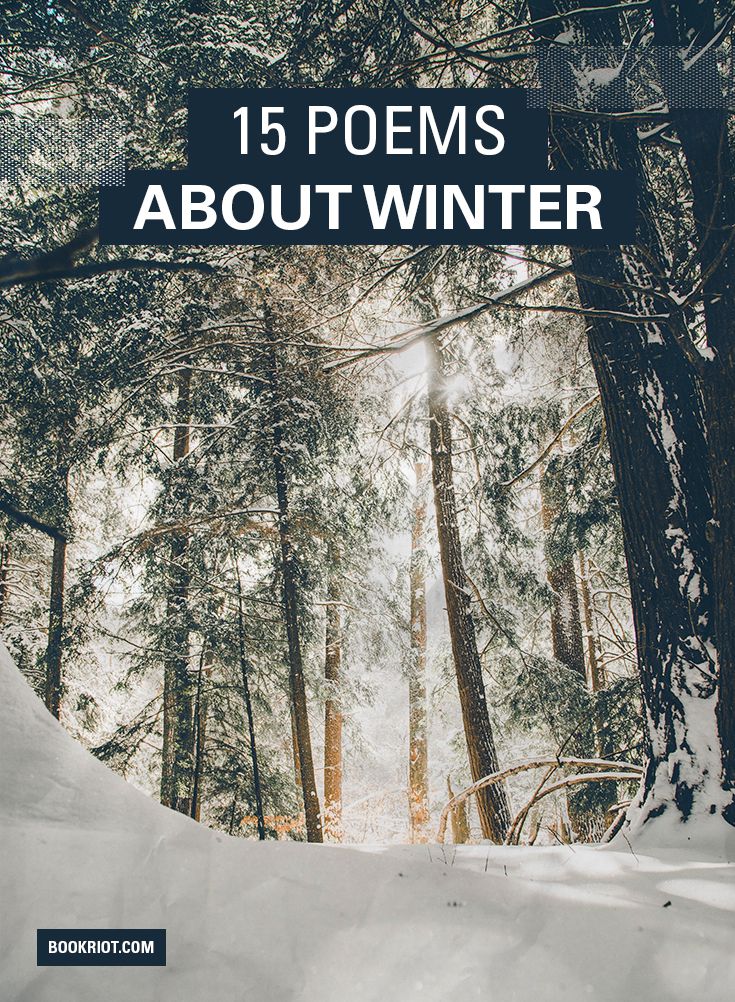 1. To Know The Dark by Wendell Berry

To go in the dark with a light is to know the light.


To know the dark, go dark. Go without sight,
and find that the dark, too, blooms and sings,
and is traveled by dark feet and dark wings.

The dark shadow of space leans over us…
We are mindful that the darkness of greed, exploitation, and hatred
also lengthens its shadow over our small planet Earth.
As our ancestors feared death and evil and all the dark powers of winter,
we fear that the darkness of war, discrimination, and selfishness
may doom us and our planet to an eternal winter.

May we find hope in the lights we have kindled on this sacred night,

Check Your Shelf Newsletter
Sign up to receive Check Your Shelf, the Librarian's One-Stop Shop For News, Book Lists, And More.
Thank you for signing up! Keep an eye on your inbox.
By signing up you agree to our terms of use
hope in one another and in all who form the web-work of peace and justice
that spans the world.

In the heart of every person on this Earth
burns the spark of luminous goodness;
in no heart is there total darkness.
May we who have celebrated this winter solstice,
by our lives and service, by our prayers and love,
call forth from one another the light and the love
that is hidden in every heart.
Amen.

3. The Shortest Day by Susan Cooper

So the shortest day came, and the year died,


And everywhere down the centuries of the snow-white world
Came people singing, dancing,
To drive the dark away.
They lighted candles in the winter trees;
They hung their homes with evergreen;
They burned beseeching fires all night long
To keep the year alive,
And when the new year’s sunshine blazed awake
They shouted, reveling.
Through all the frosty ages you can hear them
Echoing behind us—Listen!!
All the long echoes sing the same delight,
This shortest day,
As promise wakens in the sleeping land:
They carol, feast, give thanks,
And dearly love their friends,
And hope for peace.
And so do we, here, now,
This year and every year.
Welcome Yule!

All out-of-doors looked darkly in at him
Through the thin frost, almost in separate stars,
That gathers on the pane in empty rooms.
What kept his eyes from giving back the gaze
Was the lamp tilted near them in his hand.
What kept him from remembering what it was
That brought him to that creaking room was age.
He stood with barrels round him—at a loss.
And having scared the cellar under him
In clomping there, he scared it once again
In clomping off—and scared the outer night,
Which has its sounds, familiar, like the roar
Of trees and crack of branches, common things,
But nothing so like beating on a box.
A light he was to no one but himself
Where now he sat, concerned with he knew what,
A quiet light, and then not even that.
He consigned to the moon—such as she was,
So late-arising—to the broken moon
As better than the sun in any case
For such a charge, his snow upon the roof,
His icicles along the wall to keep;
And slept. The log that shifted with a jolt
Once in the stove, disturbed him and he shifted,
And eased his heavy breathing, but still slept.
One aged man—one man—can’t keep a house,
A farm, a countryside, or if he can,
It’s thus he does it of a winter night.

5. To Winter by Claude McKay

6. Those Winter Sundays by Robert Hayden

Sundays too my father got up early
and put his clothes on in the blueblack cold,
then with cracked hands that ached
from labor in the weekday weather made
banked fires blaze. No one ever thanked him.

I’d wake and hear the cold splintering, breaking.
When the rooms were warm, he’d call,
and slowly I would rise and dress,
fearing the chronic angers of that house,

Speaking indifferently to him,
who had driven out the cold
and polished my good shoes as well.
What did I know, what did I know
of love’s austere and lonely offices?

Midwinter spring is its own season
Sempiternal though sodden towards sundown,
Suspended in time, between pole and tropic.
When the short day is brightest, with frost and fire,
The brief sun flames the ice, on pond and ditches,
In windless cold that is the heart’s heat,
Reflecting in a watery mirror
A glare that is blindness in the early afternoon.
And glow more intense than blaze of branch, or brazier,
Stirs the dumb spirit: no wind, but pentecostal fire
In the dark time of the year.

What we call the beginning is often the end
And to make and end is to make a beginning.
The end is where we start from…

Every phrase and every sentence is an end and a beginning…

10. The World by Jennifer Chang

One winter I lived north, alone
and effortless, dreaming myself
into the past. Perhaps, I thought,
words could replenish privacy.
Outside, a red bicycle froze
into form, made the world falser
in its white austerity. So much
happens after harvest: the moon
performing novelty: slaughter,
snow. One hour the same
as the next, I held my hands
or held the snow. I was like sculpture,
forgetting or, perhaps, remembering
everything. Red wings in the snow,
red thoughts ablaze in the war
I was having with myself again.
Everything I hate about the world
I hate about myself, even now
writing as if this were a law
of nature. Say there were deer
fleet in the snow, walking out
the cold, and more gingkoes
bare in the beggar’s grove. Say
I was not the only one who saw
or heard the trees, their diffidence
greater than my noise. Perhaps
the future is a tiny flame
I’ll nick from a candle. First, I’m burning.
Then, numb. Why must every winter
grow colder, and more sure?

11. In the Bleak Midwinter by Christina Rossetti

13. The Cold Earth Slept Below by Percy Bysshe Shelley

Below is Shakespeare’s poem set to music by John Rutter.

What are your favorite winter poems? Want even more poetry coverage? We got you.