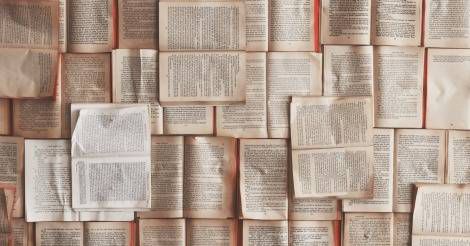 What makes a classic a classic? I have asked myself this question over and over again. We all, throughout our lives, come in contact with the Literary Canon. We are told how great the works it comprises of are. There is an expectation that we will read some—if not all—of them, at one point or another. I have already discussed elsewhere the issue of finding the right time in ones life to read that canon, so I will not get into that here. Rather, the question I want to ponder upon is: how are these works different than all the other works we encounter in our lives? Why should these particular ones survive throughout the centuries, while others fall into obscurity?

I should take a moment to point out that I am not a literary historian. Experts in the field of literature, I am certain, have dwelt upon this question and continue to do so. In the area of classical antiquity, where my specialty lies, the answer is more straightforward. The works that comprise that canon were deemed worthy of being taught. There is a reason why we know Homer and don’t have almost anything left of the other poems from the epic cycle that were written about the Trojan war (the sources mention several, in passing). The Iliad and Odyssey were copied numerous times.

From the ancient trash piles and at times within the mummy wrappings of Roman Egypt, scrap papyri, written by the hands of students and filled with mistakes, emerge. Monks in medieval monasteries created copies and translations of these and other works. Byzantine authors (such as Empress Eudocia) used lines from Homer or Virgil then to retell Biblical episodes. The list goes on. The point is, Homer, Ovid, Euripides, Virgil, Seneca, Sappho, and others escaped obscurity. They endured through time not only because their works were beautifully written (which, they were), but due to the fact they tapped into issues so universal to humanity that they transcend time and culture.

What is true about those works is also true about the works in the more recent literary canon as well. Long after their original publication, they nevertheless remain relevant and resonate. That is not to say that there aren’t problems with the canon. Nor do I think that every single work can (or should) resonate with everyone. There are authors that, no matter how hard I try, I cannot get through. Perhaps the right time has not arrived for those works in my life, but perhaps it never will.

There are other issues, as well. I think we can agree that there aren’t enough women, let alone authors of color, whose work has made it to canonical status. There is also the issue of the canon’s Eurocentricity. This conversation is becoming more and more prevalent, which is really important. Yet I would like to make the argument that many of the canonized works will remain so, because of their meditation on important issues.

Recently, the NYPL did a phenomenal podcast episode about Frankenstein, called Frankenstien, Our Dark Mirror. It struck me that more than 200 years after Mary Shelley wrote it, her work continues to find itself applicable to all kinds of topics, from science ethics, through race relations in the United States, to climate change. The question at its core is one about responsibility—both that of the creator and more broadly of society. Of course, it does not escape me that Frankenstein itself is a retelling of an even older tale. The Modern Prometheus, Shelley called it. Here we have an issue humanity has contended with for for millennia, and continues to.

Then, there is Shakespeare, the ultimate reteller. His plays vary between dramatizations of historical events and retellings of myths and fairy tales. The adaptation and applications of his works are numerous. I have enjoyed observing them and also learning about (The Folger Library’s podcast, Shakespeare Unlimited, is particularly useful for that). Across the world, over time, his verses have transcended time and culture, and have impacted people from all walks of life. (Though, to be fair, as with the ancient texts, there was a bit of luck involved too. If it had not been for Shakespeare’s friends assembling his works in the first Folio, he might have suffered Marlowe’s fate.)

Ultimately, to me, the power of the classic is its relevance. It can speak to anyone, resonate with many, and address questions and truths that are relevant and universal. That is what makes a classic a classic. That, and some luck.