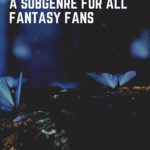 Fantasy is one of my favorite genres to read and fangirl over. The magic! The world-building! The unlikely hero! As a known fantasy fangirl, I’m often asked for fantasy book recommendations. “How hard of fantasy are you into?” I usually ask, mentally preparing a customized list based on my favorite high fantasy and low fantasy books. And then they ask for something middle-of-the-road—middle fantasy if you will—and my brain short-circuits. Middle fantasy? That’s an option? It sure is!

What is Middle Fantasy?

Back in the old days, fantasy was just fantasy, but these days we’ve branched out and established several different sub-genres, the most notable of which are high or epic fantasy and low fantasy. The term “high fantasy” has only been around since the 1970s and describes books that are set in a fictional alternative world (think Middle-earth). Literarily, the term was used to differentiate between real-world and alternative fantasy world, but these days, it’s also taken on to mean the scope of magical elements in the story as well.

Most of the time, “low fantasy” is defined as simply “not high fantasy.” Usually, low fantasy novels start by adding fantastical elements to a real-world setting (think American Gods versus Middle-earth). Low fantasy adds a tablespoon or two of magic to the real world. But some fantasy books don’t fit neatly into one or the other, and it’s useful to think of high and low fantasy as having a dimmer switch rather than a straight on or off switch. Middle fantasy or mid-fantasy is a middle ground, the sub-genre for fantasy books that are high-ish but also low-ish. In middle fantasy, the rules are bent, known mythologies and folklores are explored, and magic abounds!

Here are a few of our favorites—all with varying degrees of fantastical elements to suit every lover of fantasy! 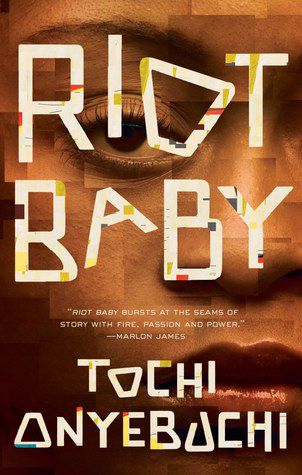 This dystopian fantasy shows the realities of racism faced by Black Americans. Ella can see the future, but her powers alienate her from her brother Kev. Kev was born on the day that the police who beat Rodney King were exonerated. The story alternates between Kev and Ella’s perspectives, and when Kev is arrested for being a young Black man in America, Ella begins to visit him through astral projections to show him the possibilities for a different future. 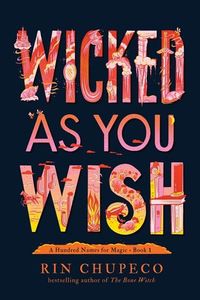 Tala is descended from a Filipina heroine and tied to the old, disappeared country of Avalon. Tala doesn’t really care about magic, though…until a legendary Firebird appears for the first time. Tala must travel from Arizona back to the magical kingdom of Avalon for a showdown that will change the world. 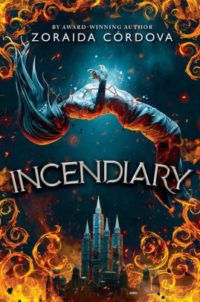 In a world inspired by Inquisition Spain, Renata is a memory thief, used by the Crown to carry out a devastating siege that killed many of her people. Now she’s part of the rebellion, where even the people who saved her are deeply suspicious. When the commander of her unit is taken captive, Renata must return to the palace where she discovers a fate-changing secret in her own past. 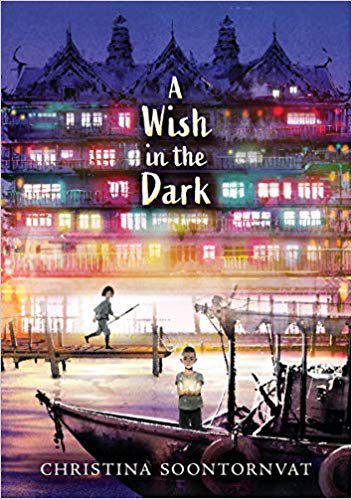 A Wish in the Dark by Christina Soontornvat

A middle grade retelling of Victor Hugo’s Les Misérables set in a fantastical Thai-inspired setting, this book offers a compelling take on social justice. The wealthy thrive in the lights of Chattana, but the poor remain struggling in the dark. Pong is born in a prison but dreams of living among the lights. When he escapes prison, he sees that Chattana is just as unfair and impoverished as the world he left behind. Nok, the daughter of the prison warden, tracks down Pong but begins to see that the truths she holds so dear might not be so true after all. 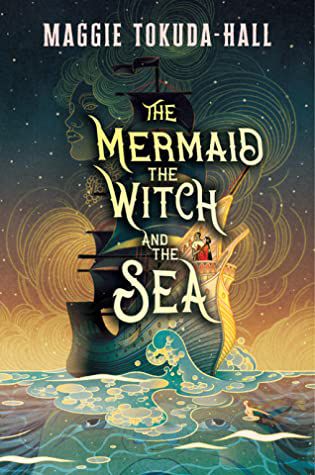 The pirate Florian, born Flora, has always done whatever it takes to survive. Florian comes aboard the ship Dove, which is flown under a false flag. Lady Evelyn is also on board on her way to an arranged marriage, but the one thing she isn’t counting on is falling in love with Flora along the way. When the captain and the rest of the pirate crew take the wealthy passengers hostage, Flora and Evelyn take their fates into their own hands. 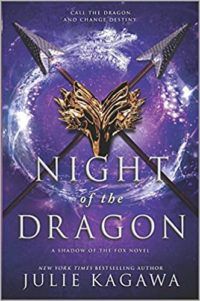 Night of the Dragon by Julie Kagawa

The final book in this trilogy inspired by Japanese mythology, kitsune shapeshifter Yumeko has given up the final piece of the Scroll of a Thousand Prayers. Yumeko and her friends have one final shot at stopping the Master of Demons from using the Scroll to call forth the Great Kami Dragon and to stop the empire from descending into chaos. 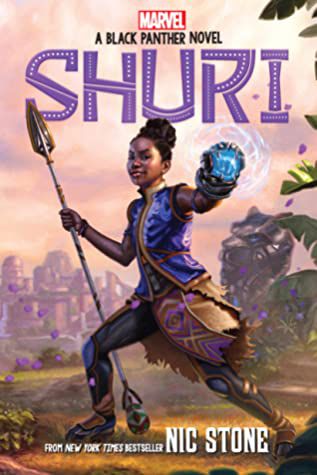 This middle grade story stars Black Panther T’Challa’s younger sister Shuri, a skilled warrior, princess, and science genius. The Heart-Shaped Herb has given the Black Panther his powers and helped Wakanda thrive for centuries. But when the plants start dying, they realize their supply is running out. Shuri must find out what is killing the Heart-Shaped Herb and save it before it’s too late. 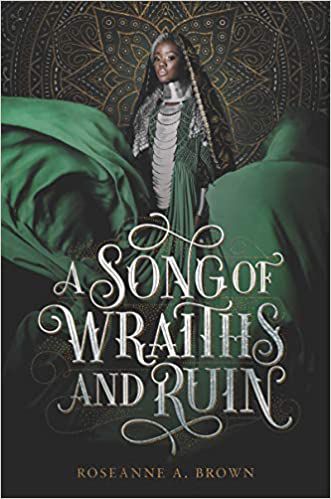 Inspired by West African folklore, the Solstasia Festival is a chance for Malik to escape his war-stricken home and start a new life in a new city. But a vengeful spirit takes his younger sister as payment to enter into the city, and so Malik and the spirit strike a deal. Malik will kill Karina, the princess of the city, to save his sister. Meanwhile, Karina is still reeling from the assassination of her mother and concocts a plan to resurrect her through ancient magic that requires the beating heart of a king. And she knows just where to find one. Malik manages to rig his way into a Solstasia competition that he thinks will help him with his plan. The prize? Karina’s hand in marriage. And Karina has her own plans for the competition. 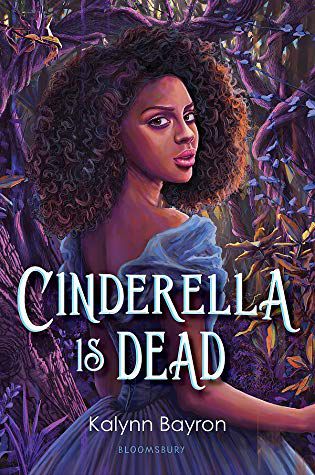 It’s 200 years after Cinderella’s happily ever after, and the fairytale is over. Every year, teen girls are required to appear at a ball where men select wives from the girls. The girls not chosen are never seen or heard from again. This is a big problem for Sophia, who would rather marry her best friend Erin than any of the eligible Princes Charming. At the Annual Ball, Sophia makes a run for it and hides in Cinderella’s mausoleum, where she meets Constance, the descendent of Cinderella and her stepsisters. Together, Sophia and Constance decide to bring down the king once and for all, and along the way, they discover that there is much more to the Cinderella fairytale than they ever knew. 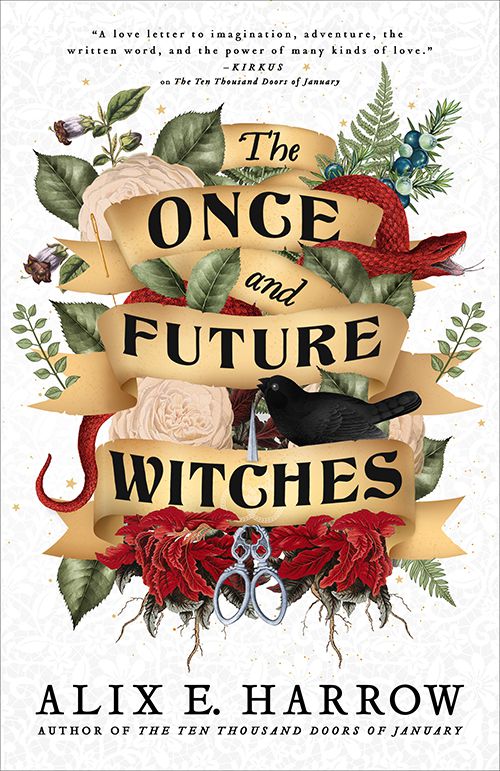 In the late 1800s, witches are just a memory, destroyed by the burnings in the years past. Now if a woman wants power, she finds it through the suffragette movement instead of magic. But when sisters James Juniper, Agnes Amaranth, and Beatrice Belladonna join the suffrage movement in New Salem, they begin to dabble in the forgotten ways and words of witches long gone and start to turn the women’s movement into the witches’ movement. 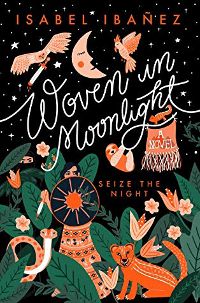 Woven in Moonlight by Isabel Ibañez

Inspired by Bolivian politics and history, Ximena is a decoy for the last Illustrian royal. Ximena’s people lost everything when Atoc usurped the land and drove out the Illustrians using an ancient relic. Word gets out that Atoc no longer carries his ancient relic, and when Atoc demands the real Condesa’s hand in marriage, Ximena steps in, revenge on her mind. If Ximena can find the relic, she can return the Illustrians to power. Using her ability to spin thread from moonlight, Ximena hunts for the relic, and along the way, she discovers that there could be another way to overthrow Atoc…but it means turning her back on revenge and her Condesa.

What are some of your favorite middle fantasy books? Let us know on social!