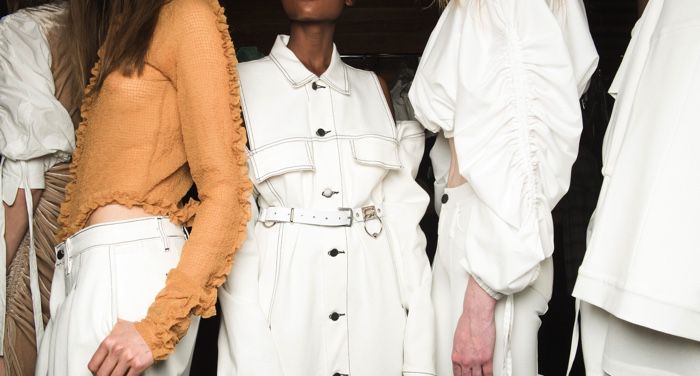 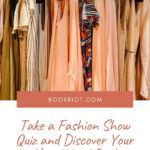 Everyone’s weird. Everyone. Most people try to convince themselves they’re normal, and then there’s a few of us who just gave up and decided to own our weird. But ultimately, we’re all really weird. Maybe it’s what music you listen to, where you like to eat, or even what you want to wear. Whatever it is, there’s bound to be a healthy dose of weird.

One of the most popular sources of weirdness is fashion. How many times have you seen something on a catwalk or in a magazine and thought, ‘Wow, that’s – odd?’ To me, high fashion doesn’t look like anything I’d want to wear; it just seems a bit strange. And yet, some of the most bizarre looks are incredibly popular. Another odd thing about catwalk fashion is that it isn’t designed to be worn. They’re clothes! How can they not have been designed to be worn?

Runway weirdness aside, what about weirdness in your reading? Weird fiction goes back as far as the late 1800s, with books like Frankenstein and The Metamorphosis breaking away from the literary norm. The genre developed from typically gothic fiction into kookier SFF in the 1980s.

Some of the best old weird fiction revolves around humans outmanned by something bigger and more powerful. The genre explores the other side of the coin; what if we aren’t the dominant species? What if there’s something out there that could step on us like ants? This is perhaps what makes them so terrifying.

Even in its early stages, weird fiction encompassed a vast range of possibilities; from ghosts and ancient gods to werewolves and vampires, there was a bit of everything. Supernatural stories were some of the first books considered ‘weird.’ However, books about werewolves and vampires are standard now, and we don’t consider those weird fiction anymore. New weird fiction has taken that ‘anything you can imagine’ trope and blown it up. The weird fiction being published today contains absolutely anything and everything, usually in bizarre combinations. Want a robot who thinks it’s an elf, and there are talking cars? Yep, check out the weird fiction shelf. Fancy a flying hippo that governs a small state? Weird fiction. Or what about a mushroom that gives you crazy-epic mind powers, but makes you grow fungi out of your ears afterward? Weird!

With all this weird flying around, why not put on a fashion show to get a great weird fiction rec?