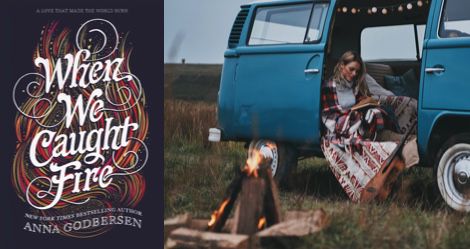 This giveaway of When We Caught Fire by Anna Godbersen is sponsored by Epic Reads. 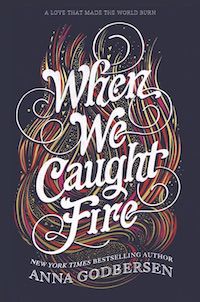 It’s 1871, and Emmeline Carter is poised to take Chicago’s high society by storm. Between her father’s sudden rise to wealth and her recent engagement to Chicago’s most eligible bachelor, Emmeline has it all. But she can’t stop thinking about the life she left behind, including her childhood sweetheart, Anders Magnuson.

Fiona Byrne, Emmeline’s childhood best friend, is delighted by her friend’s sudden rise to prominence, especially since it means Fiona is free to pursue Anders herself. But when Emmeline risks everything for one final fling with Anders, Fiona feels completely betrayed.

As the summer turns to fall, the city is at a tipping point: friendships are tested, hearts are broken, and the tiniest spark might set everything ablaze.

We have 10 copies of When We Caught Fire by Anna Godbersen to give away to 10 Riot readers! Just complete the form below to enter. Entries are open to residents of the United States (excluding Puerto Rico and all other US territories) and will be accepted until 11:44:59 pm, August 31, 2018. Winner will be randomly selected. Complete rules and eligibility requirements available here.