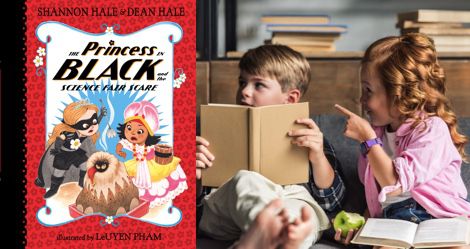 This giveaway is sponsored by The Princess in Black and the Science Fair Scare by Shannon and Dean Hale and illustrated by LeUyen Pham. 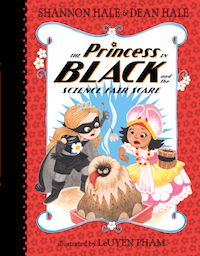 Princess Magnolia is excited. Excited and nervous. She’s going to the Interkingdom Science Fair today to present her poster about seeds and plants, and when she arrives, she sees that her friends are there too! Princess Honeysuckle made a mole habitat, Princess Sneezewort has built a blanket fort, and Tommy Wigtower has a talking volcano that’s saying “EAAAAT!” Wait, what? A surprise goo monster makes this a job for the Princess in Black, and the Princess in Blankets is on the scene to lend a hand. But will two masked heroes be enough to save the science fair? A little scientific problem-solving—and a lot of princess power—will make the sixth entry in the New York Times best-selling series a smash hit.

We have 10 copies of The Princess in Black and the Science Fair Scare by Shannon and Dean Hale and illustrated by LeUyen Pham to give away to 10 Riot readers! Just complete the form below to enter. Entries are open to residents of the United States (excluding Puerto Rico and all other US territories) and will be accepted until 11:44:59 pm, September 28, 2018. Winner will be randomly selected. Complete rules and eligibility requirements available here.