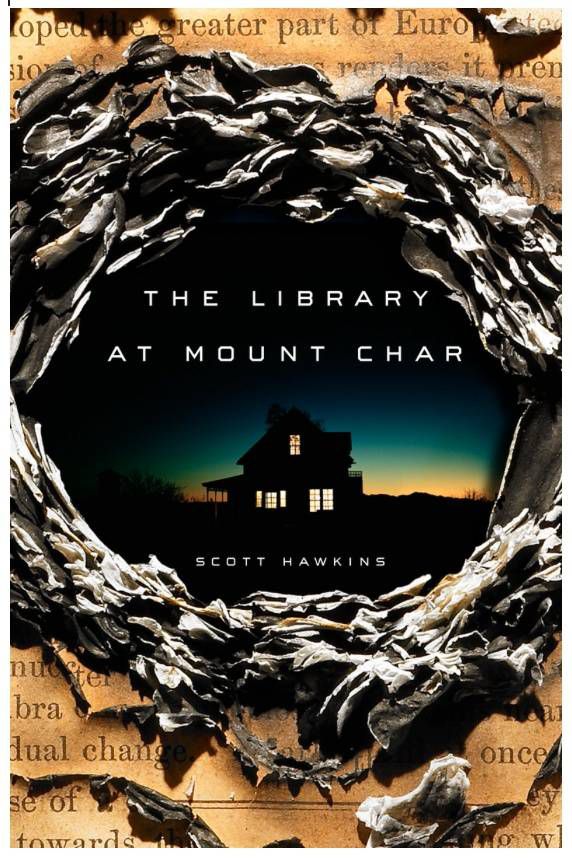 This weekend giveaway is sponsored by The Library at Mount Char by Scott Hawkins.

On the morning of the day she would later call “adoption day,” Carolyn was very much like any other eight-year-old girl. She woke up in her bedroom in her parents’ house in their neat little suburban subdivision of Garrison Oaks, had a bowl of Frosted Flakes, and helped her mother make a big batch of potato salad for that day’s Labor Day picnic. She did not know, as she mixed the ingredients into the bowl, that she and many of her neighbors would soon be orphaned, then forced into an apprenticeship that would teach them the secrets of the universe.

The man she would learn to call Father could do strange things. He could call light from darkness and resurrect the dead. He raised Carolyn and her dozen adopted siblings to study the ancient catalogs of his library, catalogs that imparted some of the secrets of his equally ancient power. They learned to resurrect, to speak to animals, to know futures that would never be, and to speak the languages of the world, with Carolyn studying English, French, and Japanese alongside the language of storms. When they disobeyed, the consequences were terrible.

Sometimes they wondered whether their cruel tutor might be God.

But now Father is missing, and if he truly is gone, the only thing that matters is who will inherit his library—and with it, the knowledge that would bestow power over all of creation. As Carolyn prepares for the battle to come, fierce competitors for such control over the world’s mysteries align against her, and what she doesn’t realize is that her victory will require a heartbreaking sacrifice.

THE LIBRARY AT MOUNT CHAR is equal parts gripping contemporary fantasy, riveting thriller, and vivid horror. Yet Hawkins’s masterful new novel is also marked by a deadpan, darkly playful sense of humor, with a quirky cast of characters including a Buddhist burglar-turned-plumber, a lion named Naga, a war hero who insists on being called Erwin, and the most terrifying killer ever to don a tutu.

We have 10 copies of The Library at Mount Char for 10 lucky Riot Readers! Just complete the form below to enter. Entries are limited to the United States and will be accepted until 11:59pm, Friday, June 26. Winners will be randomly selected.