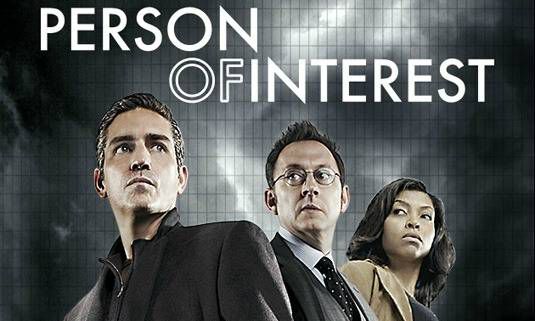 This is a guest post by Gina Dalfonzo, the editor of Dickensblog and the proprietor of Finch’s Book Club. She can also be found at https://litlover12.livejournal.com. She lives for the day when Harold Finch quotes from A Tale of Two Cities, her favorite novel. 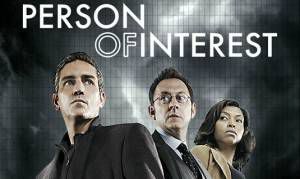 You may know, if you’ve seen the ads, that CBS’s Person of Interest is basically a crime drama with elements of sci-fi. If you follow the news at all, you may also know that the show’s premise—a machine keeps tabs on the population to help prevent crime—has become a pretty hot topic.

What you may not know, if you haven’t seen the show, is that Person of Interest is a book lover’s dream. You don’t have to be a technophile to get into it; you can enjoy it every bit as much if you’re the kind of person who reacts like Pavlov’s dog to the sight of books.

Interestingly, both the technology and the books come to us through the same character: bespectacled billionaire Harold Finch (Michael Emerson), a recluse who saves lives from behind a bank of computers inside his own super-secret abandoned library. As comfortable with a rare first edition as he is with a sophisticated piece of software, Harold is the kind of character who draws bookworms like a magnet. His employee, John Reese (Jim Caviezel), has the dazzling good looks and the muscle and the mischievous charm and, on occasion, the Batman-like brooding, but Harold . . . Harold has the books.

And those books aren’t just window dressing. Here, in chronological order, are my picks for the show’s five best bookish moments so far. I’ll leave out John’s introduction to the library in the pilot episode—that was a good one, but it was only a hint of things to come.

The first mention of Dickens. Drugged and held captive by a villain (who had thrown him off his guard by drawing him into a discussion of Kafka’s The Trial), a loopy Harold nonetheless managed to rattle off title, author, publication dates, and plot details of Our Mutual Friend. Rabid Dickensian that I am, I squealed—literally squealed—at the reference.

Discovering that John reads too. Maybe he was just trying to tease the boss, but seeing John Reese poring over Harold’s copy of Crime and Punishment, while Harold was trying to give him a new mission, warmed the heart. Though Harold gave him only an annoyed look and a demand for attention, you just knew that, deep down, he had to be proud.

The second mention of Dickens. In flashbacks, we learn about Grace (Carrie Preston), the fiancée whom Harold was forced to leave behind when he went into hiding. It turns out that one of the first things that Harold noticed about her was—direct quote—her “passionate love for Charles Dickens.” That one got me rocketing up out of my seat like a startled pheasant. Harold Finch loves a woman who loves Dickens! Seriously, could he get any more perfect?

The secret code. When Harold was kidnapped at the end of season one, John had to figure out his boss’s system for identifying people in trouble. This involved a mysterious telephone call and a strange code. Working feverishly in the library to decipher it, John suddenly realized that Harold’s code was based on—what else?—the Dewey Decimal System. At which point we viewers could only echo John’s admiring remark: “Finch, you sly dog.”

The proposal. When Harold proposed to Grace, in another flashback, he tucked the ring inside a hollowed-out copy of Sense and Sensibility. There are those who object to doing this sort of thing to books, and I do see their point—but with a couple of bookworms like these, I honestly can’t think of a better way to pop the question.

There have been many other great bookish moments throughout these first two seasons . . . and one or two that weren’t quite so great. (Let us draw a veil over the time that John’s new dog, Bear, got his teeth into a first edition of Asimov.) But I know of no other show on TV right now that so consistently and lovingly demonstrates the lasting value of books, even—or especially—in a world of screens.