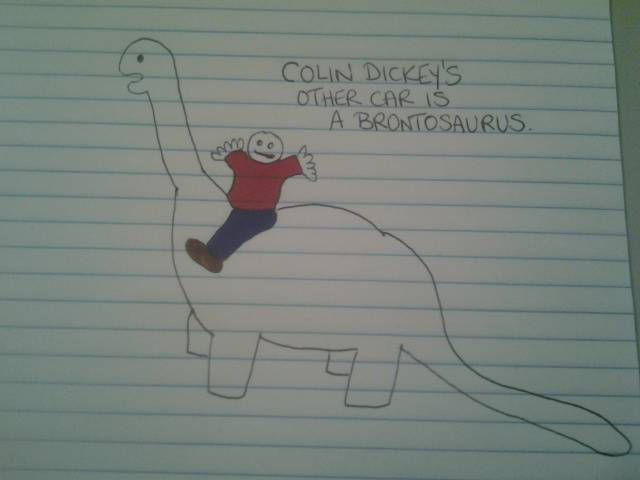 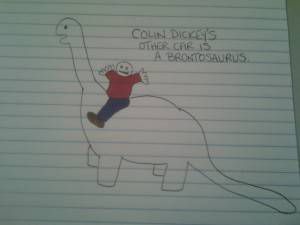 CD: I’d been in Santa Cruz for about a week before I saw a treehugger — like, a guy literally hugging a tree. 8 p.m., dark outside, downtown city block, and he’s just full-on leaning into this, I dunno, maple?, maybe oak?, fully embracing it and blissed out and every part of his body touching this tree, deep in meditation and/or on shrooms or ecstasy or what-have-you.

I mean, what I love about Santa Cruz is that although it’s got its hipster cafes with its $5 espresso featuring fair trade hand picked beans from shade grown co-ops, and its fancy Malaysian and Indian restaurants, and its hip bars featuring manhattans garnished with hand-burnt organic orange peels, and all that other good stuff–even with all of that, there’s still this part of Santa Cruz that is exactly how it was when I first started coming here in the early 90s: still obsessed with the Grateful Dead, still smoking non-medicinal pot on the streets, still playing awful music on battered guitars to raise enough change to get a killer burrito, always at the ready with a beat-up van covered in bumper stickers and political slogans or a wicked cassette tape of that amazing Phish show from Halloween, 1994. That part of Santa Cruz, which seems to have frozen in time the day Jerry died, which refuses to admit that the twenty-first century is upon us, it just continues rockin, God bless its merry soul.

In other words: it’s going great. Other than the dearth of off-leash dog parks…

LH: Speaking of dogs, yours recently had a brush with fame… 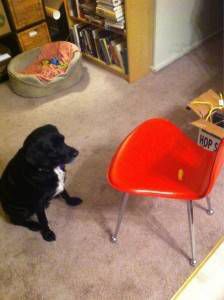 CD: My dog Alistair, who is an angel sent from heaven, had his fifteen minutes a few weeks ago in the wake of Clint Eastwood’s excellent performance art. As Twitter started blowing up with #eastwooding, I took a quick picture of my dog staring at a chair. My wife Nicole thought this was the dumbest thing in the world: she looked over at me dragging a chair into position, trying to get the dog to stare at it, and repeatedly told me to stop, to have some sense, to do something productive. Anyway, Alistair, who can develop a really intense look when he’s staring at a treat (you can still sorta see the piece of banana on the chair) produced a faboo photo, I posted it on Twitter, and within about an hour he was more famous than Nicole or I will ever be. A day later he’d landed on CNN and Good Morning America. Other pets also were photographed Eastwooding, but Alistair was easily the best. Take that, LOLcats.

Now his celebrity has totally gone to his head. He basically just sits around the house all day, doing nothing, expecting us to do everything for him.

LH: Did you get him an agent?

CD: My first question was absolutely how can we make money off of this. Good Morning America had emailed me and asked for permission to run his photo, which I thought was very nice of them, and I didn’t have the heart to ask them for cash. But CNN just showed the photo without asking for permission, so immediately I went to my mother, who’s a copyright lawyer, and asked if we could sue CNN for illegally showing Alistair on their failing news network. This ran into some problems: first of all, we couldn’t send them a cease-and-desist letter, because they’d already desisted showing it (thus, my mother had to school me on the fleeting nature of internet memes, which was painful), and we couldn’t sue for damages without showing somehow that Alistair’s success had imperiled our own.

Right now he has a manager and we’re working with a few production companies, but it’s all really hush-hush and I can’t talk too much about it.

LH: What are your general thoughts on the internet?

CD: To quote Herakles in Anne Carson’s Autobiography of Red: That’s not a question that’s an accusation.

LH: Is Autobiography of Red about a ginger?

CD: I thought we weren’t supposed to be talking about books….

Learning this blew my mind. Though I was instantly secretly hating the person who told me I can’t lowercase the Internet.

LH: Did you do anything exciting over the summer? Besides moving?

CD: So, over the summer, the neatest thing I did was read people’s heads. I’m trying to train myself to be a professional phrenologist so I can rent myself out for parties and that sort of thing and quit my day job. So I did this over the summer in San Francisco, which was great, except that I had just done about a week straight of readings, and I was exhausted and burnt out on people and so I ended up mostly just insulting people. Man, you do not understand how cool it is to run your fingers through a stranger’s hair while you tell them that they have no creativity, no genius, and that they are terrible with kids and/or pets. For reasons that I’ll never quite understand, people find all this really funny; somehow, I was the hit of the night. Except for this one lady: she was an art critic, and I told her the reason she was a critic and not an artist was that she had a fear of failure and no originality. So, she wrote a review the next day and said some not-kind things about my skills as a phrenologist. Which, I suppose, I deserved.

LH: Wait – you were telling these people not-nice things because you were trying to be a jerk, or because it was the truth and you were doing a poor job of presenting it delicately?

CD: Back when I worked in a coffeeshop, I found that the meaner you were to the customers, the better your tips were. I think people like being insulted by strangers, especially if they assume (with good reason) that said stranger is not actually insulting them but just being funny. If I was having a bad day at work and someone came into the cafe and I said, “Go away,” even if I was dead serious and looked at them with daggers for eyes, they’d invariably laugh good-naturedly and then tip me twice what they would have if I was being kind to them.

Who knows why people are the way they are.

So the thing about phrenology: the bumps can mean anything you want them to mean. It shouldn’t come as a complete surprise to anyone that it’s not an exact science. So, people I like, I can talk about how great they are at memorizing things, how good they are with pets, etc. Or I can look at the exact same skull and say that this person has no imagination. But I generally got more laughs and a better response the more cruel I was. So, to answer your question, it was sorta the truth, but people like you more if you’re a jerk.

LH: I understand what you’re saying – I employ those tactics with boyfriends. What interests you about phrenology?

CD: I’m always interested in dead ideas, embarrassing missteps, historical failures, and terrible misconceptions–particularly when they have had a depressingly large impact on human culture. Phrenology fits those criteria…

LH: Have you considered the idea that you might have twice as much business if you let Alistair read people? You could act as his interpreter.

CD: I brought Alistair to my first phrenology reading! He was a big hit. But I kinda think training him to run his paws over the bumps of someone’s skull might be a tad too much, even for such a genius of a dog. Maybe if I started by burying jerky treats in people’s hair.

Colin Dickey is the author of Cranioklepty: Grave Robbing and the Search for Genius, and Afterlives of the Saints: Stories from the Ends of Faith. His work has also appeared in Cabinet, TriQuarterly, LA Review of Books, and he is a regular contributor to Lapham’s Quarterly. He is the co-editor (with Nicole Antebi & Robby Herbst) of Failure! Experiments in Social and Aesthetic Practices. He lives in California.