Riot Headline House to Hold Hearing on Classroom Censorship Thursday
This content contains affiliate links. When you buy through these links, we may earn an affiliate commission. 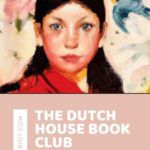 Ann Patchett’s The Dutch House is the book everyone is talking about right now. And I know this because when I visited my family for the holidays, more than one family member came up to me and asked if I’d read it yet. Word evidently spread over the end of the year, because when I went back to work, everyone was talking about this book there as well. 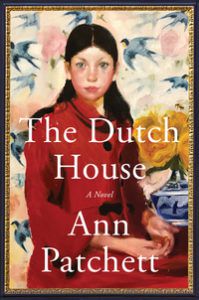 So what did I do? I decided to give into the hype and purchase the audiobook version of this novel. Several people told me this was a great audiobook (have I mentioned everyone is talking about this book?). Even better, America’s dad Tom Hanks narrates it. I sat back to listen to the novel and ended up finishing it over the course of two days. Now, I have thoughts. I have questions. And I’m here to share them with you in the hopes your book club will find them helpful!

The Dutch House: A Reading Guide

HarperCollins published Ann Patchett’s eighth novel, The Dutch House, on September 24, 2019. The novel tells the story of Danny and Maeve Conroy over the course of five decades. The siblings are raised together in the Dutch House by their father and their stepmother Andrea. But when Danny and Maeve’s father dies, Andrea forces the two out of the house. Left with no one else to care for them, Danny and Maeve spend the rest of their lives looking after one another in various ways. Danny Conroy narrates the novel as an adult looking back on his life, his sister, and The Dutch House.

Setting is very important in this novel, which takes place in Elkins Park, Philadelphia. In an interview with The Philadelphia Inquirer, Patchett explains that she set the novel here because she wanted a place that was close in proximity to New York, and she spent some time in Elkins Park when she was a student at Sarah Lawrence College.

How did these themes play out in the novel? And what other things obsessed you as you read the story of Maeve, Danny, and the house from which they were banished? Let’s talk through it.

What to do now that you’ve finished reading The Dutch House? Aside from the previously mentioned interview with The Philadelphia Inquirer, Ann Patchett has given a lot of great interviews about this book that could help enrich your book club discussion. Some of my favorites: this interview with Time, and this one with The Guardian.

Looking for what book to read after this? Ann Patchett herself gave some great recommendations based on Book Riot’s very own Read Harder Challenge. I know, cool, right?

Or maybe you want more stuff to talk about at your The Dutch House book club meeting? Here you go: a list of book club discussion questions for when you’re running out of things to say.