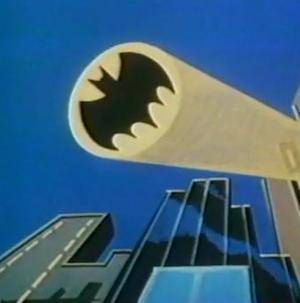 Two new first issues hit the stand this week. One is a creator-owned sci-fi comic that subverts exploitation film tropes, and the other is a “reader-friendly” event comic. How do they go about hooking the new reader? Let’s find out!

The Valiant #1 makes its debut from Valiant Entertainment, featuring some of my favorite creators: Matt Kindt and Jeff Lemire write the words and Paolo Rivera supplies the pretty pictures. This is the start of an “event” from the publisher, but they’ve made it very clear that this is “new reader friendly.” That alone gives me pause — events from Marvel and DC are typically created with a baked in understanding that you’ve got to be reading some of these books.

So, the question looms: Can I read this without having ever read any Valiant comic books?

The short answer is: yes.

It’s all in how the story is laid out and presented to you. From here on out, let’s assume we know nothing about Valiant or its universe of characters.

We open with a warrior, an immortal named Gilad. He faces some kind of evil entity in what appears to be an Aztec temple. The creature seeks to kill a shaman called “The Geomancer.” Gilad fails. The Geomancer dies. We move through the ages, and the creature morphs to match the culture of the era: a minotaur, then something akin to the Grendel from Beowulf. Each time Gilad fails, and each new iteration of the Geomancer dies.

We’re a little vague, too, but the story is clear.

And then we cut to the present. A young blond woman, who lets the reader know she’s the new geomancer. The story gets a bit denser here, more laden with exposition, but it never loses the reader. The young woman isn’t certain of her role or abilities. But because of the opening sequence — we already know the stakes.

Other characters are introduced: Bloodshot, an assassin turned hero with nanotechnology in his blood, is introduced in a simple scene that gives us a clear sense of who he is, and how he’ll probably be useful in a battle.

We end with a sense of looming threat. The entity from the beginning is returning. Gilad must assemble a powerful group to save the new Geomancer. It’s all there for the new or casual reader, and I’m intrigued enough by the haunted, cyclical nature of the Eternal Warrior’s battle to pick up the second issue.

We don’t know anything about X-O Manowar, except that he hovers. Should be handy.

Bitch Planet #1 also launched this week from Image Comics, created by Kelly Sue DeConnick (Pretty Deadly, Captain Marvel) and Valentine de Landro (X-Factor). Even just by the name and cover image, we can see that DeConnick is playing with exploitation tropes — specifically those found in ’70s “Women in Prison” films — reworked into sci-fi comic book form. So, let’s crack open the book and see what DeConnick and De Landro accomplish in the 24 pages they’ve got.

We start small — a woman runs through crowded city streets to get to her job, which is that of voice-over artist, recording an oral history for the convicted women currently on their way to another planet. A prison planet for “non-compliant” women.

This is a beautiful cold open, using this unnamed woman to give us a stylized voice that only adds to the connection of grindhouse films, while using complex comics layouts that ensure that this not not a movie on paper. De Landro presents us with some fascinating visuals: nude women in the purple-pink neon glow of suspended animation. These are not sexually suggestive views, but there’s some intentional discomfort here. It’s bold and right in your face.

Sidenote: if you read this digitally, and you switch to guided view for the second “double page spread,” you eventually slide to a panel that gazes directly up between one woman’s legs, even as the caption reads “And your wickedness…” This seems to point directly to the exploitation tropes while providing a scathing commentary. The level of craft at play here is brilliant.

After our title sequence, we move into story itself. A pink pop-star-like hologram welcomes the women into the prison. As the reader searches to connect with a relatable character, a prison riot breaks out, due to the, uh, non-compliance of inmate Penelope Rolle. Rolle is a large woman, a force of personality, who knows exactly who she is and doesn’t shirk from it.

Bitch Planet treats nudity with frankness and a distinct lack of “male gaze.”

Rolle is contrasted by the powerful Kamau Kogo, a woman who stands strong and doesn’t waste words. And both are contrasted by Marian Collins, the meek white woman who believes that she doesn’t deserve to be on Bitch Planet.

As we meet these women, we cut back to Earth, presumably to shed a little light on Marian Collins’ plight. Marian’s husband is talking about a mistake — his wife shouldn’t be sent away. Things have been worked out. It is, in fact, a mistake.

A well-paced, interwoven scene that pays off in a big twist.

The next set of pages looks at this story from Marian’s side and from the husband’s side, merging the two in a brilliant interplay of panels. I really can’t spoil things here, but there is a very clever and deftly handled twist that hits right about page 20, that completely reshapes this subplot and subverts our expectations. The final pages offer both tragedy and suspense as we’re left in a tantalizingly uncertain predicament.

I have to be honest — this is probably my favorite first issue in quite some time. We get a clever setup that calls to mind familiar tropes, then spins them on their axes, forcing us to look at our own expectations from a new angle — through new eyes. The characters, while archetypal, are relatable, and their plight is clear. DeConnick and De Landro present us with everything you want in a first issue — character, plot, and that something more that makes us sit up and notice.

This ain’t your daddy’s Caged Heat. This is feminist dystopian sci-fi by two creators at the very top of their game. Are you woman enough for issue #2?