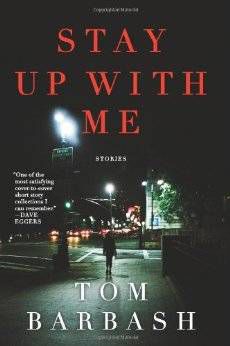 Jacob Tomsky succinctly summed up my feelings about short stories, comparing them to eating an appetizer rather than a whole meal. Sometimes that’s exactly the point! Rushing from place to place, in between checking for new posts on a multitude of sites and juggling home/family/work/life, the hope is that you can achieve some sort of balance. The short story is a delicious appetizer that makes me want more; and the best part is that short stories mean you don’t have to finish a whole book. At least right away.

Two new outstanding collections drop this month, and I’ve paired them with two of my other old favorites. All in all, literally hundreds of story morsels to choose from! 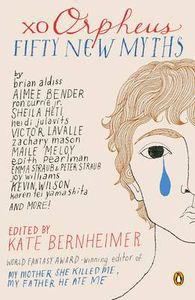 Book Deals Newsletter
Sign up for our Book Deals newsletter and get up to 80% off books you actually want to read.
Thank you for signing up! Keep an eye on your inbox.
By signing up you agree to our terms of use
I love a good fairy tale, so a collection of fifty re-imagined myths for the 21st century blew my mind. Edited by Kate Bernheimer and featuring all sorts of awesome writers, xo Orpheus is a self-described tribute-slash-retelling of the old classics, covering a wide assortment of cultures. Witness Odysseus and sleeping beauty in the same volume as the Kraken, changelings, and veiled prophets. Trickster Coyote in the big city; the father who returned from a land war in Asia and built a labyrinth; and fire and ice consummating at last. I mean really-when was the last time you thought about those tiny neat freaks, Brownies? Go ahead and try reading just one story, it’s as futile as resistance. 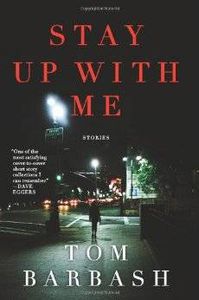 Stay Up with Me by Tom Barbash
The characters in Tom Barbash’s Stay Up with Me are all academics and/or creatives, big city dwellers with big hopes and dreams, and mostly huge domiciles. They are strictly upper middle class, university educated, and, one after the other, completely broken hearted. Perhaps this is a forward-looking glimpse into the life of the helicopter parent: not one couple is happily married (whether both parties know it, or not), mothers and fathers both are creepily invested in their grown children’s lives and relationships, and the most humorous story of them all focuses on an over involved tennis coach in an imaginary rivalry with the great Pete Sampras, who he describes as “a washed-up balding husband of a second-rate Hollywood starlet.” Heh. Barbash’s stories are not fairy related, but when you delve into human nature at its most banal-separation & divorce, holiday blues, growing old, singles ski trips, and late night booty calls to your ex–you enter a Grimm realm. 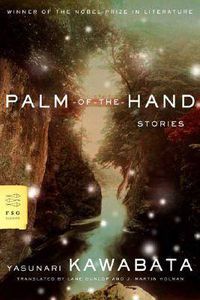 Like the best haiku, Yasunari Kawabata’s Palm-of-the-Hand Stories, breathtaking short-shorts ranging in length from one page to five, max, leave you cons umed with each painstakingly picked word. These stories whittle life down to its essentials, and are at once both fantastic and completely normal. Kawabata’s description of landscapes (hillsides on fire with the setting sun, a bough of scarlet silverberries in a field of rice patties, the play of light on a young girls breast) accompany stories of young couples falling in love, old men watching the passing of days, mothers getting their daughters ready for marriage. In short, every stage of life represented through achingly beautiful prose trimmed to give readers just one, perfect, peek into someone else’s life. 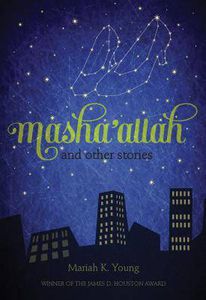 Masha’allah and Other Stories by Mariah K. Young

Mariah K. Young’s debut collection revolves around the city I grew to adulthood in, so I’m naturally a little biased. Beautiful but troubled Oakland, CA, is a city of people just trying to make it to their next job, meal, day, and Masha’allah and Other Stories’ colorful cast of characters are the polar opposite of Barbash’s white collar characters. Purposefully so.  Young found inspiration from research she was collecting to document underground labor practices, and writes about the undocumented, the migrant worker, hustlers, mamas trying to keep their children on the straight and narrow, and young students far from the ivy leagues. At once sympathetic and frustrating, you’ll fall in love with Young’s straightforward prose and storytelling poetics, and the characters she brings to life.