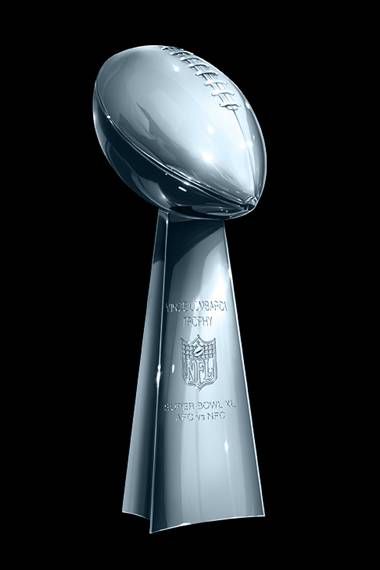 If you’re like an estimated 160 million people around the world, then you’ll be tuning in tonight to watch the Super Bowl, or at least the Super Bowl ads, and maybe some of the halftime show.* But whether you’re looking for something else to do this evening or—like me—are already planning ways to distract yourself from the inevitable NFL-offseason withdrawal, consider these fantastic reads that are, ostensibly, all about football.

Although it was heralded as a genre-bending breakthrough when it was first published, I didn’t discover this for myself until very recently. (True, I wasn’t yet born when it was published, but remained oblivious of anything DeLillo that wasn’t White Noise well into my 30s.) As with much of DeLillo’s later, better-known books, the commotion is in the language more than the plot, which is simple enough: the narrator, Gary Harkness, a blocking back on a second-tier Texas college team, balances his preparations for “battle” on the football field with his obsessive curiosity and conversations about a potential nuclear holocaust. The joy lies in the juxtaposition throughout, though at one point, a character tackles (so to speak) the football-is-combat cliché head on: “I reject the notion of football as warfare. Warfare is warfare. We don’t need substitutes because we’ve got the real thing.”

When I first picked up Bissinger’s chronicle of the 1988-89 Permian High School Panthers, I felt like I had discovered something that not everyone knew about—okay, maybe thousands of people, but not everyone. The 2004 film and 2006-2011 TV series based on the book have changed all that—though the movie and most seasons of the TV show are missing that little thing that makes the book a contemporary non-fiction classic: context. This ain’t Hoosiers. The real topics tackled in Friday Night Lights are issues of overt and latent racism, misplaced priorities, the fickle economy, and the disappointments and occasional flashes of brilliant opportunity that characterize the American Dream.

Ha. Yes, this book is about that other football (the one in which players, strangely enough, mostly use their feet), but since the theme here is books that aren’t really about football anyway, its greatness and accessibility (despite the occasional need for a British-to-American-English dictionary) earns it inclusion. While the English football soccer club Arsenal is the particular team in discussion, Fever Pitch serves as the best primer I’ve ever read for someone who might be wondering why and how a person can become so attached to any team or game: this memoir is truly about coming-of-age, obsession, a young person’s search for direction and community, and, at times, the border between reason and insanity.

How can I put this without overstating it: My all-time favorite book. (And the inspiration for this post.) What’s this “fictional memoir” about? Hmmm. Debilitating depression, drinking, familial dysfunction, daddy issues, dashed dreams, idol-worship, and, sure, football and Frank Gifford. But for me, the essence lies in the epiphany that is the underlying source of Exley’s angst and the title of his book:

I fought because I understood, and could not bear to understand, that it was my destiny—unlike that of my father, whose fate it was to hear the roar of the crowd—to sit in the stands with most men and acclaim others. It was my fate, my destiny, my end, to be a fan.

It is one of the most devastating lines I have ever read. For those of us who have chosen creative pursuits, Exley’s insight strikes at an unspoken fear, even if our goal is not fame or “to hear the roar of the crowd.” What if no one thinks we’re any good at what we do? What if we have no fans? One reviewer described the book as “written by a self-pitying autodidact for consumption by self-pitying autodidacts,” so I guess that’s why I like it so much — even though I would ultimately reject Exley’s conception of “fanhood.” It’s just so beautifully written.

But truthfully, I’m not sure I would have read it that first time if someone hadn’t said, “it’s about football.”