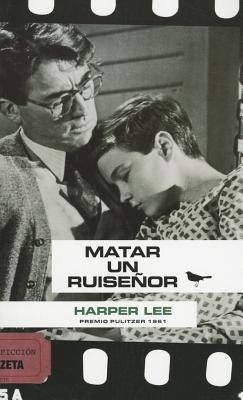 Last month, when talking about Batman V. Superman: Dawn Of Justice, I mentioned my favourite page of any Superman comic ever. It’s that one from All-Star Superman #10. You know the one, the one that shows up on social media any time anyone talks about suicide prevention or how Superman saved someone with the power of kindness. It’s a beautiful page, but it’s one that I want to unpack.

See, the beauty of that page is that if you see that page without context you completely get the meaning of what it’s trying to say, but there’s also a much wider context to that scene in All-Star Superman. It’s a context I’ve rarely seen people discuss simply because it’s very easy to just take that page at face value and, honestly, there’s nothing wrong with that because the face value of that page is just as important as thing else.

The easy thing to do here would be to mention how this page is foreshadowed. A couple pages prior, during a fight between Superman and Toyman’s giant robot suit because that’s the kind of comic this is, Superman saves a monorail from tumbling off of a broken track. Amongst the passengers who wave back at a smiling Superman, there’s a man who is talking to someone called Regan over the phone and telling them to stay in the apartment. This isn’t brought up again until four pages later when, in the middle of a conversation with Lois Lane, Superman hears that man’s voice frantically telling Regan to stay on the phone.

Superman immediately interrupts the conversation, telling Lois: “I have to go, Lois. Someone needs me.” This is is what leads into the immortal page and those five panels that capture the spirit of Superman, I think, better than any other comic page. Now, I want to remember that, at this point, Superman is dying. The framing of this issue is that Superman is enacting his last will and testament on Earth, performing his final acts in preparation for his death, and yet he still has time to stop and help Regan when she needs it. In Superman’s darkest hour, he is still there for us when we need it.

And it doesn’t stop there.

Near the end of #10 of “All-Star Superman,” Superman receives a warning from the 24th Century from a scientist telling Superman that he owes his life to Superman because his Great-Great-Great-Grandmother in the 21st Century owed her life to Superman. This warning alerts Superman to the fact that Solaris The Tyrant Sun is approaching Earth, part of Luthor’s plan to weaken Superman even more before facing him with superpowers of his own. Without this warning, Superman would have surely died at Luthor’s hands.

Because all these scenes take place in the same issue, I’ve always connected them. One of the reasons I feel like the warning that Superman receives is often overlooked is because Grant Morrison writes the dialogue in a strange futuristic text speak which may have caused people to gloss over it. Still, my point is this: the scientist in the 24th Century whose relative in the 21st Century owes her life to Superman? To me, that’s Regan’s Great-Great-Great-Grandson.

Why does this matter? Well, it matters because Superman didn’t just take five minutes out of his day to save someone. That page means so much more than simply that. Superman took five minutes out of his final preparations in his life to make sure someone got to live the rest of theirs. And that act of pure kindness rippled throughout time and allowed him to receive a message which, in the end, saved his life and allowed him to save the lives of everyone on Earth.

That one act of kindness rippled through time… and it saved the world.