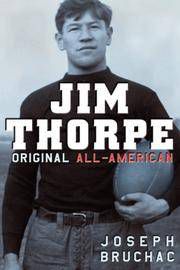 It turns out (thanks, Wikipedia!) that the last week in October is the only time all four major US sports are playing at once. I’m not much for watching sports (videos of the Boston and St. Louis orchestras getting partisan are another story, though), but even non-watchers of sports can appreciate a good sports-driven book. 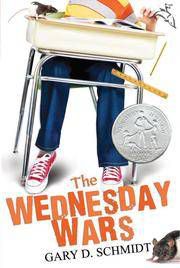 The Wednesday Wars, Gary D. Schmidt: This book would not exist without Shakespeare, but it also wouldn’t exist without baseball — even players who were getting paid (gasp) $18,000 a year. Raise your hand if you learned who Joe Pepitone was from Holling Hoodhood.

In Lane Three, Alex Archer, Tessa Duder: One of my favorites, long out of print in the US. Alex is a fifteen-year-old swimmer, aiming to represent New Zealand at the 1960 Olympics, but it’s a toss-up whether her biggest challenge is a rival swimmer or her inability to get out of her own way. In Lane Three is the first in a trilogy (quartet outside the US) that I would love to see reissued.

Deadline Artists: Any collection of great newspaper columns has to include a fair number of sportswriters. There are a handful of Grantland Rice and Red Smith pieces, Thomas Boswell’s ultimate listicle, and a tearjerker from Bill Plaschke.

Rome 1960, David Maraniss: If you’re intrigued by In Lane Three, Alex Archer, give this one a try too. From Cold War politics to Wilma Rudolph’s win to Abebe Bikila running the marathon barefoot, this Olympics had its share of stories. And even though you probably know who won most of the medals, Pulitzer-winner Maraniss still leaves you on the edge of your seat waiting to see what happens.

Seabiscuit, Laura Hillenbrand: When a book lives up to all its marketing hype, that’s something to celebrate. And Seabiscuit does, weaving the stories of everyone involved with the horse into a wider history of the 1930s, and celebrating the triumphs without overlooking the defeats.

Jim Thorpe, Original All-American, Joseph Bruchac: Jim Thorpe’s life is an easy source for a writer looking for melodrama, but Bruchac keeps the story grounded as it goes from rural Wisconsin to the Carlisle Indian School to the Olympics to disgrace to — did I mention it was dramatic? The book was published for a YA-ish audience, but somehow it kept making its way to my store’s  adult biography section.

Dairy Queen, Catherine Gilbert Murdock: I do not get football. I’m not really interesting in trying to get football. And I still loved this book, which is so much more about the mentality of football — and of small farms, struggling rural areas, loyalties, and weaknesses — than the game itself.