I don’t believe in the phrase “guilty pleasure.” I’m a huge fan of people reading whatever they like, without feeling like they need to make excuses. I’m also a fan of sex-positivity. Sex makes people feel good and without it our civilization would collapse. So why are we often so prudish about it? 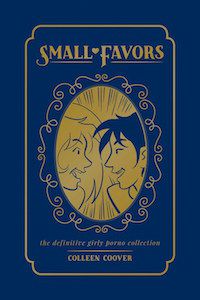 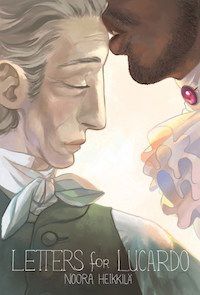 Letters for Lucardo by Noora Heikkila

Lucardo von Gishaupt is an immortal aristocrat, member of the mysterious and revered Night Court. Ed Fiedler is a 61 year-old scribe, employed at the royal palace. Love between a human and an immortal is never easy, but it’s usually hot and Noora Heikkila’s comic does not disappoint. A nice balance of plot and sex, Letters for Lucardo will have you quickly turning its pages, not just for the porn but because you’re rooting for these two lovers to make it work. But be warned, the first in a four-part series, Letters for Lucardo will not leave you wholly satisfied; as you turn the final page you’ll be begging for more. 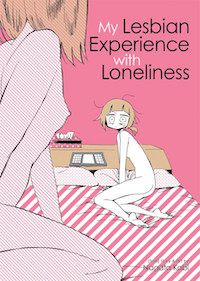 Ok, in terms of eroticism My Lesbian Experience with Loneliness is fairly tame. In fact, it’s more about mental health than sex. But with its honest depiction of anxiety and depression, I couldn’t not include it. Sex isn’t all stroking, tugging, and cumming—sometimes it’s difficult and uncomfortable, and maybe you just want to read a book that depicts that. Well, this manga about a painfully shy, depressed, 28 year-old virgin is just the ticket. And, if you like it, the sequel was just released by Seven Stories Press. 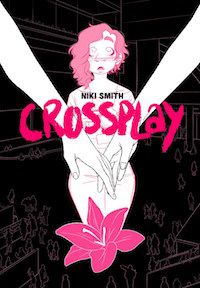 Featuring a wide array of characters, genders, and sexual preferences Crossplay is all about exploration, self-acceptance, and (of course) sex. A group of friends, home from college, meet up at Comic Con for a weekend of cosplay, crossplay (cosplaying as a different gender), and general geekdom. If your first year of college also led to a lot of questioning of your identity and sexuality you’ll find much to relate to here—and much to be turned on by. 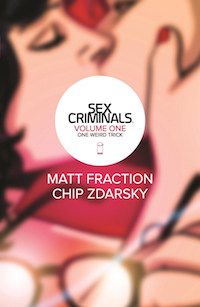 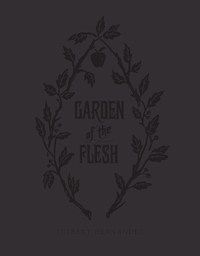 Garden of Flesh by Gilbert Hernandez 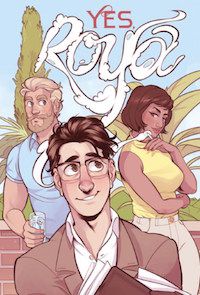 A polyamorous femdom comic that’s based (very, very loosely) on the creators of Wonder Woman? Yes, please. Yes, Roya is about aspiring artist Wylie Kogan who gets a chance to meet his idol Joseph Ahlstrom and Roya, who, Joe quickly realizes, is the true idol. Every combination on m/f/m is explored in this extremely sexy comic. But besides fucking—of which there is plenty—Trotman also explores poly relationships, race relations in the 60s, and what it’s like to try and make it as an artist. The historical details and tips on comics and art creation are icing on this deliciously sexy cake.

Before you go, I’d like to give a special shout out to Iron Circus Comics, an alternative comics publisher founded by C. Spike Trotman. Letters for Lucardo; Yes, Roya; and Crossplay are all published by ICC, and they also publish an anthology called Smut Peddler. Trotman and her press are dedicated to publishing strange and wonderful comics by unique and unheard voices. It was these three comics that inspired me to write this post in the first place. They don’t just publish erotica, but, as I’ve already opined, theirs is quality erotica.