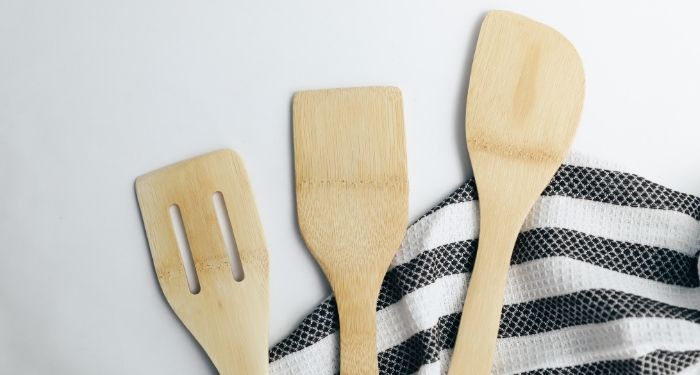 It comes to no surprise that I’m a bit of a book nerd, which means that I not only read the books, but I also listen to interviews given by their authors and read whatever cultural criticism I can on the books in question. This extends to cookbooks: not only do I love learning about and making food, but I also hearing what various chefs have to say about their recipes and respective writing processes.

As someone who edits and conducts sensitivity/authenticity reads for a living, it’s always fascinating to hear about a writer’s process. Cookbook writers have the added challenges of recipe testing and essentially fusing together an instruction manual with a memoir, all the while working with limited space. Because yes, that mac and cheese recipes looks amazing, but what inspired you to include it in the book?

In the last few years, I’ve noticed that many cookbook authors/chefs are embracing non-western ingredients and presenting them to wider audiences. Ingredients that were once “weird” or “stinky” or “foreign” are now found at the local Walmart. While I love seeing the likes of harissa, gochujang, and garam masala in cookbooks by famous chefs, I’m always struck by how some cookbooks fall short in terms of educating readers about these incredible ingredients or even correctly stating their names. Details such as these provide context to readers and help them understand that these ingredients, while widely available in 2022, have a long and storied history and were once as marginalized as the communities that created them. I’m not saying this to be dramatic, but wars and empires were fought and built on the basis of food, so how we present food is important.

Last year, I was excited by the publication of Cook This Book by Molly Baz, a former star of Bon Appétit‘s Test Kitchen YouTube channel. In her April 12, 2021, interview with Radio Cherry Bombe, Baz talks about famed Vietnamese cookbook author Andrea Nguyen, who was hired to do a “cultural read” for Cook This Book.

In the interview, Baz said that “I know that a lot of my food is inspired by other cultures, and it was really important to me that I pay respect to those cultures appropriately. [Andrea] helped me look through everything, and do a sensitivity read to make sure that I was properly attributing and crediting other cuisines and cultures where it was appropriate.” In the same interview, Baz states that “It’s surprising to me that that [sensitivity reading] isn’t a part of cookbook writing […] Doing your research and making sure that everything that you’ve said is sound and properly credited is just as important in a cookbook as it is in any part of academia.”

As someone who regularly does sensitivity/authenticity reads for authors, I was struck by the fact that I never considered that cookbook authors might also see some benefits to the service.

Back in June 2020, I watched in shock as the famous Bon Appétit Test Kitchen, of which Baz was a notable figure of, went through a racial reckoning, starting with the resignation of its editor in chief Adam Rapoport for posting a picture in brown face, fostering an insidiously racist workplace culture, hiring (and paying) white chefs to present cultural foods of the global majority, and a slew of other accusations. For example, about four years before the summer 2020 reckoning, Bon Appétit published a video that positioned a white chef as an authority on how to eat phở. The company issued a letter acknowledging that the “the video sparked a debate on the issue of cultural appropriation in food” and that their editors were talking about it.

All this goes to say that food has always been political. Whether it’s an immigrant community whose food has sustained its people through war and famine, or a community that must become creative with their dishes because they were never given the premium ingredients to cook with. It could also be a home cook whose dishes remind them of childhood. In any case, food is deeply personal, with power of place and community, so it’s important that cookbook readers are given insight into this. It’s not to shame readers or even lecture them. It’s an opportunity to welcome someone in and show them something special they can make for their loved ones.

More times than not, we see non-western foods packaged for predominantly white consumers in a manner that strips the food of its cultural history and heritage. I’ve seen traditional Indian ingredients pop up in western cookbooks without proper context or even the proper name. For example, an “Indian curry powder” might be used in a chicken marinade, when what you want is really garam masala. The term “curry” itself has a contentious history and while there are curry dishes that have evolved in the diaspora, the term has been used as a catch-all phrase for any spice that’s remotely related to the subcontinent. In these cases, a sensitivity/authenticity reader would note the presentation and offer the proper term, as well as advice on how to present the ingredient to readers, who deserve to know what they’re cooking, not just the ingredients.

Just month before Bon Appétit‘s reckoning, chef and cookbook author Alison Roman gave a controversial interview in which she criticized Marie Kondo and Chrissy Teigen, two women of color, for having merchandising deals. Roman is a prime example of watering down ingredients such as turmeric, tahini, and gochujang and seeing viral success using them in her recipes, such as with her famous (or infamous) recipe “the stew” (which clearly takes inspiration from South Asian, Middle Eastern, and North African flavors). Roman is a western chef using ingredients from a “global pantry” to make flavors. Her cookbooks regularly feature ingredients such as preserve lemons and gochujang in recipes that look delicious but haven’t always acknowledged where the ingredients came from. Don’t get me wrong, I still admire Roman’s food, but she does epitomize a penchant in the west for whitewashing ingredients and recipes of the global majority. By definition, a cookbook is used to educate readers on how to, well, cook. As such, it stands to reason that cookbook writers such as Roman take the opportunity to at least acknowledge where the ingredients they’re using (and making money off of) came from.

Food is constantly evolving, so I would never condemn a chef for taking advantage of the global pantry. It’s certainly something I’ve enjoyed doing. However, stripping foods from their cultural heritage keeps cooks distanced from the possibilities of their traditional use, but also erases the people who gave that ingredient or dish to the world.

Can a cookbook be considered successful if it does none of these things? Absolutely. And shoot, I would probably still try the recipe if it suited my palate. But can providing context and acknowledgement create more space at the table? Absolutely. Because when it comes to food, the more people, the better.