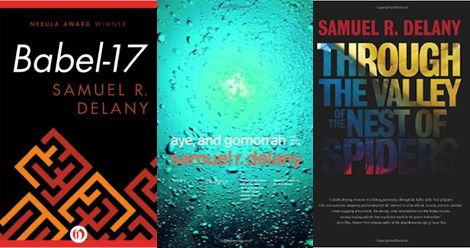 If, like me, you grew up rummaging through the sci-fi paperbacks at your local library, you know about Samuel R. Delany books. Delany is one of the classic sci-fi authors, one of the names you see writ large on paperbacks from the ’60s and ’70s, a peer of Asimov, Clarke, and Heinlein.

As a black gay man, Delany was one of the few diverse voices in science fiction in the middle of the last century. Because Delany writes from a perspective outside of the straight white male monolith that was most of classic sci-fi, his work has aged better than that of some of his peers. (I have found myself flipping to the front of the book to check the publication date on some of his work, only to find that something I thought was written in the ’90s was written 30 years earlier.)

It wouldn’t be a stretch either. Delany has written dozens of books and stories—including a fantasy series, controversial issues of Wonder Woman, and non-fiction—over a long period of time. His first novel was published in 1962. His most recent was published in 2012.

With a catalog like that, where do you start with Samuel R. Delany books? Here’s your reading list. 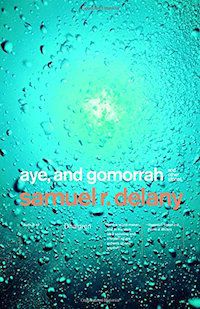 If you don’t know an author, a good way to check them out is by sampling some short stories and this is the most comprehensive Delany collection available. This book is contains both of Delany’s award-winners “Aye, And Gomorrah…” and “Time Considered as a Helix of Semi-Precious Stones,” as well as one of my personal faves, the Mars exploration tale “High Weir.” In fact, only an handful of his stories aren’t in this book. This collection ought to provide a wide enough range of Delany’s work, both sci-fi and experimental, to give you an idea of whether or not you want to read him. 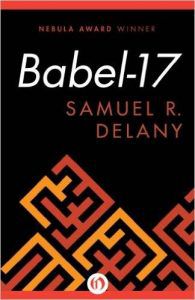 Babel-17, the story of a genius space captain Rydra Wong and her ragtag group of space travelers working to defeat a hostile power whose ultimate weapon is a language is my absolute favorite of Delany’s novels. It’s a space opera with an awesome cast of characters and truly imaginative sci-fi (the most dangerous jobs on a ship are done by ghosts of crew members) and Rydra herself is a big goddamn hero, created decades before “big goddamn heroes” were a thing. In fact, with the exception of some stray phone booths, Babel-17—which won the Nebula in ’66—could have been written today. 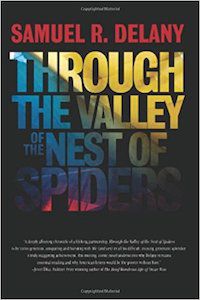 Through The Valley of the Nest of Spiders (2012)

I struggled with what to recommend for a third book, because Delany’s early work is a lot of fun, high-concept sci-fi, and that’s more my thing, but it’s not an accurate depiction of Delany’s whole backlist. He also writes about sex, and race, and what it means to be gay and some of that can get pretty dark. So, for a third book, you might want to head over to the deep end of Delany’s catalog, and check out his most recent novel, Through the Valley of the Nest of Spiders. Like a lot of his work, it’s speculative not strictly sci-fi, and pretty graphically sexual. Also, some of that stuff is pretty gross (like coprophagia) and some of it is upsetting. But the plot, which starts in 2007, follows the life of a young gay man as he grows up, falls in love, and negotiates that love. 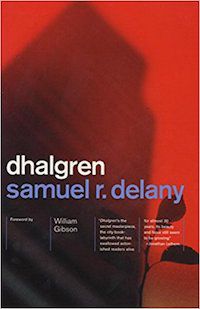 Dhalgren is Delany’s opus. It’s is such a challenging read that it’s been compared to Finnegan’s Wake. In fact, I am still working my way through it. Following a protagonist known as just The Kid through a post-apocalyptic U.S. to an isolated city called Bellona, where a mysterious disaster has occurred with truly bizarre after-affects, the book is an epic. It’s hard to say whether it’s science fiction, literary fiction, or magical realism. And it’s not an easy read. The narrative is often disjointed, and I could not tell you if the main character, who cannot remember his name, is even a reliable point of view character. But it deals with all the big Delany subjects: sex, race, identity, class, and time. Even if you can’t get through it, it’s worth a try.