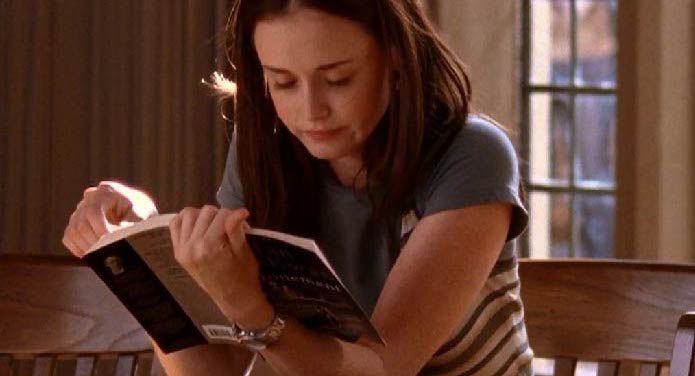 Rory Gilmore is one of modern pop culture’s OG readers. She made lots of us readers feel like we weren’t alone in our bookish quirks. But it wasn’t just Rory who was big on reading. In fact, the entire Gilmore Girls show constantly referenced books and authors, showcasing all the characters reading a wide range from Sylvia Plath to David Sedaris. There have been so many book references on the show that a Rory Gilmore reading list has been established, and readers are taking the pledge to complete every single book referenced or seen on the show.

It seems Patrick Lenton was the originator of the idea to read all 339 books mentioned in the Gilmore Girls show, but many other sites and readers have also shown they are up to the task as well. The original 339 books has since upgraded to 408 books with the added revival, A Year in the Life.

If you’re thinking of taking on the Rory Gilmore Reading Challenge yourself, prepare for a lot of doorstopper classics like Swann’s Way and Les Miserables and a whole lot of Shakespeare. But there are some fun ones in between, including books by the classic queen of mystery, Agatha Christie, and more modern writers like Margaret Atwood and Cheryl Strayed. There’s even a Goodreads group to chat with fellow participants about your favorites. Whether it’s a solo challenge or you want to check off some books along with your book club, taking the Gilmore Girls reading challenge will certainly add a ton of books to your TBR!

Here are all 408 books, in alphabetical order (plus some poems, but everyone seems to include these in the list anyway), that are referenced or make appearances in Gilmore Girls or Gilmore Girls: A Year in the Life. This list does not include authors who were referenced who had no specific work mentioned.

If you’re feeling overwhelmed and don’t know where to start with your Rory Gilmore reading list, check out Book Riot’s TBR and get tailored book recommendations personalized to your reading tastes!