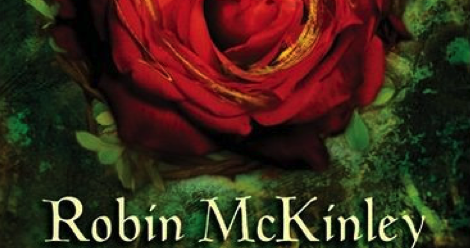 Every time someone says, “Oh yes, some white dude really invented YA,” I want to scream at them because that is blatantly untrue. People have been writing YA for a long time, but like a lot of things in life, it wasn’t given as much credit until some white dude does it.  PLEASE.

So let’s talk about one of these original YA authors today, shall we?  I present to you Robin McKinley. Robin McKinley was writing fiction that had young women as protagonists starting in 1978. I was introduced to McKinley when my Aunt sent me a copy of her first book: Beauty, which I fell in love with immediately even though it had this cover: 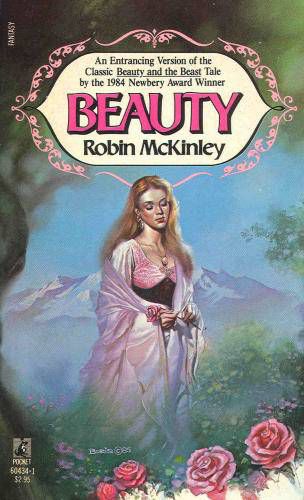 Side note: Because McKinley’s books have been out for a while, several of them have had multiple cover changes, some better than others.  Looking at them is like taking a journey through publishing trends.

Beauty was a retelling of Beauty and the Beast, obviously, but I loved it because it gave our main character some agency and it gave her this lovely family. She was awkward, and sometimes too stubborn (which I relate to), and her relationship with the Beast was slow and made sense in so many ways. 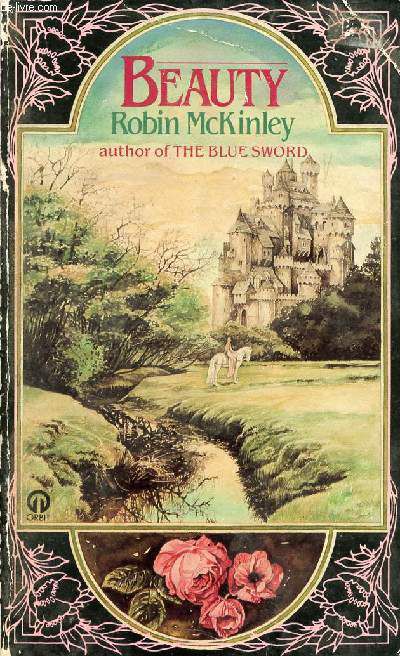 So after I read the cover off of that one (for a while I went through a phase where I wanted the dress on the cover, which, Sonja-reconsider your life choices), I found out she had several other books. Let’s talk about how Hero and the Crown was revolutionary for me. I mean, I had loved fantasy as a kid, but it was usually about adult men doing things or going on quests, and here we had a girl setting off on a quest and being her own hero and also, yes, LITERALLY slaying dragons. As a younger girl, it felt like someone had finally told me I could be the hero in my own story and I didn’t have to sit around and wait for some man to go on adventures. 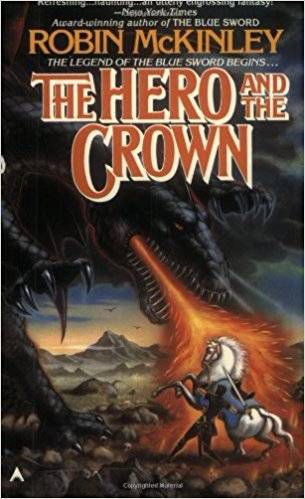 I do have to tell this story about The Hero the Crown though.  So, my brother read it first and tore out the last couple of pages LIKE A MONSTER, so I had to wait a couple of days to go to the library to find out what happened at the end of the book. It was top-notch older sibling trolling. Never forget.

After Hero and the Crown, I devoured all of McKinley. I read Spindle’s End, a retelling of Sleeping Beauty (to this day, I don’t think I’ve read fairy tale retellings that land in my heart quite the same way as hers did), and Outlaws of Sherwood (a little slower and not my favorite), more Damar, and her second retelling of Beauty and the Beast, Rose Daughter. It managed to be completely different, and just as interesting as her first try, and I was in awe. As I got older, I read Deerskin, a darker  fairy tale retelling around sexual abuse, but McKinley deals with it without brushing it off or robbing her character of trauma or agency just to get to a happy ending. (Male authors, take note). Sunshine remains one of my favorite vampire books ever, because it feels so realistic in some ways. 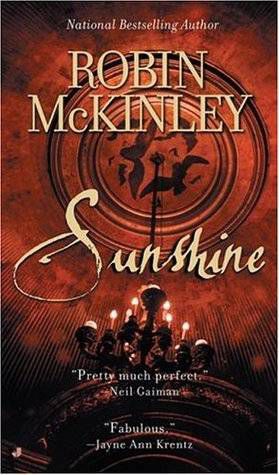 McKinley manages to build stories slowly, often with young women in central roles comes to terms with their role in their own lives. She builds out the relationships around these characters, and allows her characters to stumble and fall without punishing them. In a way, she helped me believe I could take control of my life and to be central in my own story, in a way that a lot of books I had been reading just didn’t allow. I’m not saying these books are perfect; I haven’t read some of them in a while, so I cannot vouch for them being problem-free, but McKinley was definitely a part of my proto-feminist development.

So, when people say things like, “Ah yes, this dude definitely created YA and changed the genre” I kind of want to punch them, because people like McKinley were putting young women front and center in the own stories as far back as the 70s.