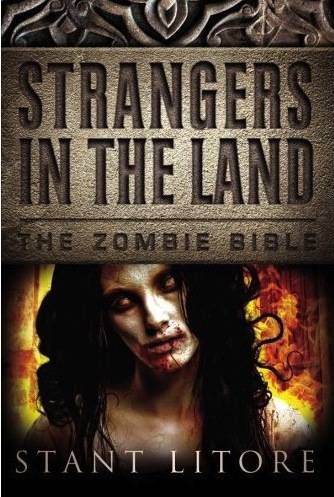 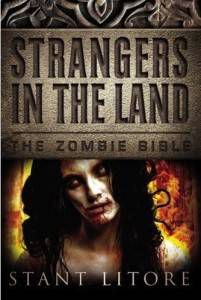 This round of the Riot Recommendation is sponsored by Strangers in the Land (The Zombie Bible) by Stant Litore.

The aging prophet Devora bolts awake in terror, gasping for air. In her dream she heard her mother’s shrieks as the ravenous dead pulled her from the tent. Devora had been only a girl then, crying as she listened to her mother’s screams and the tearing of her flesh.

And in the morning, when her mother rose—undead and hungering—Devora slew her.

This third volume of The Zombie Bible takes you to 1160 BC Israel as the walking corpses devour the tents and homesteads of the People. Four will stand against the dead: Devora, who sees what God sees. The slave girl Hurriya. Zadok, a legend among warriors. And the widower Barak, fighting to keep his vineyard free of this new peril. But can they stand together? For the living fear each other—fear the strangers in the land— as much as they fear the hungry dead.

And they’re groaning. Snapping. Hissing. Scratching. And biting. Oh, it’s the biting that’ll do you in. From the slow-moving hordes to the (rarer) freakishly fast loners, the undead invade our imaginations and infect our consciousness. In this installment of the Riot Recommendation, our request is simple: what are your favorite zombie novels?