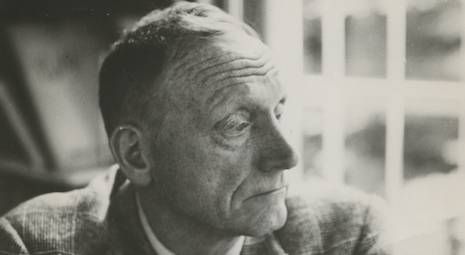 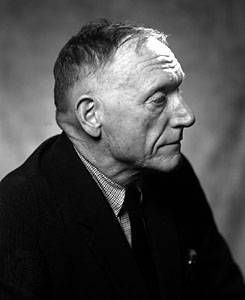 I first read Robert Penn Warren as a sophomore in high school. All The King’s Men was required reading and it is not an overstatement to say that this book changed my life. In the nearly two decades (yikes) since my sophomore year, I’ve read almost everything Warren ever wrote. Now, well into my 30s, I see that the questions that preoccupied Warren became my own obsessions: history, southern identity, civil rights, and politics. Whether that’s because I read Warren at a relatively young age or the reason that I love his books, I couldn’t begin to tell you.

Born in Kentucky in 1905, the young Robert Penn Warren did not aspire to a career in literature. After an accident that hurt his eyesight, Warren gave up on his dream of becoming a Naval officer in favor of studying English at Vanderbilt University. It proved to be a good decision. During the course of his six decade career, Warren won just about every major literary award out there. He is the only person to win Pulitzer Prizes for both fiction (once) and poetry (twice). He served as America’s first poet laureate and the NEH selected him for the Jefferson Lecture in 1974. Seven years later, President Carter awarded him the National Medal of Freedom.

Warren produced an enormous amount of writing across many genres (ten novels, sixteen poetry collections, plays, text books, and several works of non-fiction for adults and children). The five books below will give you a good introduction to Warren’s fiction, essays, and poetry at various points in his career. 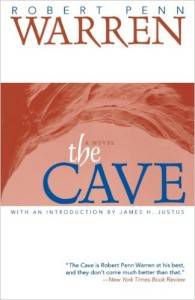 If you’re new to Warren, you’ll want to start with The Cave. This novel, published in 1959, marks the mid-point of Warren’s fiction career. This book takes place in the present and follows the entwined stories of two young men who plan to turn a local cave into a tourist destination. When war hero Jasper Harrick becomes trapped in the cave, his supposed partner, Isaac Sumpter, uses Jasper’s accident to stir up a media frenzy. The crisis brings out family secrets, long hidden desires, and religious fervor. Despite being nearly sixty years old, this book felt very contemporary when I read it. Warren is curious about news as entertainment, war’s invisible wounds, betrayal, culpability, sex, and family.

Next, read All The King’s Men 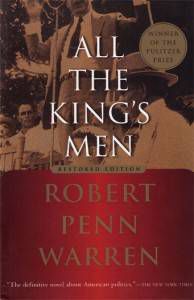 : Easily his most well-known work, this is the book that got me hooked on Warren. He won the Pulitzer Prize for fiction in 1947 for this fictionalized take on the populist Louisiana governor Huey Long. This novel is so much more than “just” a political novel. Warren tackles big questions in this book about the nature of power, corruption, love, family, memory, history, and southern life. I’ve read this book at least five times and find something new in it each time I return to it.

Over the years, I’ve probably bought fifteen copies of this book to give as gifts. It’s the book I use to say, “Here. This is who I am. If you can understand this book, you can understand me.” In fact, I made my then-boyfriend, now-husband read this book and talk to me about it before I decided if we could get serious (he liked it, we got married. It’s fine). 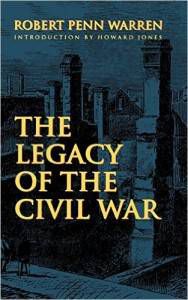 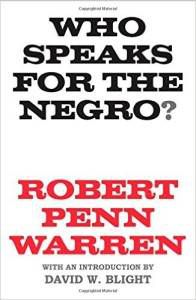 Warren’s interest in history was deeply connected to his commitment to contemporary political causes. In 1964, Warren traveled around the United States to interview Civil Rights activists for his book Who Speaks for the Negro? In addition to the otherwise forgotten volunteers in the movement, Warren spoke with James Baldwin, Stokely Carmichael, Malcom X, and students at Tougaloo College. The book includes selections from these interviews and Warren’s reflection on their conversations. It is not an oral history or a work of history in a technical sense. Instead, Warren’s book was “an attempt to find out what [he] could find out” about the Civil Rights Movement while it happened. The Robert Penn Warren Center for the Humanities has made the original recordings of these interviews available online via the Who Speaks for the Negro Archive. 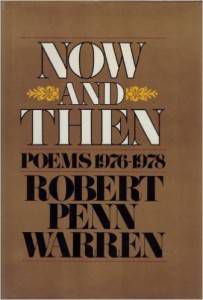 Finally, read some of his poetry. He did win the Pulitzer for it twice! Warren won his second poetry Pulitzer for Now and Then: Poems, 1976-1978. The latest work I’ve included on this list, these poems will give you a sense of an older Warren. If you just want to sample Warren’s poetry, you can read several of his poems online courtesy of The Poetry Foundation.

I feel I should include a quick note about one book not to read: Warren’s biography of John Brown. It’s his first book and, although it showcases the themes that he’ll come back to in his poetry and fiction, it’s just not that good. There are other, better, and infinitely more readable biographies of Brown out there (like Tony Horwitz’s Midnight Rising).

If these catch your eye, I can’t wait for you to find his epic poem about the murder of a slave by Thomas Jefferson’s nephew. It’s great but not his most approachable work.