I wish we could talk about our reading preferences without invoking the health or state of literature every time, as if Literature is a Fairy that will drop dead somewhere if someone says they don’t believe in it. I like learning about people’s reading habits, and I wish we could just leave it at that.

What am I on about? This article, in which we learn that you must finish every book you begin. I’m not sure there’s a lot of reason to respond to this kind of talk, because that’s the sort of imperative command that you, Dear Reader, probably know what to do with unconsciously. You either go “I do!” or you go “the hell I will.” Unconsciously, you either plow through books, or you give up and wander off to greener pastures. 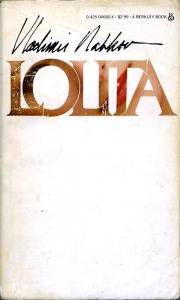 Even looking at the cover of the edition I read sets my teeth on edge.

It got me thinking about the last time I forced my way through a book, though. It was Vladimir Nabokov’s Lolita. A classic of literature. Widely taught and widely hailed, it is definitely A Great And Important Book. And I’m sure it’s all of these things, but…god, I hated it.

It was boring (to me anyhow). The language was pretentious. The characters were dull. The plot went on and on and seemed determined not to arrive at any kind of resolution until I had confessed to all the crimes I had done, or something.

I can’t remember why I kept reading it. It wasn’t even for school or anything, so I had no excuse. Somehow I had got it into my head I was going to finish this stupid thing, and I did. I remember reading the last 50 pages standing upright (to stay awake), reading them at the speeds I normally read the conclusions of books I’m in love with…but this time, it was desperation, trying to get out of this damn book so I could go read something else. Anything else. It was like pulling a massive all-nighter on the last day of a long driving trip, just to get it over with.

It was the most miserable reading experience of my life. And it had some effects. For one, I actively resent both the book and the author now. I couldn’t help it. This was a form of aversion therapy. Perhaps if I had put it down and wandered off, I might have come back to the book a few years later and tried again. Or perhaps I would have gone “maybe it was just this one, let’s try some other Nabokov.” Neither of these things have happened in the intervening two years since I jammed Lolita up my nose. Examining my feelings now, I loathe the idea of that book, or Nabokov. You would think he slashed my tires or something, but no. It’s all because I forced my way through a book I hated.

So if we are considering whether or not it “hurts literature” for us to finish or not finish books, we can mark this down as a “hurting literature” moment. Because if Nabokov is a super important author that we should read…I am not going to read him. Forcing myself to finish the book cost me that. 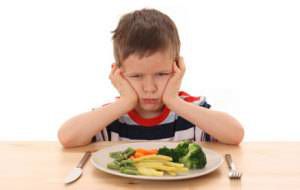 I wish I could feel like this, but about BOOKS

Here is my advice: when you love something, don’t do variations on that thing which will make you hate it.

I love exercising, and running in particular…but now and then, I get tired of it. So I stop and go do other stuff for weeks or a month or so. Because if I force it long enough, I’ll stop because it’s turned into a miserable slog, not a pleasure. And if I push too hard, I’ll lose it altogether. It’s no different with books. If you spend all your time slogging through, finish books you really aren’t enjoying while books you are gonna love are hovering tantalizingly nearby, soon reading is going to be as exciting as it was when you were in school and getting novels you weren’t interested in (right that second) stuffed into you.

And as for the state of literature…I think your enthusiasm will do much more for it, than your personally slogging through. This past week or so, I’ve read three or four books which I have been absolutely nuts over. Just last night, I finished a book that doesn’t come out til next year, called Magonia by Maria Dahvana Headley and I was in love with it. I spent ages gushing about it on Twitter, jabbering about it to everyone around me, pacing around the house while reading because my enthusiasm was running so high. I will be talking about it – and other books I have gone nuts for – between now and their release next year. When they come out, I will force them onto people. I will babble incessantly. I will be a hyperactive pest, because they’re books I love.

Now surely this is better for the state of literature, this unbridled enthusiasm and joyful desire to push these loved books further and further into the world…than instead sitting around complaining as I slog through Lolita, hating what I’m reading or (what usually happens) not reading and doing something else. Putting it off like a chore.

A final thought: I don’t think this means you shouldn’t read hard books, or tricky stuff you aren’t quite ready for. What I think you should do is be willing to say not “this is a crap book” but “maybe me and this book aren’t syncing up quite yet” or something along those lines. Put it back on the shelf and circle back to it. This year, the summer of 2014, I finally read a book I bought in 2001, which I’ve had zero interest in. And I loved it. We matched up now. Do this, I suggest. Wait until you and the book are ready for each other. You’ll be better for it, and the “state of literature” will too. Save your acts of miserable endurance for the dentist or the DMV.