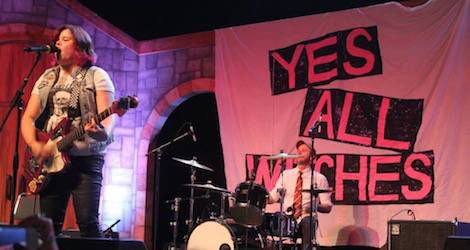 The Harry Potter fandom is a beautiful, occasionally terrifying, and sprawling place. There are fanfics that run longer than the books themselves, endless depictions of every minor character in fan art, and, yes, even music. (Check out The Top 5 Wizard Rock Songs To Bring You Back To Hogwarts as an introduction!)

I was skeptical when I first came across wizard rock (or wrock). The musicians were enthusiastic, but they didn’t click with me. It wasn’t until two factors combined that I finally saw the power of this branch of the fandom. The first was when I attended Leakycon and got to see wrock performed live. The sight of hundreds of Harry Potter fans jumping up and down, waving their wands in the air, and yelling the lyrics along with the singers really hit home that this was how wrock was meant to be experienced. On top of that, I stumbled on some wrock bands that were performing explicitly feminist and queer material. After that, I was totally sucked in.

Unfortunately, a lot of the songs that I fell in love with aren’t available in good quality on Youtube, but I still wanted to share them with you!

Tianna and the Cliffhangers (formerly I Speak Tree) was the first wizard rocker I came across that was writing queer and feminist content. Specifically, the song “Lily Evans, Feminist” became my theme song for weeks:

Don’t you dare walk down the corridor
and act like you know me.

I am Lily Evans


I’m not afraid to use the bat-bogey!

You can’t have my hand
you don’t understand

I am my own woman
and I don’t belong to anyone.

Tianna also has queer wrock songs in her repertoire, including “Us Versus Them” (Luna/Ginny) 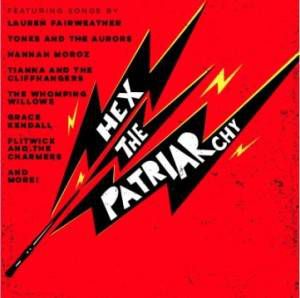 Draco/Harry is the biggest Harry Potter ship, so it’s not surprising there’s a song called “In Which Draco and Harry Secretly Want to Make Out.” When I first heard, I wasn’t sure if it was being played for laughs, but hearing it performed at Leakycon–where Sirius and Remus had won the Harry Potter Alliance’s couple contest and just gotten married on stage–I changed my mind. Hearing a crowd earnestly yell There’s nothing wrong it! will do that to you.

Draco Malfoy, level with meYou used to be so enthralled with PansyHarry Potter, don’t be shyYou got no luck with women, so perhaps you need a guyThere’s nothing wrong with itNo, there’s nothing wrong with itYou can move to MassachusettsWhere it will beDraco and Harry sitting in a treeS-N-O-G-G-I-N-GIt’s Draco and Harry sitting in a treeF-A-L-L-I-N-G in love

Listen to “In Which Draco and Harry Secretly Want To Make Out” by the Whomping Willows on Bandcamp. 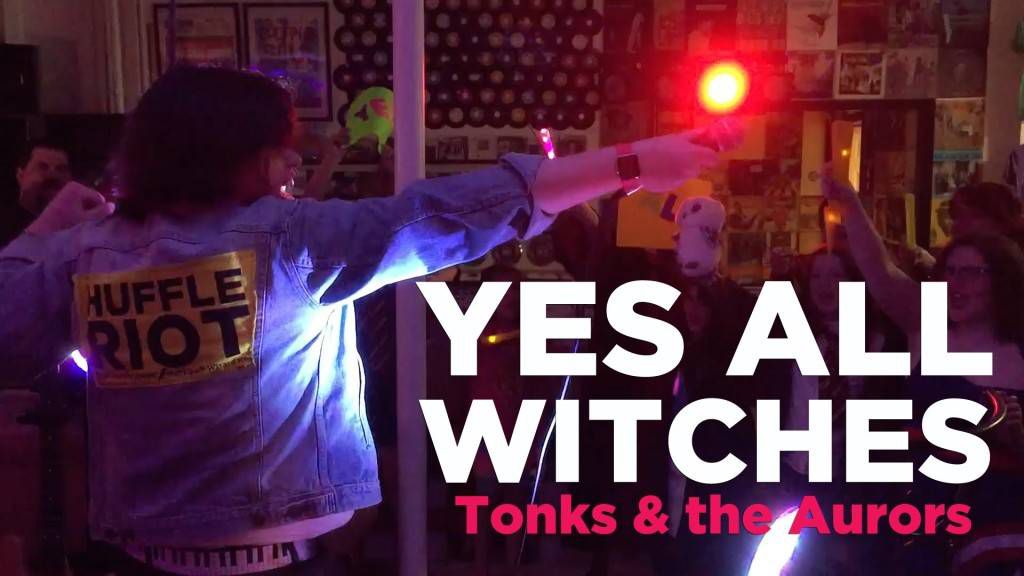 The performer at Leakycon that really floored me, though, was Tonks and the Aurors. Steph Anderson is a rock star. Seeing her wave a giant HUFFLE RIOT flag on stage–she had the entire audience captivated. And she also has one of the most explicitly feminist wrock anthems.

I’m also partial to Not the Future Mrs. Weasley: Oh, I love your family / But I don’t wanna marry in to it / (And that includes Ginny).

Those are some of my favourites, but I’d really love to discover more! Do you know of more queer and feminist wrock?