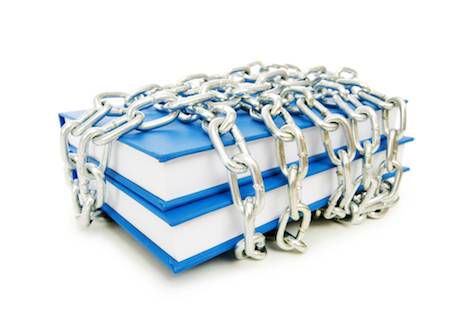 Once upon a time, every Book Riot contributor was a youngling (hard to believe, I know), and every now and then our parental units would decide that a book was…not quite what they wanted us to be reading. So they would bring down the banhammer and attempt to quell our appetites for reading.  They… were not always successful. Here are some stories of a few  of the more memorable instances (spoiler alert: Harry Potter is mentioned at least once to the surprise of absolutely no one).

Animorphs series: My mom banned me from reading Animorphs because she said it was pushing a pro-evolution agenda; it wasn’t until years later I realized what the Animorphs were ACTUALLY about and was sad to have missed out because they sounded AWESOME.  I COULD HAVE BEEN READING ABOUT AWESOME ANIMAL SHAPESHIFTERS THIS WHOLE TIME.  I did get to read a lot of Adventures in Odyssey books though, so there’s always that. (Shoutout to the five people in the audience who had Christian conservative upbringings and got that reference. I’m here for you). Sonja Palmer

Harry Potter: While it isn’t weird that my very religious mother banned these books–I mean, everybody was doing it–what was weird was how she banned the books. At first, my mom forbid me from reading them. The media specialist at my elementary didn’t get the memo. I read the first. How dare I! Insufficiently chastised, I bought Chamber of Secrets at a Scholastic Book Fair with money my mom gave me. Take that, parental unit! Sick of my disobedience, Mom bought Prisoner of Azkaban herself and insisted we read it together. She claimed this was so she could explain things to me and protect me from the devil, but I knew better: Mom was a Harry Potter convert. Rebecca Renner 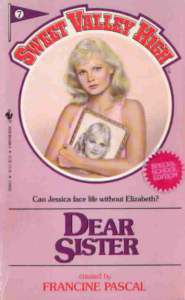 My mom nixed Sweet Valley High. Too much sex, drugs, and rock and roll. I suppose the difference to her was the key players being teens rather than adults and an attempt to differentiate for me what was “acceptable” behavior at 16 vs what was “acceptable” at 30. Then again, this is the woman who banned my sisters and me from watching The Wonder Years after she happened to catch the episode wherein Wayne vacuumed up Kevin’s hamster. Other than SVH, I was allowed to read whatever I wanted without any sort of approval process, including Ben Bova’s adult sci-fi, from age 8-ish–Shiri Sondheimer 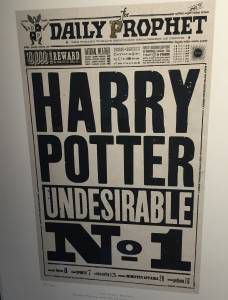 Harry Potter sent my parochial school into an uproar, so much so that when The Sorcerer’s Stone arrived in the Scholastic book fair in the fall of 2000, our principal pulled it from the shelves. My mom told me it was strictly off-limits, which didn’t bother me all that much…until I witnessed her buying an illicit copy from the book fair later that afternoon! Suddenly a book I had zero interest in reading became my #1 most wanted. Later that week, I faked sick at my older brother’s basketball game so I could go out to the car and “take a nap” AKA sneak my mom’s copy out of the glove compartment and read it. Luckily for both of us, she finished and decided it was appropriate, and we went on to love all of the books. It remains a point of pride that when I confessed my actions fifteen years later, my mom was absolutely shocked to learn of my underhanded ways. ––Tirzah Price 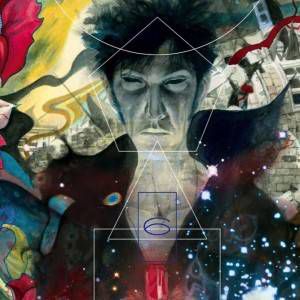 Sandman was a weird one because I was able to request the first five trade paperbacks of the series without a problem. So I read all the blood and gore associated with a Lord of Dreams being far from his post, what with a serial killer convention and a slaughter of Narnia-like creatures. Then my siblings decided to screen the books, and drew the line at book six. They said no beheaded bodies being marched around like marionettes, which was a scene during the comic’s French Revolution. I later read it at a Barnes and Noble and didn’t really see the fuss. Of course, these days I’m more squeamish and probably couldn’t reread the series. — Priya Sridhar

My mother didn’t bat an eye at most of the Piers Anthony books I brought home from ages 10-14, but she balked pretty hard at The Color of Her Panties. It didn’t help that the cover featured two teenage girls wearing nothing but – you guessed it! – panties.) I basically whined until she gave up and let me read it. Honestly that one’s relatively tame, but there’s some toxic nonsense going on in other books of his that maybe someone should have talked through with me at such a tender age. — Jess Plummer

The moral of the story is that if you try to ban Harry Potter, we will definitely read Harry Potter, and maybe turn in a final late freshman year of college because we had so much catching up to do (I’m not saying that was me, but that was definitely me.) I still have to read Arabat and Animorphs to complete my teenage rebellion. What’s on your list?