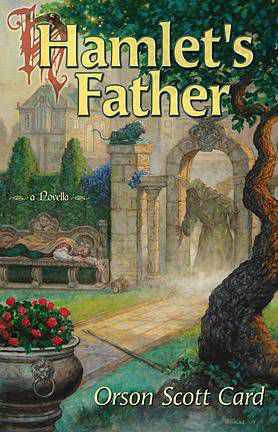 On this occasion, it seems like it was a little bit of both.

On Saturday, author Orson Scott Card was the keynote speaker at Houston’s Teen Book Con. I am not familiar with his work, and I only became aware of him as a result of the controversy that arose last year following the publication of Hamlet’s Father as a novella. There were some pretty strong reactions to his treatment of the story, considered homophobic and highly offensive by many readers. People who had once held his novel Ender’s Game in high regard found themselves conflicted.

I did not attend the con (I went to an Indie Book Fest instead), but I watched my Twitter stream with interest to see how the Houston audience responded to what Card had to say. Here’s a sampling of both the good and the bad:

What sort of conclusions can be drawn from this? I’m not sure. It seems that Card’s not all bad. He has a genuine passion for reading, though, based on his comment re: The Hunger Games, he is not opposed to making fun of people for their reading choices. This is a bit ironic, it seems, given his statement about how English teachers should avoid doing just that. Card also seems to have problems keeping the conversation on an appropriate level, given that his audience was primarily young readers. It seems that he kept his stronger opinions to himself for the day. That was probably a wise decision.

Check out the #TeenBookCon hashtag, and take a look at other highlights from the day. It looks like it was even bigger and better than last year. I am sorry that I couldn’t make it to both events.