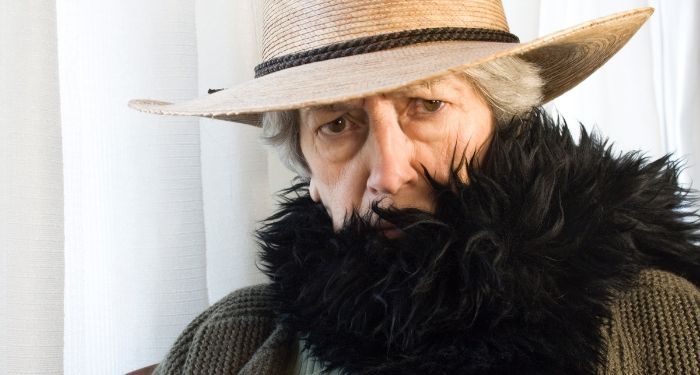 A strange thing seems to happen when you become elderly. In the span of a few years, people treat you are incapable of the most basic of tasks. I imagine that it is more than a little infuriating to go through your whole life mostly independent only to cycle back to being treated like a helpless being. People live long healthy lives before they become elderly and you know what? They managed to get to that level just fine, so I think they have a pretty good idea on how to play the game of life.

This seems to be especially true for women. Honestly, they don’t get a lot of credit for their contributions when they are younger. So it stands to reason this doesn’t change once they reach their golden years.

Which leads to why I believe that old lady sleuths are so amazing. They shatter multiple misconceptions that people have about those that check both the boxes of being elderly and of being female. Even in this modern world, people have these assumptions, and unfortunately there is no sign that they will cease anytime soon.

Here are just a few of my favorite things about the old lady sleuth archetype and why I will always be here for it.

AGE IS JUST A NUMBER

As an adult, I am now a firm believer of this. There are a lot of things out there that you really don’t get until you’re older and in decision-making positions.

Many of these characters end up running with this assumption that another character has made about them. Take Elizabeth from the The Thursday Murder Club series. Whenever she interacts with someone outside her group or Donna, she plays the feeble old lady card. This is something Donna calls her more than once throughout the book, and Elizabeth’s retort is that she is just playing into those expectations and using them to her advantage.

This is especially noticeable in a scene where Elizabeth and Joyce to to their local police department. In order to get access to Donna, Elizabeth pretends to be a scared old woman who feels safer speaking to a female officer.

Now, it’s not like these officers could have known what Elizabeth’s level of intelligence was. But the way they fly into protective mode and talk to her indicated that they felt she wasn’t as smart as they are. So when she requested a female officer, hoping to get Donna, they played right into her expectations by bringing her to the room.

Old does not equal stupid.

MORE THAN A DEMOGRAPHIC

Let’s examine the trend of widows who inadvertently become armchair detectives as well. Two good examples of this are Aunty Lee from Aunty Lee’s Delights by Ovidia Yu and Eugenia Patterson from Tyora Moody’s Deep Fried Trouble. Both women decide to take up new career paths after their husbands die. While mature, these women are still sharp, despite what others assume about them given their age. Not only are they able to embark on a new career path, but they are also able to use their years of experience to help them with their sleuthing.

What I especially like about these types of detectives is that as heartbreaking as it may be, one’s life doesn’t cease when a partner or spouse passes. In the aftermath of being widowed, these women decide to take a career in the culinary arts. This is typically an endeavor that is initially separate from sleuthing. But it is yet another way that they thumb their noses at the conventions of society and its expectations of older women. They show that no matter what, their brain is still fully functional and able to solve all types of puzzles.

Despite how progressive we may like to think we are, there are many in the world who still think of women as an attachment to another human being. First they’re someone’s daughter, then wife, and then mother. And, even though you never really cease being a mother, it’s not always a hands-on experience. Once the kids are grown and move out, women are expected to go back to the wife role. Which is not recognizing that they are, and always have been, their own person.

USING ASSUMPTIONS TO THEIR ADVANTAGE

The next section is going to be a variety of assumptions that people have about women that seem to get doubled down when they reach a certain age. One is that they are less intelligent. Maybe a more generous statement would be that women are feeble by nature and that extends to matters of the mind. This is an assumption often made of younger women and that only gets worse as women get older. In situations where women act as amateur sleuths, this usually leads the killer to underestimate them.

Being underestimated is not always a new experience to women no matter what field they’re in. This only gets worse as one gets older because the assumption is that the older you get, the less intelligence you display. If you’re part of a group that didn’t get a lot of that consideration initially, then age will not change this. It only serves to double down on the insulting assumption made about women.

Even when they’re not the main sleuth, elderly women can still participate in solving the mystery. Take Nana Jo, the grandmother from V.M. Burns Bookshop Mystery (The Plot Is Murder) or Nans from Leighann Dobbs’s Lexy Baker series. They prove time and time again to be helpful aides to their sleuthing granddaughters. They often provide information their granddaughters didn’t know or knowledge that they couldn’t have because of their experience.

Don’t be mistaken; the main characters adore their grandmothers. But they still are often surprised by the ingenuity they display. This shows that even they aren’t immune to erroneous assumptions.

People feeling that women are less intelligent tends to lead to them not being careful of what they say or do around elderly women. They assume they’re off in their own little world and aren’t paying attention when, as a matter of fact, they may be more keenly observant than people half their age. Elderly women sleuths use the fact that people aren’t as sly with their words and actions to closely observe them and deduct who the culprit is. Jane Marple is probably one of the most famous examples of this.

Like most people when I was younger, I thought all the elderly people in my family were out of touch. I never thought that anyone in my family, especially the women, were unintelligent; I just never knew the depths of their intelligence until I got older and I started talking to them instead of trying to ignore them.

It’s a lesson that I think we learn from personal experience. Hopefully, much like burning your hand on the stove or deleting a saved game file at 98% done, it is a mistake you will only make once in your lifetime.

That’s why I appreciate these types of books: they serve as a way to start redirecting your thinking. By the time you get up there in age, you already know this. And even if you didn’t, well these books are a good way to prepare for that.

Ultimately, elderly women who are also sleuths continue shattering ceilings even outside the traditional workspace. They show that being a detective is not just for the young or those that are male. The elderly women are here too and are ready for the respect and recognition that they rightfully deserve.

Nana Jo — The Plot is Murder

Jane Marple — The Murder at the Vicarage