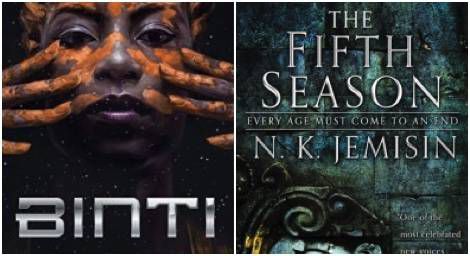 Women took top honors in this year’s Hugo Awards, with awards in each of the four fiction categories going to women authors. Three of the awards in the fiction categories went to women of color, and authors of African descent took the award in the longest fiction categories: N.K. Jemisin received the Best Novel award for The Fifth Season, and Nnedi Okorafor’s Binti received the award for Best Novella. These results bear heavy significance on their own: women who write science fiction and fantasy have historically faced many trials in receiving recognition for their work. The same can be said for people of African descent. The fact Jemisin’s and Okorafor’s works have received a Hugo award is amazing, and important for those reasons alone.

This victory has an additional significance. For the second year in a row, one of two right-wing networks of authors has attempted to game the Hugo Awards ballot with a slate of work that, they claim, calls back to recognition of more traditional, conservative science fiction. The leaders of these groups have been widely recognized as bigots. Their slate of recommended works this year was weak, haphazard, and the work of many of the authors therein has been recognized as not deserving of the award because, frankly, it just isn’t good enough.

These cabals and their supporters oppose the existence of writers like Okorafor and Jemisin, and consider their work to be representative of everything that is wrong with the genre’s direction. They view the genre’s increased focus on prioritizing the voices of those who have been historically marginalized as a threat to their own success, as if the groups that they represent have not dominated the awards and controlled avenues to success in the genre for decades.

The news of this win comes on the heels of a report showing that, at least at the short fiction level, black authors of science fiction and fantasy are just not being published. Until very recently, the only black authors featured on lists of recommended science fiction and fantasy books were Octavia Butler, Samuel Delany, or Nalo Hopkinson. Despite claims to the contrary, black readers have always looked to speculative fiction as a way of dealing with the social and political realities of their lives. And black writers have always used speculative fiction to wrestle with a world that marginalizes and threatens them. Black readers and writers of speculative fiction have also always had to deal with the reality that mainstream speculative fiction publishing and fandom was not built for us or by us, and because of this, the two institutions struggle to recognize the brilliance of our works and voices.

But with this award win, both black readers and black writers are validated. Hugo award winners are not decided by a distant panel of “experts.” They are decided by the reading public, people who love these books enough to make their voices heard. Readers of all races, cultures, and ethnicities came together not just to deal a blow to alt-right ideologues and their temper tantrums, but also to uplift the work that they, rightfully, considered the most powerful, most significant, most relevant work to have been produced in a year full of powerful, significant, relevant works of speculative fiction.

And these books are written by black women. Jemisin and Okorafor used the earth and stars to write stories that speak to their experiences and histories as complete humans. Readers for years to come will be able to find these books more easily, and lose themselves in the truths and realities that they contain. These books and these authors’ names will now be prefaced forever more with “Hugo Award Winning,” and when new readers encounter them in libraries, when new writers begin to aspire, they will be comforted by the fact that these books have been vetted and found to meet the exacting standards of thousands readers and writers just like them. Jemisin and Okorafor’s Hugo Award win is a win for all readers of speculative fiction, but most especially for black ones.