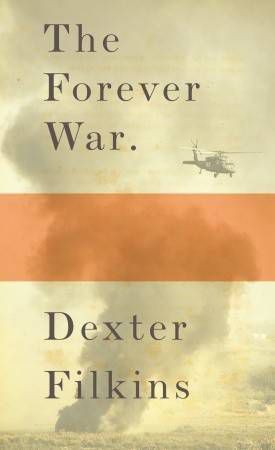 Sometimes it’s difficult to read about subjects that you’ve lived. I’m reminded of my dad, an aerospace engineer, critiquing the types of planes used in action movies. It was a point of pride, but also kind of annoying, to have him constantly picking out flaws in every scene. I don’t know how many times I’ve heard the phrase, “That’s not a military plane…” But I can sympathize with him. It’s been years since I’ve been in the army, and only recently have I been able to read about it. So many military books, no matter how well researched, had tiny mistakes that would rub me the wrong way and make my reading experience less than pleasurable. But some were too good to put down. The thing that these books had in common, sometimes the only thing, is that they confirmed my own experiences of the war while challenging and transforming me at the same time. The following are my own personal recommendations of what I consider the best books about Iraq, both fiction and nonfiction.

Imperial Life in the Emerald City by Rajiv Chandrasekaran

I read this one while I was still in Iraq, occasionally making trips to the Green Zone that the nonfiction book is titled after. Chandrasekaran is a veteran reporter for The Washington Post, and he definitely brings the cynical eye of a seasoned journalist to the infamous coalition forces compound in central Baghdad. And it doesn’t matter where you are politically when it comes to enjoying this book. Everyone will be disgusted at things like sex in empty offices and incompetent political appointments to important positions. You’ll also be moved by his descriptions of people trying their best to actually make a difference.

The Forever War by Dexter Filkins

Filkins is, in my opinion, the best war correspondent of my generation. And this book is an incredibly sprawling take on his own experiences reporting the plot arc of the entire war on terror. He takes you from the beginnings of his reporting in 1998 and Taliban-staged execution all the way to a WWI British Cemetery in Baghdad. Even more impressive than the scope, though, is that he writes about so much without really editorializing, instead letting the stories and people speak for themselves.

Written as blog posts by an anonymous woman living in Baghdad during the war and occupation, this book has a vitality and urgency that the others seem to lack. Not only is it important to hear voices of the actual citizens of Iraq, but Riverbend was the only woman blogging about the occupation, making her input priceless. Her tone is morbid, dark, angry, and humorous all at the same time. One of the more heart-breaking scenarios she describes is during their attempt to bury her aunt, when all the mosques are booked and the cemeteries are full.

Wow. This book floored me. A lot has been made of the great Iraq War Novel still to be written, and if this isn’t it, then it’s as close as anyone’s come so far. The entire story takes place during the stateside tour of a few everyday heroes from Iraq who have a firefight caught on tape by an embedded Fox crew. None of the action actually takes place in Iraq, though, instead focusing on the Thanksgiving Day Dallas Cowboys football game where the Bravo Squad are being honored for their courage. It’s a wry and cynical look at the reasons we went to war, similar in my mind to Norman Mailer’s classic “Why Are We In Vietnam.” Some of the stuff he describes these guys experiencing back on the home front was so eerily familiar to me that I would occasionally have to put the book down and take a breather. I just can’t say enough wonderful things about it.