August is a busy month in publishing, with several big titles being published in the UK. Quite a few outstanding short story collections are out in August like the searing debut Sour Heart, Akhil Sharma’s sublime A Life of Adventure and Delight and the mesmerizing What It Means When A Man Falls From The Sky.

Here’s my round-up of the eclectic fiction out in UK this month: 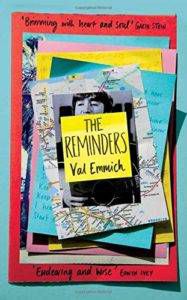 The Reminders by Val Emmich

This delightful book is perfect for fans of The Rosie Project and The Curious Incident of the Dog in the Night-Time. Ten-year-old Joan was born with a rare gift: she can remember every single day of her life in perfect detail. When her father’s old band mate Gavin comes to stay, reeling from the sudden loss of his partner Sydney, they both embark on an endearing friendship. With a memorable cast of quirky characters, Emmich weaves a touching, character-driven story of grief and new beginnings. The Reminders is tender without being saccharine and tackles complex themes like relationships and forgiveness with considerable subtlety. 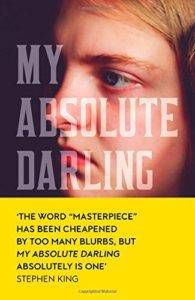 My Absolute Darling by Gabriel Tallent

This unforgettable book has big fictional teeth! Stephen King raved about this gut wrenching debut, and not without reason. This book is the real deal. It’s a harrowing and visceral story of Turtle, a 14 year old girl, and her struggle to assert herself against her manipulative father. This compulsively readable story is brought to life with striking language and blinding emotional intensity. My Absolute Darling is a spectacular novel about the consequences of abuse and definitely one of 2017’s most powerful debuts. 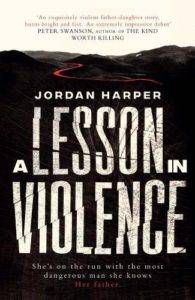 A Lesson in Violence

A Lesson in Violence by Jordan Harper

This is another gritty and complex father-daughter story. An original tale about a jailbird father and his estranged daughter who are on the run from a ruthless gang, this debut novel is a stylish, fast-paced read. A Lesson in Violence is a brutal and electrifying thriller which combines a dark coming-of-age story with a scorching exploration of family tragedy. Harper has written for TV shows such as Gotham and his cinematic style is evident in this hardboiled noir crime fiction. 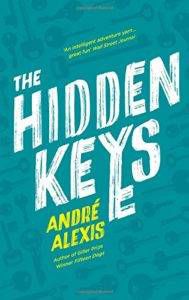 The Hidden Keys by André Alexis

This is an idiosyncratic and contemporary take on Treasure Island. In a dingy bar in Toronto, Tancred Palmieri, a talented thief with extravagant tastes, encounters Willow Azarian, an aging heroin addict. She reveals to Tancred that her very wealthy father has recently passed away, leaving each of his five children a mysterious object that provides a clue to the whereabouts of a large inheritance. Willow enlists Tancred to steal these objects from her siblings and solve the puzzle. The award winning writer spins a compelling and layered narrative with a suspenseful plot at its center. The Hidden Keys is a cleverly written mystery which sensitively observes life and family ties. 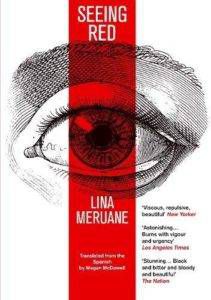 This semi-autobiographical book is about a woman’s unnerving and dramatic descent into a visionless world. She suffers a stroke which leaves her blind and this impairment causes her to increasingly depend on others, stretching the limits on some of her relationships. The protagonist reminisces with piercing intensity on all that was available to her when she had the valuable gift of her sight. Seeing Red is translated lucidly by Megan McDowell who is also the translator of some of my favourite books by other Chilean authors, Alejandro Zambra and Samanta Schweblin. This book is disturbing and deeply intimate in the best possible way. 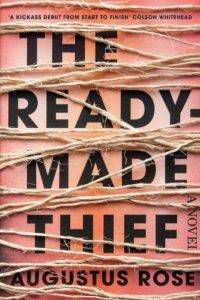 The Readymade Thief by Augustus Rose

This genre-defying debut is part conspiracy thriller and part art history. It features an unforgettable heroine whose circumstances plunges her into a secret society with sinister agendas. This society aims to decipher clues left behind the 20th century artist ,Duchamp, which they believe can lead them to immortality. Featuring a Lynchian plot with an expansive scope, this story has several layers which require more than one read to get to the bottom of it. Fascinating, intellectual and brimming with ideas, The Readymade Thief is admirably ambitious. 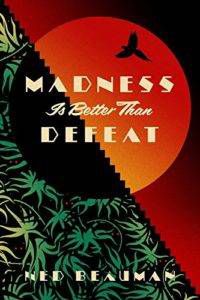 Madness is Better Than Defeat

Madness is Better Than Defeat by Ned Beauman

This wildly original novel has a bizarre premise – In 1938, two rival expeditions set off for a lost Mayan temple in the jungles of Honduras, one intending to shoot a screwball comedy on location there, the other to disassemble the temple and ship it back to New York. A cast of odd, zany characters straight out of a Coen brothers movie converge at the temple and a seemingly endless stalemate ensues. This story about what transpired there is narrated years later by a rogue CIA agent. Madness could easily become a confusing mess but Beauman manages to keep the narrative consistently focused and engaging. This madcap ride about the eccentricities of humans will keep you entertained till the last page. 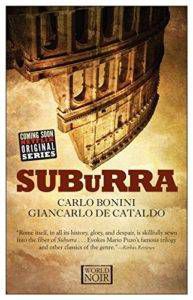 Gomorrah meets House of Cards in this gritty crime thriller. It is a dark portrayal of contemporary Rome during the final days of the Berlusconi government. A capital city where seething eonomic and social tensions unravel after financial crisis of 2008, this noir realistically depicts the complex, illicit dynamics that inform the society we live in. Suburra takes inspirations from recent real-life scandals, with Italian Mafia clashes and a corrupt political system playing out against this cinematic background. You can also binge-watch the Netflix Original series based on this book, which will be available to stream globally in a few months.