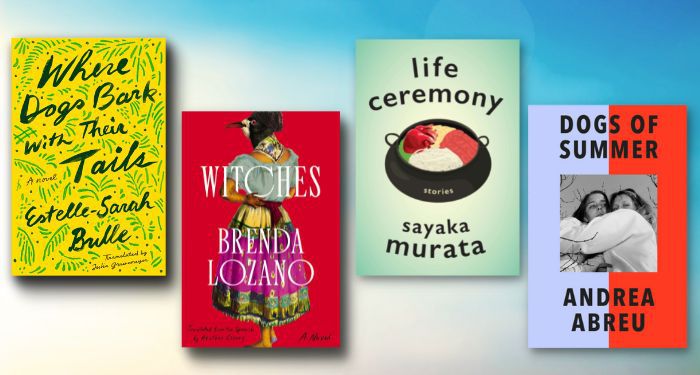 August is Women in Translation Month! Less than 31% of books published in English translation are written by women, according to numbers pulled from the translation database started by Three Percent and Open Letter and now hosted by Publishers Weekly. Founded by literary blogger Meytal Radzinski and now in its ninth year, Women in Translation Month was started to promote women writers from around the world and combat this dreadfully low statistic. As summer rolls around each year, I go through catalogs and read a stack of galleys and pick out some of the titles by women in translation I’m most excited about published in June, July, and August.

With each new year, Women in Translation Month gets bigger, and it’s a joy to see the bookstore displays, literary events, excitement on social media, special sales, and all of the books published around this time of year, often by small independent publishers who make it a priority to include and increase the amount of books they publish by women in translation. This year’s list is a fascinating mixture of debut novels, some returning favorites like author Sayaka Murata and translator Ginny Tapley Takemori, short story collections, poetry, and so much more so I encourage you to check out these hot summer 2022 new releases by women in translation! 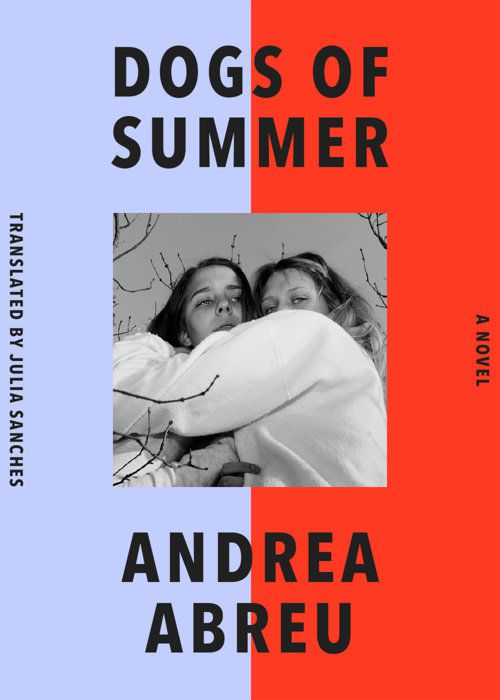 Dogs of Summer by Andrea Abreu, translated by Julia Sanches

I love novels of summer. The kind that capture the sticky heat and restlessness that seeps into everything. Everything is just a little more intense in the summer. The emotions a little closer to the surface. It’s as if someone forgot to turn the volume down even though the pace of the world has slowed. Set in a working-class neighborhood on the Canary Islands, high near the volcano of northern Tenerife, Dogs of Summer is a perfect summer novel that follows two best friends as they come of age and their friendship begins to simmer with desire and violence. The writing is a crave inducing mix of bachata lyrics, Canary dialect, and the language of girlhood — gritty, wild, poetic — an exquisite feat by debut author Andrea Abreu and renowned translator Julia Sanches. 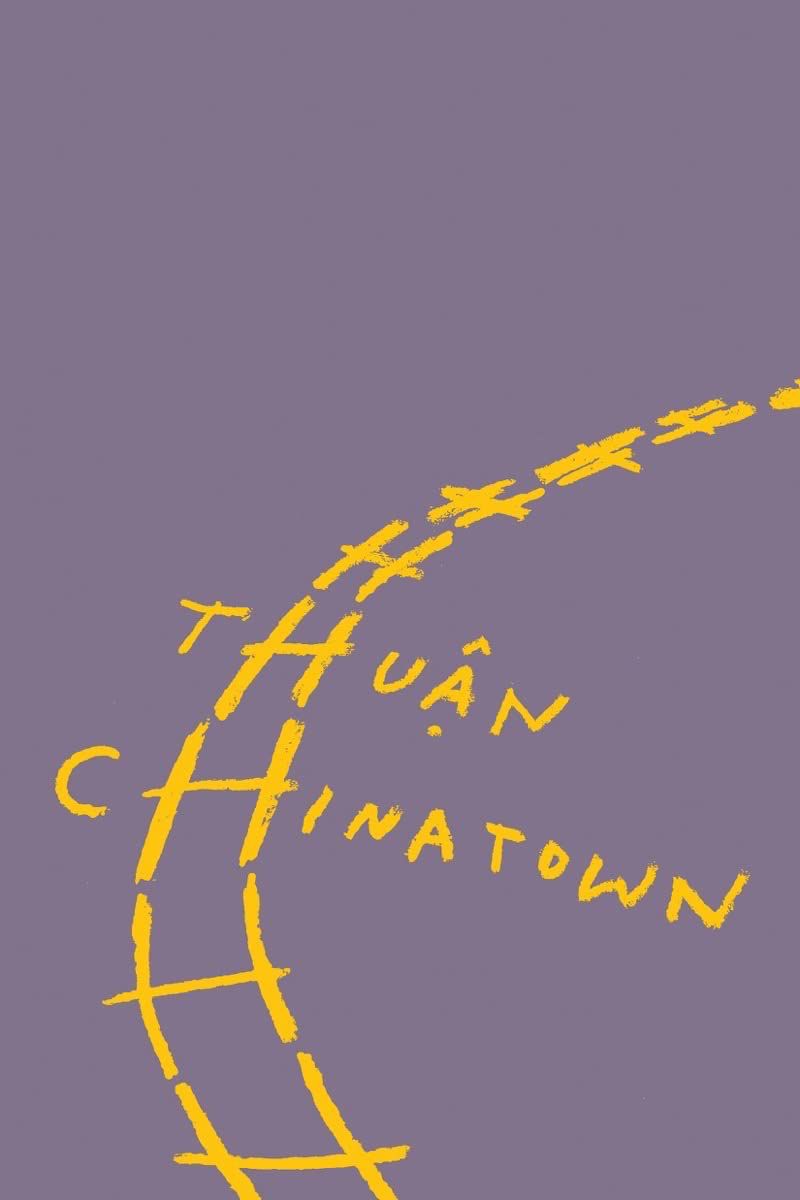 Chinatown by Thuân, translated by Nguyễn An Lý

Acclaimed Vietnamese author Thuận is a recipient of the Writers’ Union Prize, the highest award in Vietnamese literature and Chinatown is her twelfth novel, but her first to be released in English, although I doubt it will be the last. This novel is an intense and propulsive stream of consciousness journey through Hanoi, Leningrad, and Paris as one woman recounts and tries to make sense of her life and past. The question she spins around is: Is it actually possible to forget in order to live? Chinatown is a rich and surprising novel of love, memory, and loss. 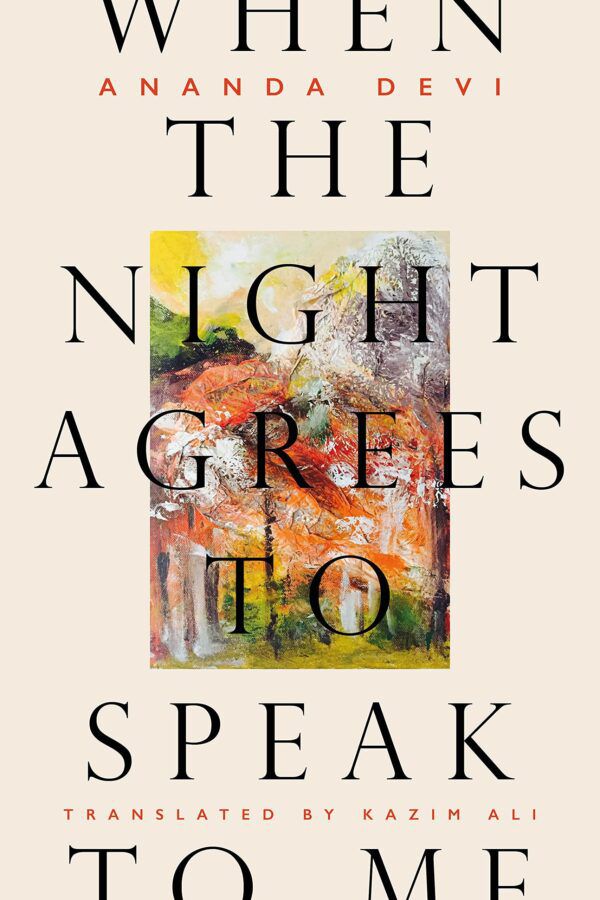 When the Night Agrees to Speak to Me by Ananda Devi, translated by Kazim Ali

Acclaimed Mauritian writer Ananda Devi, who readers may know from Eve out of her Ruins and The Living Days, both translated in staggeringly gorgeous prose by Jeffrey Zuckerman, returns with a collection of poetry, this time translated by writer, poet, and translator Kazim Ali. “Let the truth leave these bodies” writes Devi in a complex and personal collection that blends poetry and autobiography and speaks in powerful truths to desire, violence, and aging. This beautiful bilingual collection also includes a translator’s note, a fascinating interview between Devi and Ali, and a short essay on reading Devi’s poetry by academic Mohit Chandna. 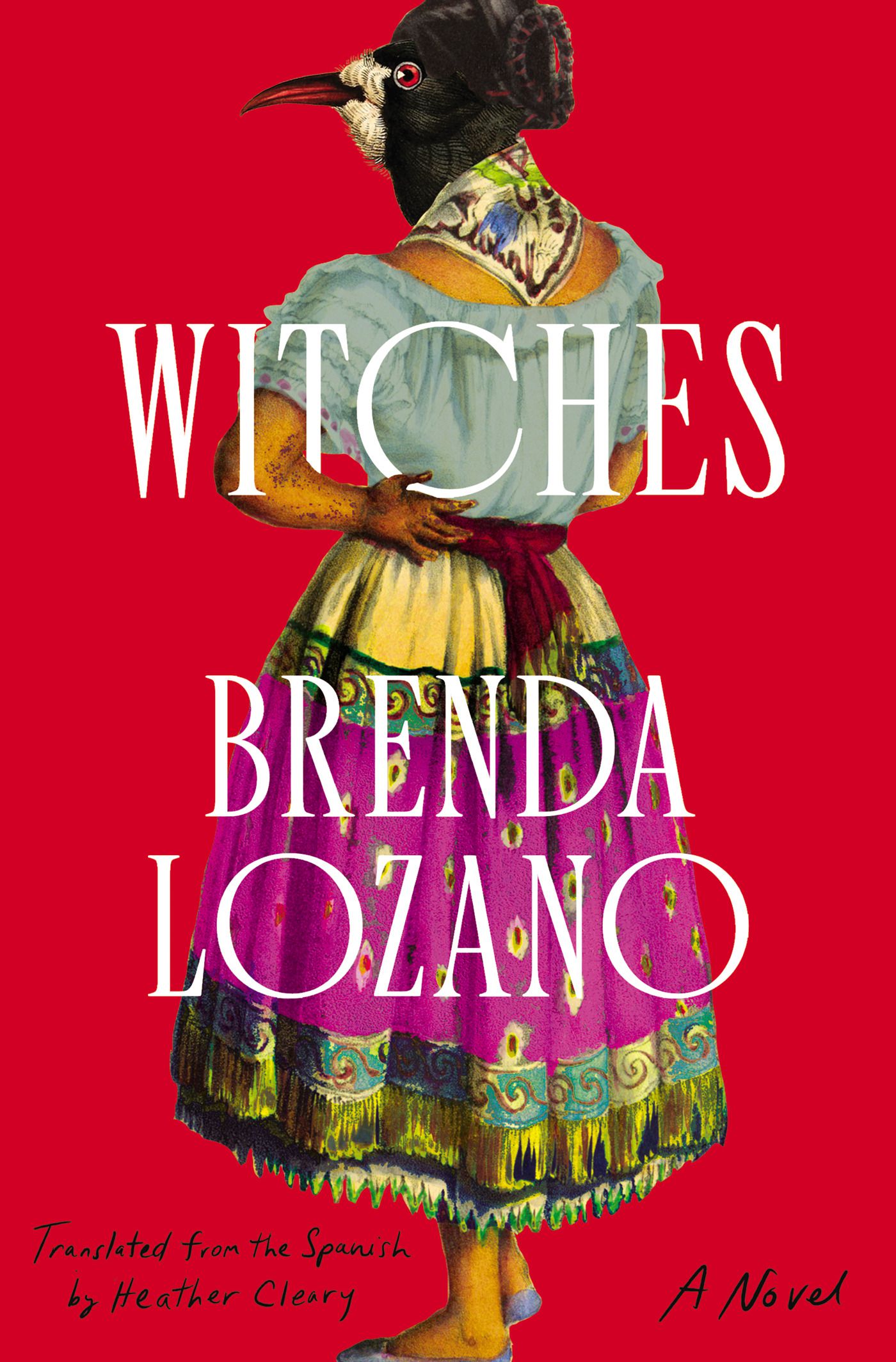 Paloma is dead. Her death brings together city journalist Zoe and Paloma’s cousin Feliciana, a renowned Indigenous curandera or healer in the mountain village of San Felipe. Together the two women explore trauma and healing in the wake of deeply engrained societal violence against women and gender-nonconforming people. Brenda Lozano is one of the most striking voices of a new generation of Latin American writers and I’m in awe of her thoughtful blending of these two narratives and styles. And Heather Cleary’s razor sharp translator’s note examines the political and cultural implications of the choices translators make in their work. 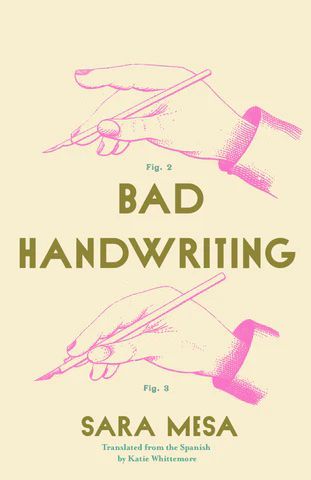 I adored Sara Mesa’s sharply written and atmospheric novel of power, privilege, and violence, Four by Four, also translated by Katie Whittemore, and was thrilled to see this new short story collection exploring many of the same themes. And while there was sustained terror and tension in Mesa’s novel, these stories feel even stranger and more unsettling in all that is left unsaid inherently in a short story, each pause and ending feel like a sudden drop into darkness. Bad Handwriting is also notably one of the books in Open Letter’s new Translator Triptych program, along with Wolfskin by Lara Moreno and Mothers Don’t by Katixa Agirre, all translated by Whittemore. The program is designed to honor and empower literary translators by emphasizing their role in the discovery, curation, and promotion of international literature. 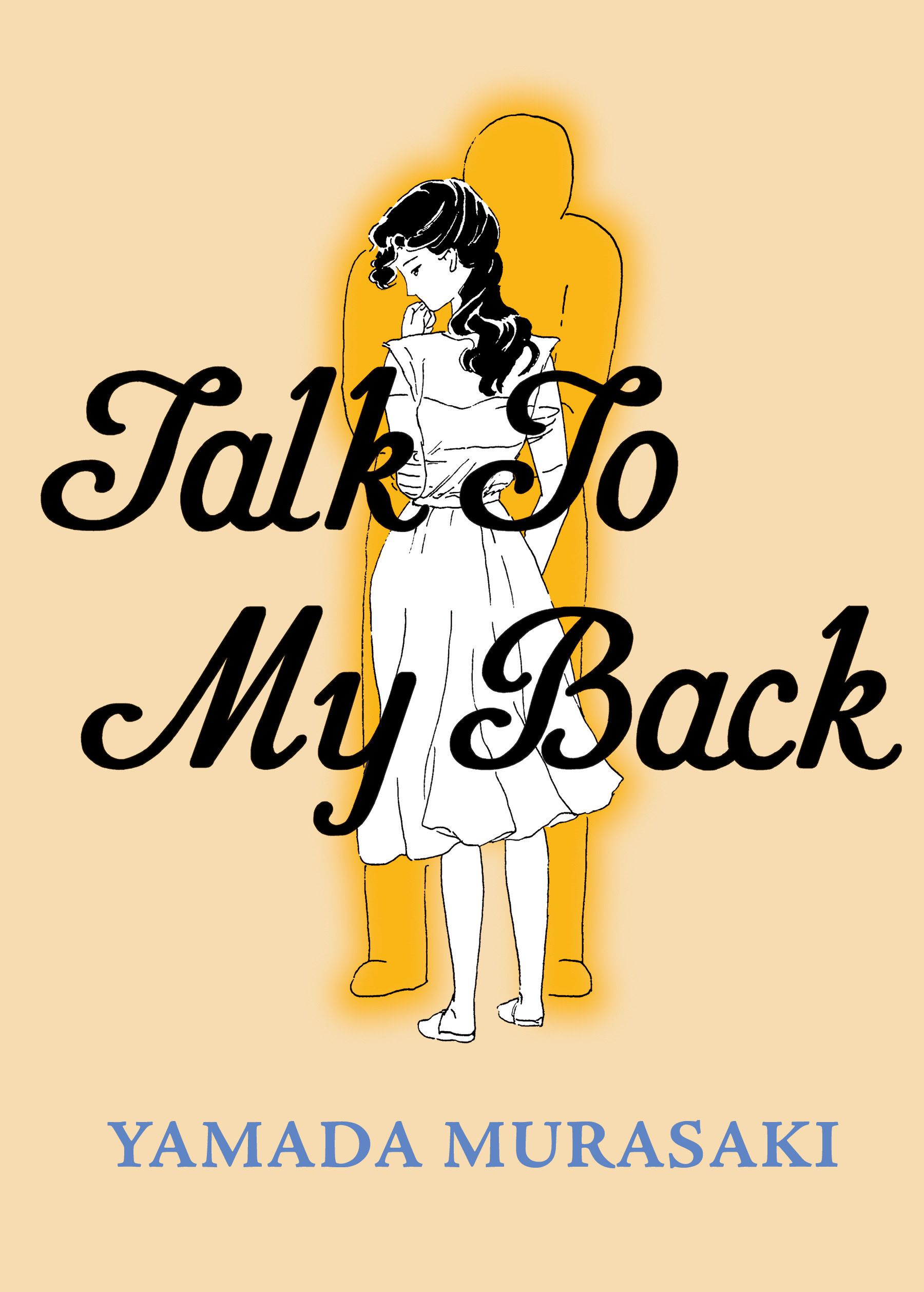 Talk to My Back by Yamada Murasaki, translated by Ryan Holmberg

Drawn & Quarterly has the most fantastic offerings of literature in translation and so I was thrilled to hear about this first English translation of Yamada Murasaki’s groundbreaking alt-manga Talk to My Back. The comics were originally serialized in the influential magazine Garo from 1981–1984 when few women were creating alternative manga. Yamada details the interior lives of women in the collection, addressing domesticity, womanhood, and the failures of the nuclear family in startlingly fresh and poignant observations. I’m grateful to translator Ryan Holmberg and the publisher for bringing this book and Kuniko Tsurita’s critically-acclaimed The Sky is Blue with a Single Cloud to readers who can now enjoy the work of previously unpublished women of the alt-manga scene. 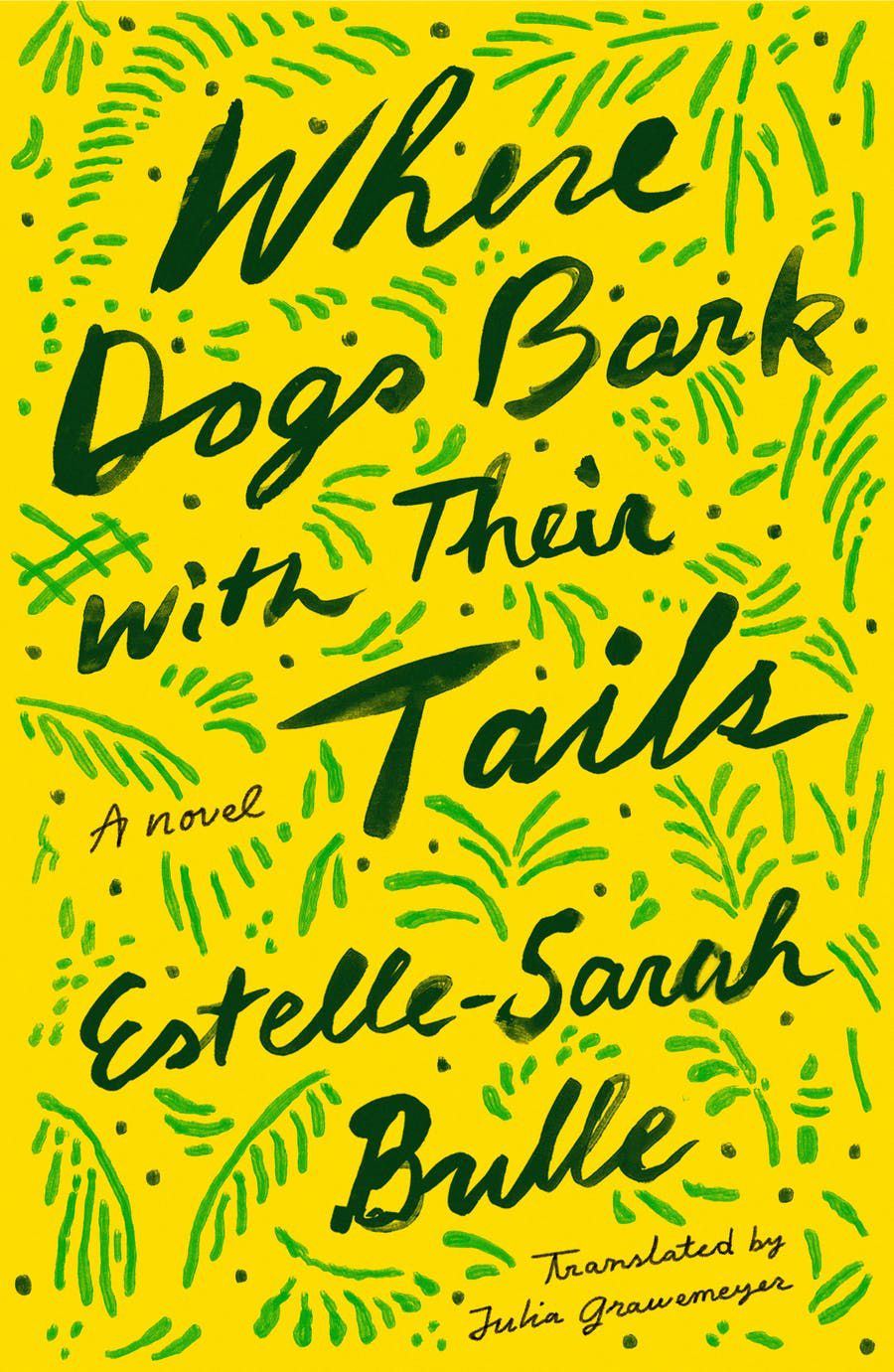 Where Dogs Bark With Their Tails by Estelle-Sarah Bulle, translated by Julia Grawemeyer

Where Dogs Bark with Their Tales is a stunning novel that is both one family’s story and a sweeping epic of Guadeloupe and its diaspora that spans decades and oceans. I haven’t stopped thinking about the novel’s characters since I finished it — each is written so intimately and vividly, especially the matriarch Antoine. And while there’s a lot that’s hard to read here, as Guadeloupe’s history is marked by colonialism and capitalism and we watch this family search and struggle to find their way in the world, it is a powerful and compelling novel from debut author Estelle-Sarah Bulle and brilliantly translated by Julia Grawemeyer. 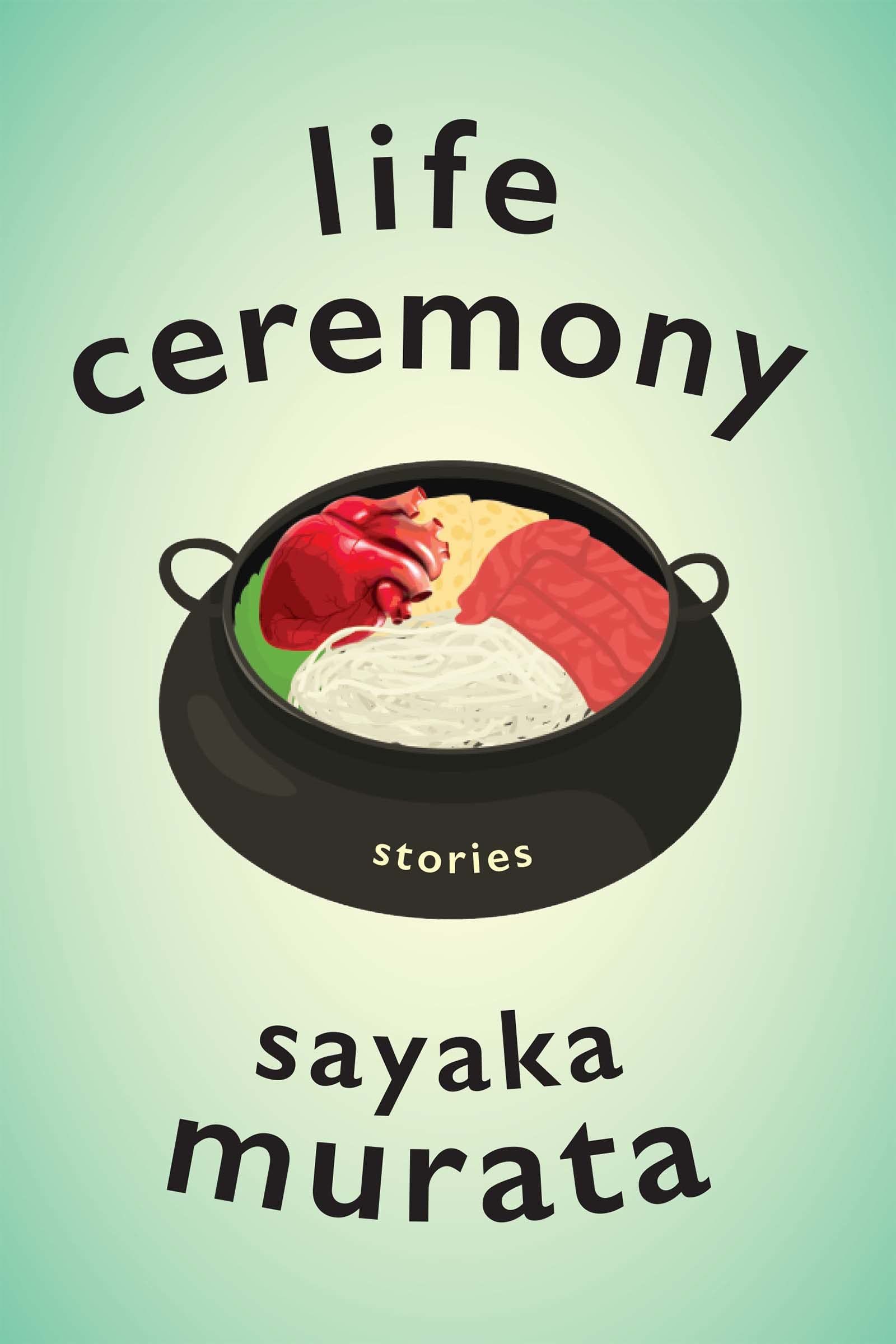 Sayaka Murata is widely admired for her short stories in Japan so it’s thrilling to see Life Ceremony, Murata’s first short story collection available in English, out this summer in another striking translation by Ginny Tapley Takemori. In the same vein as Convenience Store Woman and  Earthlings, this strange, beguiling, and unconventional collection looks closely at societal expectations and pressures to conform to dizzying effect. Her characters are often outcasts and loners, or they exist just on the edge of cultural norms and traditions, and Murata, with humor and brilliance, teases out startling truths about relationships, belonging, individuality, and ultimately the nature of humanity.

For more great reads by women in translation, check out this list of 50 Must-Read Books by Women in Translation.