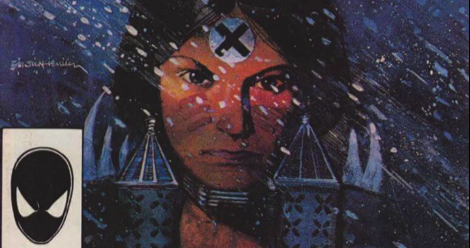 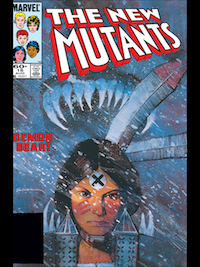 The New Mutants trailer is pretty amazing. It’s creepy, atmospheric, and promises more jump scares than a cat in a Roomba factory. But the New Mutants are, to put it kindly, obscure. Launched in the eighties, the team was formed as a younger, more accessible counterpart to the X-Men (who, even though they never age, are still the older, crankier bunch of mutants on the block). But the New Mutants quickly became something else, something much more twisted. These weren’t just plucky mutants out to save the world, these were kids with baggage, kids who were just as dangerous as—and much more fraught than—their adult counterparts. New Mutants became the comic where everyone discovered how absolutely terrifying it would be to be both a mutant and a teenager in the X-Men universe.

Spoiler, not everyone made it out alive.

The team in the New Mutants movie is essentially the team in the first two dozen or so comics: Magik, Wolfsbane, Cannonball, Sunspot, and Dani Moonstar, who is the focus of the essential “Demon Bear Saga” (the adult in the trailers, Cecilia Reyes, is actually pulled in from more modern X-Men comics). If you want to get a quick temperature read on what New Mutants is all about and see where the inspiration came for the movie’s horror-tinged moodiness and tense pacing, you only need to pick up three issues.

Running from New Mutants #18-20 (and collected in New Mutants/X-Force: Demon Bear), “Demon Bear Saga” was an atmospheric, tightly wound story that tested the teamwork and trust of the teen team (and showcased the supreme talents of writer Chris Claremont and illustrator Bill Sienkiewicz).

“Demon Bear Saga” immediately shows the dichotomy of the teen mutants, as on one hand you have the cocksure bravado that comes with young superheroes, paired with the self-doubt that teens face as they try to figure out their place. Dani Moonstar has the added pressure of being haunted by nightmares and visions of the demonic bear that killed her parents. Convinced that the dreams are prophetic and determined not to put her friends in danger, Dani goes to face the Demon Bear alone, with disastrous results.

What happens next are two of the best paced, claustrophobic comic issues I’ve ever had the pleasure of reading. Trapped in a hospital in the middle of a snowstorm, there is a sense of foreboding as the power flickers and trappings of modern security are stripped away. The team members must face their own, less literal, demons as they rush to save Dani, sometimes hurting her in the process as they try to eke out enough information to figure out what to do next, still not quite believing that the Demon Bear is real.

Until there can be no doubt.

Impact of “Demon Bear” on the New Mutants Movie

Sienkiewicz’s art is masterful in these issues. The presence of dark and light on each page carefully balanced. The contrast between the Demon Bear with his minions and the New Mutants team is perfect. The New Mutants are crisp and heroic where their enemies are muddled, ever-shifting, and surreal.

The moody art matches perfectly with the horror aspects penned by Claremont. For most of issues 18 and 19, the Demon Bear is more heard rather than seen, a whisper of shadow or a grumble promising violence in the dark. Building tension so that, when the demon is revealed, its impact is shocking. Even as the focus is squarely on Dani and her struggles, the doubts and fears and bravado of her teammates are on display. Wolfsbane, and her repressed past and tentative acceptance of her shape-shifting power, gets the most additional development. The young mutant constantly questions herself, even as she knows what she does is ultimately for the best.

I’m not sure how much of the actual comic plot will translate to the New Mutants’ big screen debut, but judging by the trailer, the spirit of the arc is very much intact. There are monsters in the dark, unspecified threats from all sides, and a constant sense of distrust, not just of others, but of the main characters of themselves. I am happy to see that this modernized version replaces the eponymous “adult in the room” with Cecilia Reyes instead of the ever-cranky eighties-era Charles Xavier.

If you enjoy “Demon Bear,” there’s no reason to stop at issue #20. I highly recommend grabbing New Mutants Classic Vol. 1 and New Mutants Classic Vol. 2 so that you can catch the entirety of Sienkiewicz’s run as illustrator. The issues immediately after “Demon Bear Saga” introduce Warlock, the techno-organic alien that became the defining character for the team, and touch more on Wolfsbane’s past as the abused daughter of a reverend.

The New Mutants might not be the best known team in the X-universe, but they’re one of the most nuanced, their battles and struggles stemming as much from their own actions and self-doubt as from outside influences. If you’re looking for a comic series that’s more than ‘roid-ragers in spandex punching giant monsters, it’s a great place to start.