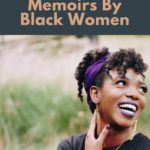 I was a late blooming bookworm and wasn’t really about that reading life until I was out of high school, when I started to branch out to nonfiction and memoir. The first time I had ever felt truly transformed by a book was when I read bell hooks’s All About Love: New Visions in my first year of college, after I’d gotten out of a short-lived but emotionally abusive relationship. The book had turned everything I had experienced and known about love on its head. Since then, I’ve had many transformative moments with books, and most often with memoirs written by Black women.

Books by Maya Angelou, Audre Lorde, and Roxane Gay have all shaped my life and the ways I see the world as an adult. Books by Phoebe Robinson, Samantha Irby, and Luvvie Ajayi have shown me how to write about painful moments with humor. I’m happy to say I consistently see those names on many must-read lists, and below are three more memoirs that are not to be missed. 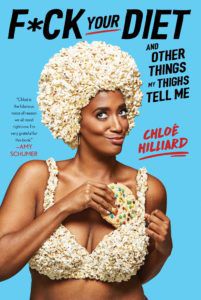 F*ck Your Diet by Chloe Hilliard

F*ck Your Diet isn’t merely a hilarious memoir of Hilliard’s own personal journey with health and wellness—it’s a well-researched study on diet culture, public policies that helped shape many health crises, and the history of Eurocentric standards of beauty. Her struggles with diet and body image are universally relatable and laugh-out-loud funny (she is a comedian, after all), but she pulls no punches in her research on how public policy and the media often set marginalized people up for failure (she’s also a journalist, after all).

What I appreciated so much in Hilliard’s memoir was the acknowledgment that we’re not meant to be perfect. Hilliard writes about her experience in mostly trying to keep a vegan diet, but admits sometimes she breaks with it. She talks about her moral struggles with wanting plastic surgery while not wanting to begrudge another woman’s right to do it. Hilliard’s memoir is a salve for the scolding, punishing tone of diet culture. 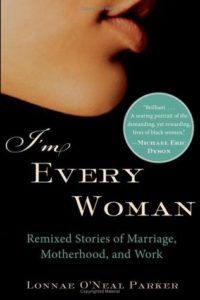 Published in 2005, Lonnae O’Neal Parker’s memoir about modern Black motherhood and her career at the Washington Post came at a crucial time. Mormon mommyblogs were having their moment, the work vs. stay-at-home “mommy wars” were in full swing, and the anti-vax movement was only beginning to gain traction. The entire media discourse on motherhood was dominated by the problems of White women. I’m Every Woman was a necessary reminder that entire swaths of women had already resolved many of these debates in their own communities without the help of the mainstream media, and these women faced entirely different issues.

This book, along with my breast pump, was my constant companion in the mother’s room at my job when my older daughter was an infant, at a time where I felt shut out of the larger discourse about motherhood. I didn’t like my job and but couldn’t afford to stay at home with my daughter, and reading about the mommy wars made me feel like I was failing both sides. This book helped me see the larger world of issues that mothers—especially mothers of color—face that were not being talked about in the media. Most importantly, while the “mommy wars” pitted women against each other, this book helped me understand that the wars were entirely bullshit and that we instead needed to be looking for ways to lift up all women. 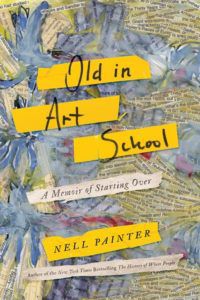 In this memoir, Nell Painter, already an accomplished historian and retired from Princeton, documents her experience quitting her career to go to art school for her BFA at 64. She writes frankly about her political beliefs and the racism, sexism, and ageism of the art world, but she also writes with joy about the process of aging, her love of art, and the experience of learning new things at 64.

I’ll be perfectly honest—this is not the kind of book that makes it look easy. Painter is a lifelong academic and a complete art nerd. She had been painting since she was young and went to top schools for her BFA (Rutgers) and MFA (RISD). She often comments about her lack of natural talent for art, but she clearly takes the process of learning and training more seriously than most people. The book has been frequently criticized as being snooty, judgmental, and fatphobic, but I saw all those things as a reflection of how critical and judgmental academia and The Art World are at large. It certainly wasn’t easy for Painter to make her way in these worlds as an older Black woman.

Painter’s book is a testament to the value of learning about something you love, just because you love it. Throughout her time in art school, she had gotten bad critiques and was rejected from her top MFA choice, Yale—a school that had offered her a teaching position years before—but she never let them keep her down for long. I got the sense that these obstacles in her life helped her improve her work, as if out of spite.