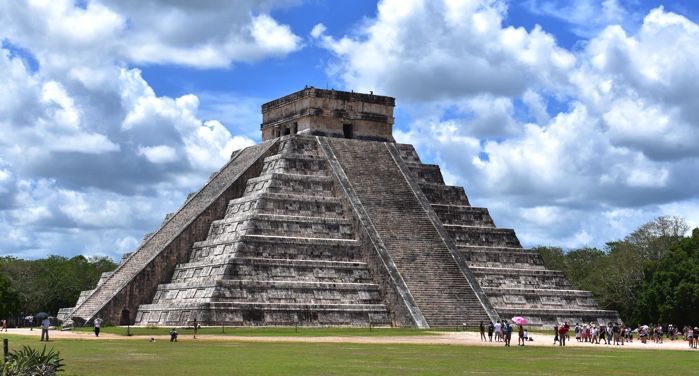 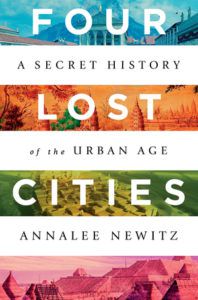 In Four Lost Cities, acclaimed science journalist Annalee Newitz takes readers on an entertaining and mind-bending adventure into the deep history of urban life. Investigating across the centuries and around the world, Newitz explores the rise and fall of four ancient cities. Four Lost Cities is a journey into the forgotten past, but, foreseeing a future in which the majority of people on Earth will be living in cities, it may also reveal something of our own fate. 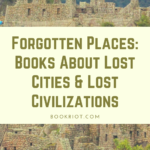 The films and books abound, particularly in fiction: a group of explorers hack their way through a jungle in search of a mysterious lost city and its trove of treasure. But through a maze of traps, illness, surprises, suspense, romance, adventure, and villains, they end up withdrawing, the secrets and the treasure lost, the rush of discovery fresh in the hearts of our protagonists.

While that classic action movie is fun, there are real-world stories too: lost cities and lost civilizations rumored, discovered, and uncovered. The world of archaeology has experienced true moments like this, whether it be explorers disappearing under mysterious circumstances or a few adventurers making an archaeological discovery that shifts history altogether.

Unfortunately, the world of adventure and exploration writing seems to often fall to white authors, often men, and I was largely unable to find nonfiction books on lost cities and lost civilizations by women, gender-nonconforming writers, and authors of color. If you find any such titles, please let me know. I am particularly invested in finding such books, as these lost places and mysteries are most often set in places where the majority of the population is non-white, and in places that have been colonized or “discovered” by white men. There are many books out there, too, that feature imperialist or racist outlooks — and even books that have been partially recanted because the author realized it wasn’t their story to tell. I am looking forward with anticipation to the growth of this genre into a more interesting, complex, diverse genre.

Below are eight books about lost cities and lost civilizations that are exciting, that will charge your wanderlust, that will make you want to explore, discover, and dig deeper into the histories you may know little about. 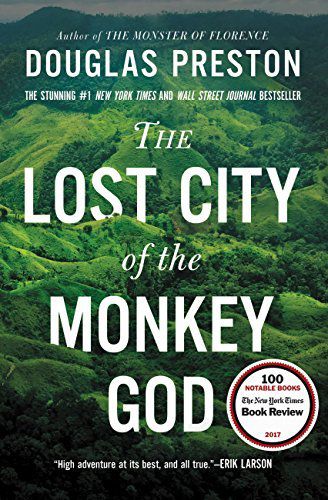 The Lost City of the Monkey God by Douglas Preston

Legends of the White City had swirled ever since the day the brutal invader Cortés arrived in Honduras. Indigenous people told stories of a city to which people fled to escape the Spanish invaders — but warned that anyone who found it would die. In 1940, journalist Theodore Morde claimed to have found it, but died by suicide several years later without ever substantiating the claim. In 2012, author Preston would join a group of scientists on a quest to find the city, and this book chronicles the story of their journey, their discoveries, and the disease that struck them shortly after returning from their journey. It’s a suspenseful true story that features drama and adventure. 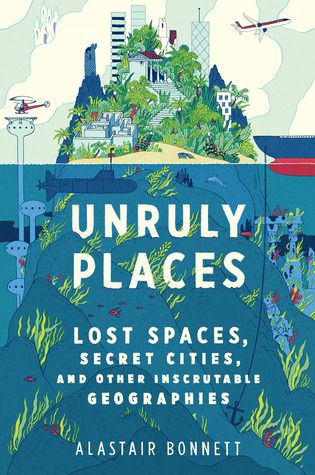 People tend to think that there’s nothing unexplored now, thanks to the internet and its corners. But Bonnett bursts that bubble in a spectacular, fantastical way, by guiding us through unexpected places — from Sealand, the gun platform off the English coast that a British citizen claimed as a nation, to Sandy Island, a place that was on maps until just recently despite never existing, to moving villages, no man’s lands, and enclaves that push at our understanding of borders and the undiscovered. 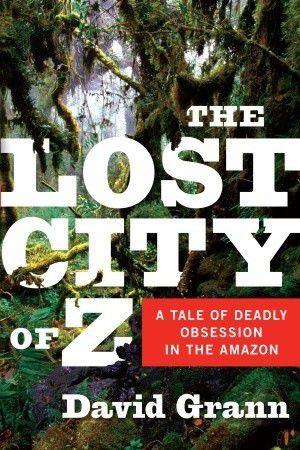 The Lost City of Z: A Tale of Deadly Obsession in the Amazon by David Grann

In 1925, an explorer named Percy Fawcett went to the Amazon to try and find an ancient lost history after spending years making the case that an ancient civilization he called Z existed. But then his expedition vanished. It created an obsession for many, all of whom wanted to find the civilization or find out what happened to Fawcett, and all failed. Grann digs into that series of stories and tales, picking apart the evidence Fawcett had gathered, and then decides to go himself. His journey, and the way he looks into the psychology and impact of the journey on the people who have attempted it, is fascinating and entertaining. 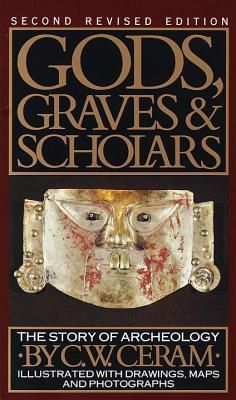 Gods, Graves, and Scholars: The Story of Archaeology by C.W. Ceram, Translated by Sophie Wilkins and E.B. Garside

Ceram’s book is a dramatic narrative that paints the picture of archaeology and the way man searches for his past — he digs into a lot of discoveries, from the first glimpse of Tutankhamen’s tomb, to the remains of Troy, to the discoveries of Chichen Itza, the Mayan pyramids, the Rosetta stone, and more. While it’s nonfiction, it has a distinctive adventurous feel. Reviewers mention that it’s an outdated text in many ways — between updated information and a western-centered outlook. But for many, it serves as a fantastic and accessible introduction to archaeology and discovery of early great civilizations. 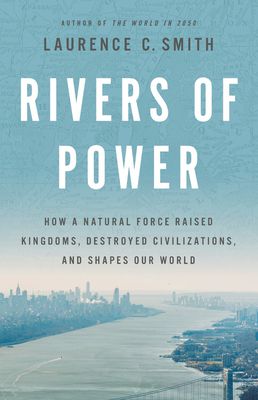 Rivers of Power: How a Natural Force Raised Kingdoms, Destroyed Civilizations, and Shapes Our World by Laurence C. Smith

This one is a little different than the others on this list, but I think it evokes the same rich feeling of exploration, wonder, and mystery. Smith looks at the underappreciated but undeniable link between rivers and civilization — their influence on our lives and how they’ve been shaped, their influence on borders, war, religion — as well as the stress test of flooding, the controversy of dam-building. It’s a fascinating book of environmental history that shines a light on the mysterious forces that can make and break civilizations, both early and modern. 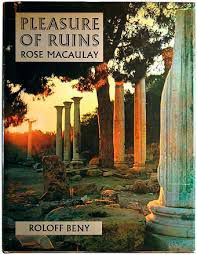 Pleasure of Ruins by Robin Macaulay

This travelogue written in the 1950s is a love letter to famous sites that Macaulay visited in their decaying state. She writes about allowing them to remain how they are, without the efforts of “restoration,” and captures beautiful photos of these ruins alongside quotes from poets and authors who loved them, as Macaulay adds her own notes, observations, and historic facts and lessons. It’s more of an exploratory, creative work than most of the books on this list: Macaulay wants to get at something about what it means to explore ruins, to see them, to wander among them, and what ruins mean to us as people. 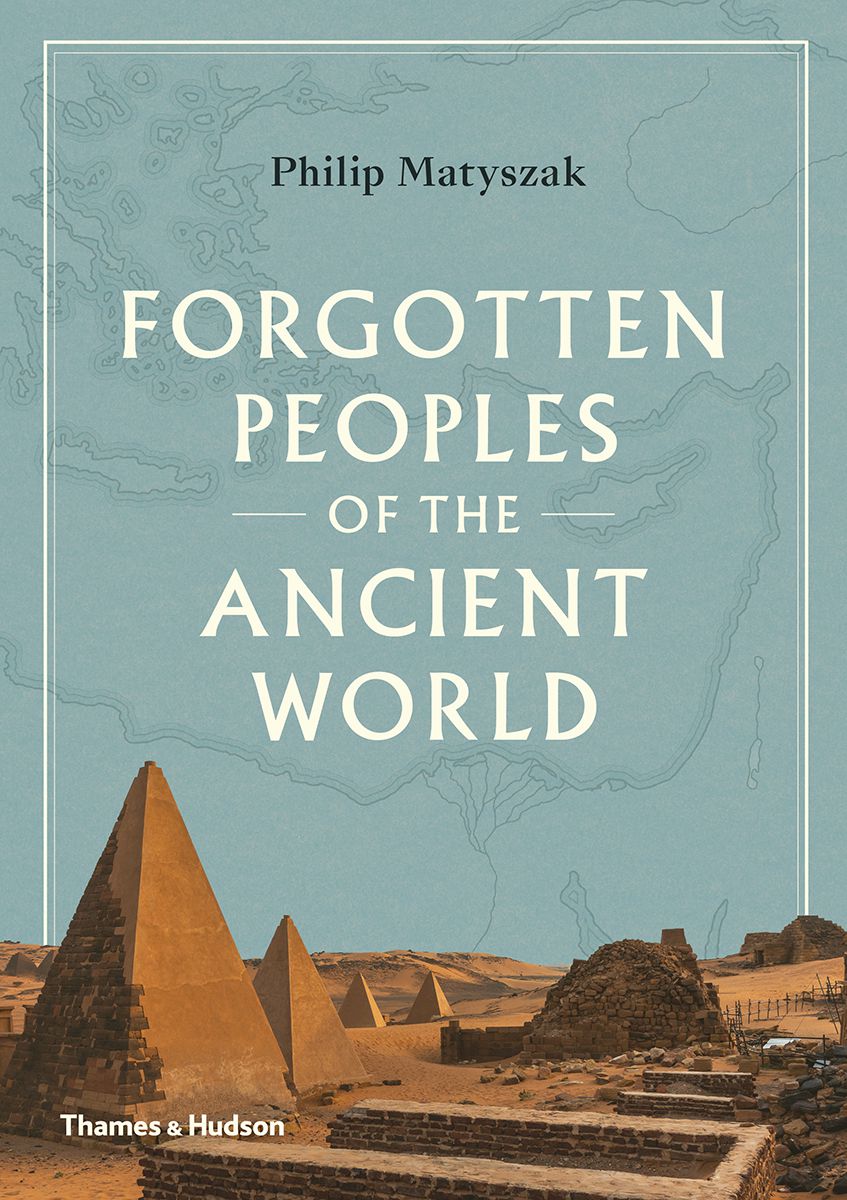 Forgotten Peoples of the Ancient World by Philip Matyszak

Obviously “forgotten” is a stretch, to some degree, as this book is pitched towards western audiences. Nevertheless, this book is an introduction to the diversity of ancient peoples focused in the Mediterranean and in the Tigris and Euphrates Valley. Matyszak is right that people remember and learn in their history classes about the Egyptians, Babylonians, Hebrews, Greeks, Romans, and other such classic empires — but Matyszak introduces readers to the Akkadians, the Hephthalites, the Hyksos, and other “lost peoples” who existed in those areas from 3000 BCE to 550 CE. The book includes illustrated artifacts and artworks as well, and reminds readers that the empires we learn about aren’t the only ones that existed and thrived. 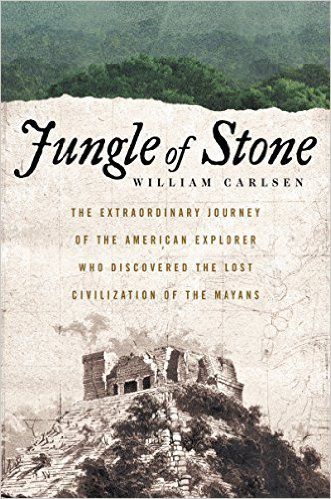 Jungle of Stone: The Extraordinary Journey of the American Explorer Who Discovered the Lost Civilization of the Mayans by William Carlsen

In 1839, adventurers John Lloyd Stephens and Frederick Catherwood decided to pursue rumors of extraordinary ruins in the jungles of Central America. Carlsen charts what they endured as they uncovered and documented the remains of the ancient Mayans and the book they wrote and illustrated about the experience, notable not only because of their discoveries, but because they seemed to grasp the significance of finding such a sophisticated ancient civilization outside of the western world — the Mayans were already constructing their pyramids when classical Greece was flowering. Carlsen brings the often forgotten archaeologists and authors into the spotlight.