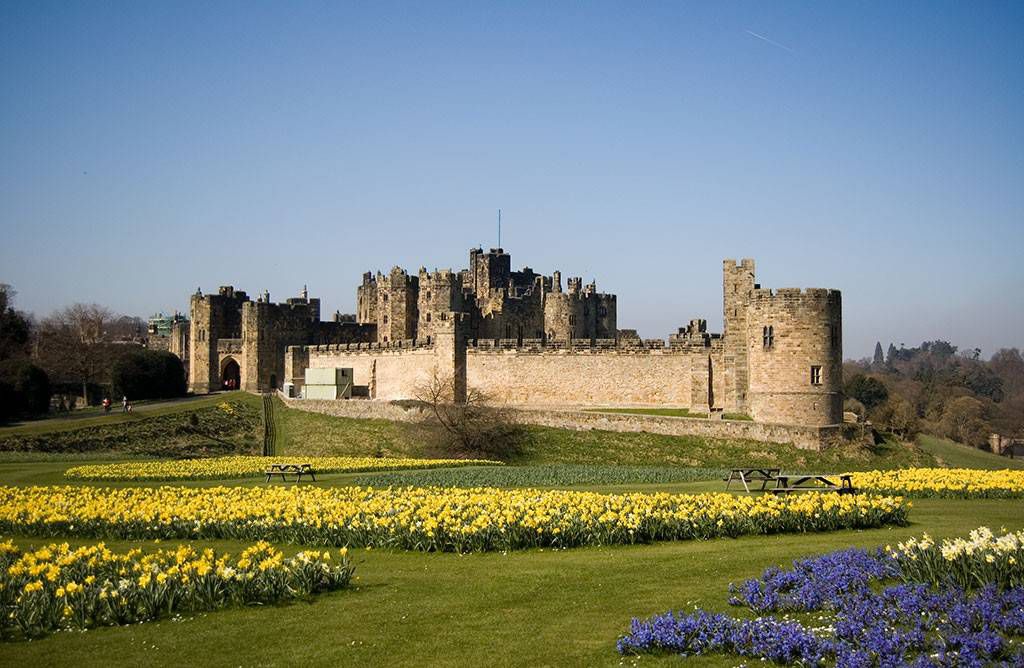 Alnwick is a town of 8,000 people located in the north of England and it’s a great niche spot for book lovers, especially of the Potterhead variety. I’ve been meaning to take a trip there for around three years and still haven’t got around to it but I am 100% sure I would love the place. Why, you may ask, it’s just a small English town, nothing remarkable about it! 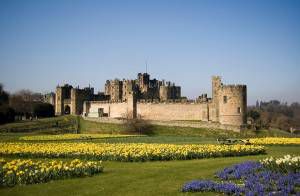 Alnwick is where Harry Potter and the Philosopher’s Stone and Harry Potter and the Chamber of Secrets were filmed. More precisely, the two films were filmed in Alnwick Castle, a castle owned by the 12th Duke of Northumberland (the property has been in the family for around 700 years!). This is where Hogwarts School of Witchcraft and Wizardry came to life for the first time, it’s where Harry Potter played Quidditch for the first time and where Harry and Ron crash-landed Mr. Weasley’s flying Ford Anglia (minus the Whomping Willow, I hope).

Visitation to the castle is only possible from March to October (which would give enough time in the year for young wizards and witches to study magic when us muggles aren’t poking around) and tickets range from $10.80 (for children) to $21. History lovers might like to know that the castle’s history has been meticulously documented and that many of the artifacts can be seen during the tour. And bonus: Downton Abbey was also filmed there, so you get double Maggie Smith presence in this castle.

But that’s not all Alnwick has to offer. The best thing about Alnwick isn’t even the Harry Potter Castle – it’s the local secondhand bookshop Barter Books. One of the largest secondhand bookshops in all of Europe, Barter Books is located inside a Victorian train station that closed in 1968. That’s right – a train station that was converted into a bookshop, it’s something that could be out of a historical fiction novel and I love it. 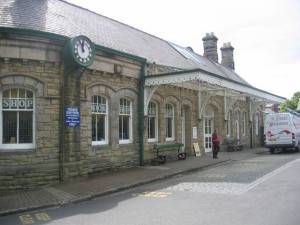 Opened in 1991, the shop uses a barter system: the customer can bring old books into the shop and exchange them for store credit. If you’re only passing by, regular cash purchases are also an option. The shop has seven rooms full of books of all kinds (a plan of the shop and a list of the genres they carry can be seen here) and the train station has been mostly kept the same: the entrance still has the barred windows where travellers used to purchase their train tickets from. 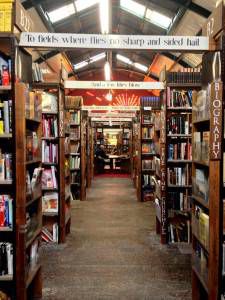 In the winter, Barter Books has an open fire in the shop for those who want to read in a cosy space. A model train travels from one room to the other and there’s even free WiFi to enjoy. You can also get coffee, tea and food from the Station Buffet to enjoy while reading or browsing books. Doesn’t it sound like an amazing place to spend an afternoon in?

But the shop is even more interesting than that: this is where the original Keep Calm and Carry On posters were found. We can all agree they have been overused, but I personally find its history fascinating. The poster, originally designed for the a time of extreme crisis in the Second World War (and never officially released), was discovered in Barter Books 50 years after it was first printed. Somehow, the owners of the bookshop acquired the poster in an auction and framed it – and thus the Keep Calm fever began. The video below has incredible visuals of the bookshop and tells the story of the poster.