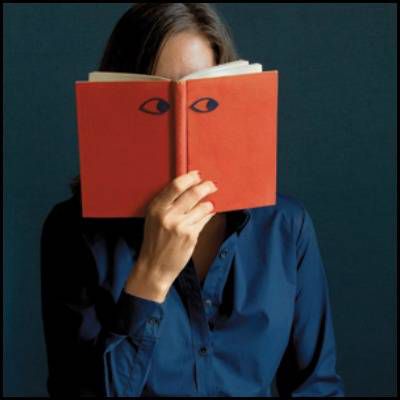 I used to be able to read any old thing I wanted, except for books about torture. Torture has always been my Number One Do Not Want. If someone ever writes the novelization of Game of Thrones: The TV Version (I KNOW THEY ARE ALREADY BOOKS, MY DUDES, don’t even look at me like that. But GRRM is more restrained about his torture than Messrs Beniof and Wiess, and doesn’t just hang out there for pages, peeling a person), I will not be able to read the Theon scenes.

But unless someone was being flayed (why is that even a thing? Whose terrible, terrible idea was that in the first place), I was pretty down to read. EVEN IF THERE WAS A DOG DEATH, as long as it wasn’t protracted, I could muscle my way through.

Then I had a kid, and then I had another kid, and everything went tits up. Gone are my salad days, reading with the gleeful heedlessness of youth, where nothing really bad had ever happened to me and nothing on earth could break me. There have been a lot of posts on BR lately about how kids Do or Do Not keep you from reading (mostly Do Not, because the mama-ladies of Book Riot are readerly as fuck) but we haven’t really been talking about this weirdly specific way in which they rain on your reading parade.

It’s not like five years ago I was reading books about murdered babies and being like, LOL THIS IS GRATE. Dead babies are dead babies, unless it’s the mid-90s, in which case dead babies are what you joke about at recess because humor was having a weird moment. But a dead baby was a Plot Point of Maximum Pathos, like the dead dog or the grandma who hops out of the boat into the lake of acid to push everyone else to shore because the oar had drifted away. It was a sad thing someone had made up to make me feel feelings, not a Thing Specific To My Life And Therefore Too Awful To Contemplate.

Usually books that fall into my ever-expanding No-Fly Zone are blurbed all like, After the terrifying kidnapping of her three-year-old daughter, and I can be like, NER THERNKS. But then I’m blithely reading Erik Larson’s Dead Wake: The Last Crossing of the Lusitania, which, being well-researched and beautifully written and containing just leetle conspiracy theory, is far enough up my alley to start looking at real estate, and I’m blindsided by the story of Norah Bretherton. Traveling alone with her baby daughter and her 3-year-old son, she had put one in the ship’s daycare and the other down in her cabin for a nap and was strolling the deck when the ship was torpedoed.

THIS IS MY LITERAL BIGGEST FEAR since having a second child. Not that I’ll be on the Lusitania as it goes down, so I guess not my Actual Literal biggest fear, but my Figurative Literal Or As Defined By The OED Now, Just ‘Literal’ biggest fear. Disaster strikes, and I have to choose between my children. The house catches fire and I have to pick which one to grab first. You guys, I cannot. I make terrible, off-color Sophie’s Choice jokes around the house ALL THE TIME because I cannot cope with this particular aspect of reality, that there are two people who depend on me for comfort and safety, and that I am only one person.

I’m sort of down with trigger warnings for the common traumas like rape (ugh, it is the worst that I just wrote those four words. Get your shit together, universe), because I think that having been raped shouldn’t preclude you from finding a safe place in literature, but there are too many specific literary no-fly zones for trigger warnings to encompass them all. I polled the Rioters for their deal-breakers, and they run the gamut from dying spouses to gratuitous slurs to the dog thing. So I’m not expecting, like, Parental Advisory: Small Child Is Made To Feel Frightened stickers on my books ever, but I’M NOT SAYING I WOULDN’T BE DOWN WITH THE HEADS UP.

I just…I want to see it coming.

What topics are on your no-fly list? Have you ever been blind-sided by a throw-away reference to something you find unmanageably sad?