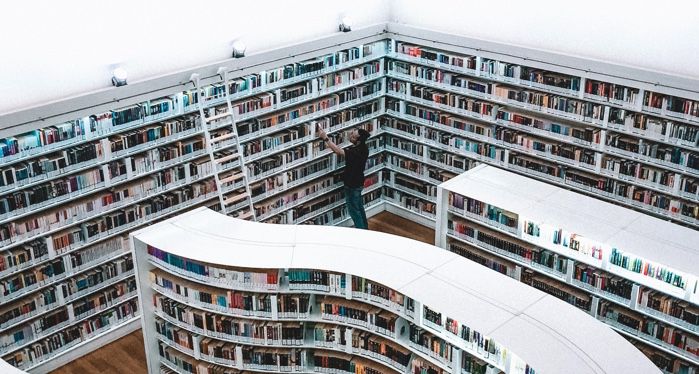 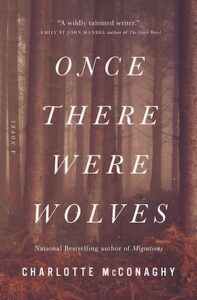 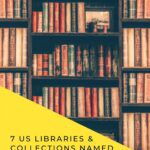 Among the women are several PhDs, a major donor to literary causes, and correspondences on important topics in history. Read on to find out more!

If you’re interested in U.S. women’s history, the Schlesinger Library is a good place to start. Named after married couple Arthur and Elizabeth Schlesinger, areas of focus include women’s rights and feminism, health and sexuality, and work and family life.

While the library bears both of their names, Elizabeth Bancroft Schlesinger has achievements of her own. As The New York Times noted, she was a leading feminist of her time and marched against wars throughout her life. “She returned to her early interest in women’s rights after World War II and was one of a small group of scholars pioneering the modern study of women,” the newspaper reported.

The library is based out of Harvard University’s Harvard Radcliffe Institute. There are collections on prominent women like Helen Keller and Alice Paul, in addition to oral history recordings by outstanding Black women like Audre Lorde and Dorothy West.

This collection is located at the Iowa Women’s Archives at the University of Iowa Libraries. It consists of papers and diplomas related to Lulu Merle — a trailblazer indeed. Merle earned bachelor’s and master’s degrees at what is currently the University of Iowa; then she went on to earn a PhD in American History. She was the first African American woman with a doctorate degree, not just at that specific university, but in the state.

Afterwards, she continued to dedicate her life to education as a history professor, at several universities.

This digital collection is mostly made up of correspondences and papers by Rosika Schwimmer and Lola Maverick Lloyd, with other prominent figures of the day. Who are Schwimmer and Lloyd?

Rosika Schwimmer was a Hungarian anti-war activist that played an important role at the Hague International Congress of Women — and anti-war convening. She was also a suffragist, and helped refugees. Ultimately, Schwimmer went into exile due to antisemitism and settled in the United States.

The ACLU helped her numerous times, including after her original application for U.S. citizenship was denied. Per ACLU, “She had no funds to share and as a non-citizen she could not sign sponsorship affidavits. But she used her capacity for voluminous correspondence to enlist friends, acquaintances, and sometimes even complete strangers to help some of the hundreds of desperate people who appealed to her.”

Lola Maverick Lloyd was a good friend of Schwimmer’s and also advocated for peace. She participated in founding the Women’s Peace Party, the Women’s International League for Peace and Freedom, and the Campaign for World Government (with Schwimmer). Additionally, she was a suffragist and taught at Smith College.

Housed at the New York Public Library, the correspondence and papers in the collection are mostly from the early 1900s. They include writings to and from Albert Einstein, Jane Addams, Oliver Wendell Holmes Jr., and Anna Howard Shaw. There are also some photographs.

Joanna Banks was an important book collector. She collected works of Black literature for decades, starting in 1965. According to Penn Libraries at the University of Pennsylvania, she also collected photographs of Black authors in Washington D.C. Banks went to many readings, conferences, and book signing events. Like others in this post, it is quite a collection.

There was an exhibition of the Banks in 2020, along with a symposium on it.

A longtime history professor at the University of Chicago, Hanna Holborn Gray’s Center is at that college. The Special Collections Research Center was renamed in her honor in 2020. What can you find there? The center includes rare books and university archives.

After teaching at Chicago, she held several administrative positions at different colleges including Yale. Notably, Holborn Gray was often the first woman to occupy the positions she was in.

Ultimately, she held the position of president at the University of Chicago for 15 years. Other distinctions include receiving a Medal of Liberty in 1986, a Presidential Medal of Freedom in 1991, and the Newbery Library Award.

The Ruth Lilly Medical Library is in the Hoosier state. In case you don’t what that means, it’s located in Indiana — at Indiana University, to be exact.

“Established in 1908, the Ruth Lilly Medical Library is the largest academic health sciences library in the state,” per the official website. In the library, there are computers, a student lounge, classrooms, and more.

Ruth Lilly was a big time philanthropist who gave away more than $700 million to many causes — especially education. Poets might already be familiar with her, since two Poetry Foundation awards bear her name: the Ruth Lilly Poetry Prize, and the Ruth Lilly and Dorothy Sargent Rosenberg Poetry Fellowship. She made a large donation to the foundation in 2002, and in 2004, received an honorary doctorate from the Indiana University.

The Mujeres Latin Digital Collection is part of the Women’s Archives at the University of Iowa Library. Items in the collection include family records, correspondence, photos, and more.

In addition, the collection’s description says it “seeks to collect and preserve materials which document the lives and contributions of Latinas and their families to Iowa history.” There you can find information on migrant laborers, families, organizations and activists, among other subjects.

It’s important to highlight collections such as these, given that history (not just library names) tend to favor men. But these women have left lasting footprints through their libraries and collections, which will hopefully enrich present and future generations.

If you’re looking for more, you can also take a tour of these feminist libraries!