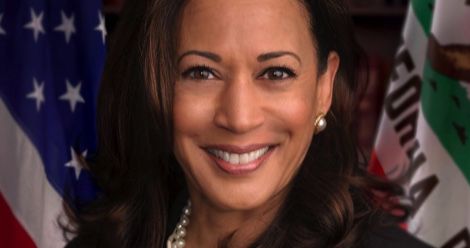 Senator Kamala Harris has struck another book deal. Last week, the Penguin Press announced Harris’s book The Truths We Hold: An American Journey, to be released January 8, 2019. According to the publishing company the book will focus on the “core truths” in America, how to uncover them, and ways to work through them as well as pieces of Harris’s life and struggles woven through the text.

Before getting your hands on The Truths We Hold, here are five facts you need to know about the rising Democratic leader.

1. She comes from a family of success and activism

Her mother, Shyamala Gopalan, was born and raised in Southern India and earned her Bachelor’s degree at just 19. She then migrated to the U.S. to get her doctorate in  endocrinology. During her time, she became a part of the civil rights movement and met Donald Harris, a Jamaican immigrant came to the U.S. to pursue doctoral work at Berkeley in economics. Her mother worked as a researcher for breast cancer and her father as an economics professor at Stanford University.

In 2010 Harris became the first woman, first African American, and first person of South Asian descent to hold the position of Attorney General of California. She now serves as the first black Senator of California and the first Indian American Senator, though, she says, she doesn’t want to be the last.

3. She is an activist and mentor

Seeing as her parents were taking her to civil rights rallies when she was still in a stroller, Harris is not one to shy away from speaking up about controversial issues. Through media interviews and Twitter, she frequently speaks on gun laws, the Black Lives Matter movement, minimum wage, crime, women’s rights, and more. She also serves as a mentor to young women who are seeking office. “These are challenging times,” she told Marie Claire, “but I believe getting more women to run for office is a big part of the solution.”

4. “The Truths We Hold” is not her first book

Harris’s first book, Smart on Crime, points out weak points within the criminal justice system and how that system can repair itself for the betterment of their communities by becoming smarter when it comes to crime. Smart on Crime was published in October 2009 by Chronicle Books.

Though she hasn’t confirmed it, there are rumors that Harris is planning to run in 2020, and announcing her new book is only adding fuel to the fire. Harris isn’t afraid to speak out against her political opponents. It’s only a matter of time before she gets up and steps into the White House herself.

Looking for more? Check out Badass Women in Politics: the Audiobooks Edition.