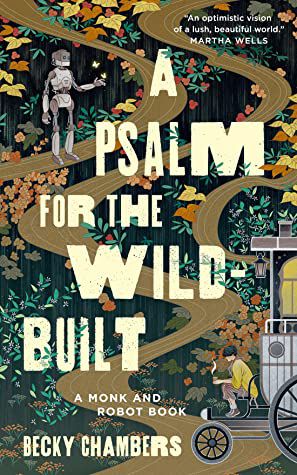 One day, the life of a tea monk is upended by the arrival of a robot, there to honor the old promise of checking in. The robot cannot go back until the question of “what do people need?” is answered.

But the answer to that question depends on who you ask, and how.

They’re going to need to ask it a lot.

Becky Chambers’s new series asks: in a world where people have what they want, does having more matter?

Reasons to read it: This is a new series of novellas from the author of the Wayfarers series, and it promises a hopeful version of the future. Because this is Becky Chambers, it of course includes queer characters: the monk is nonbinary/agender. If you like slice of life sci fi, this one’s for you.

Sixteen-year-old Jake Livingston sees dead people everywhere. But he can’t decide what’s worse: being a medium forced to watch the dead play out their last moments on a loop or being at the mercy of racist teachers as one of the few Black students at St. Clair Prep. Both are a living nightmare he wishes he could wake up from. But things at St. Clair start looking up with the arrival of another Black student–the handsome Allister–and for the first time, romance is on the horizon for Jake.

Unfortunately, life as a medium is getting worse. Though most ghosts are harmless and Jake is always happy to help them move on to the next place, Sawyer Doon wants much more from Jake. In life, Sawyer was a troubled teen who shot and killed six kids at a local high school before taking his own life. Now he’s a powerful, vengeful ghost and he has plans for Jake. Suddenly, everything Jake knows about dead world goes out the window as Sawyer begins to haunt him. High school soon becomes a different kind of survival game–one Jake is not sure he can win.

Reasons to read it: This is a paranormal social thriller with a horror edge dealing with racism and other social commentary. It’s about a gay Black teen who sees ghosts and feels completely disconnected from the world around him — which only gets worse when he’s possessed by the spirit of a school shooter. Look up content warnings before getting into this one, because it deals with some dark subjects and has some skin-crawling horror scenes. 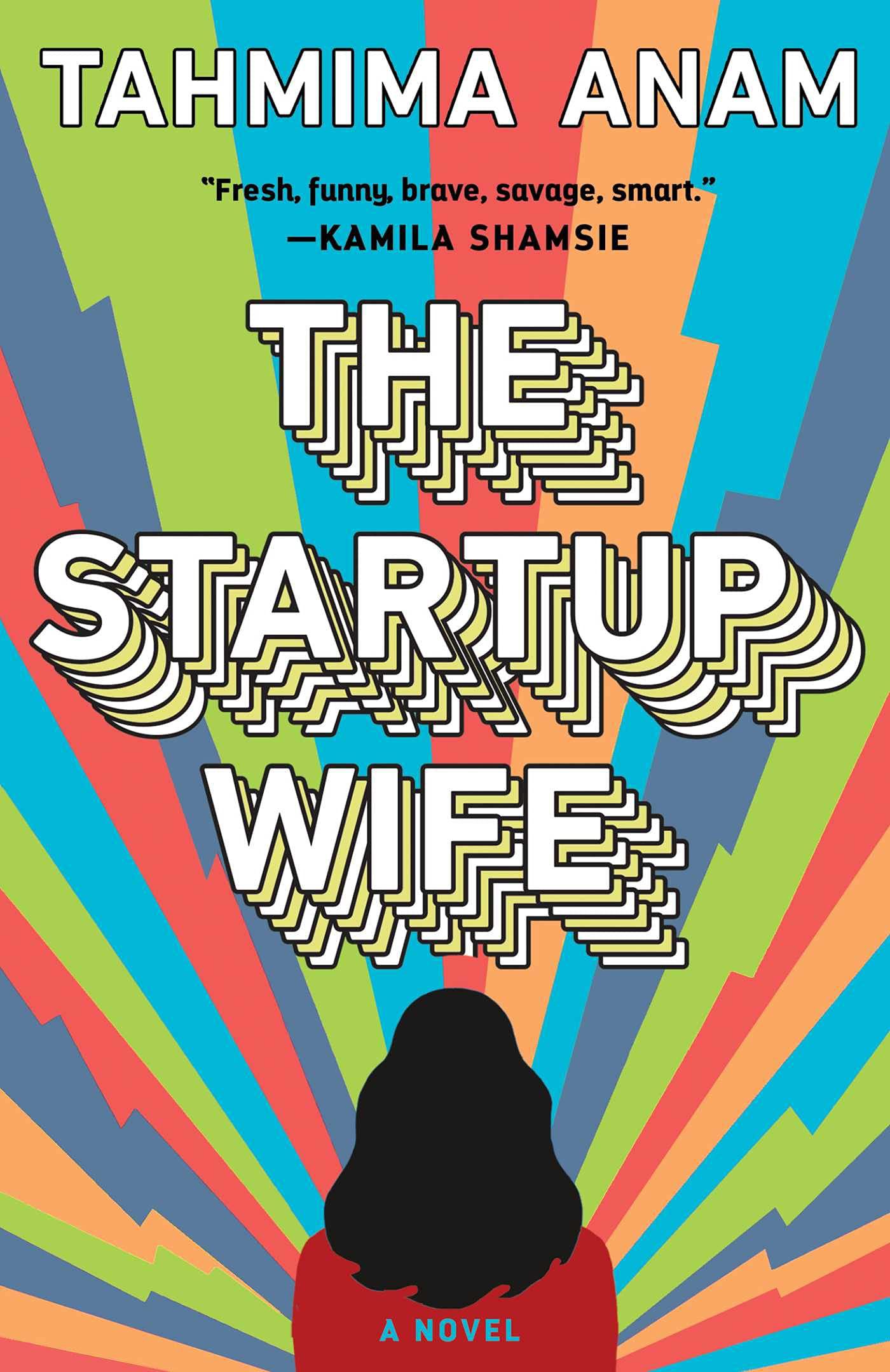 The Startup Wife by Tahmima Anam

Brilliant coder and possessor of a Pi tattoo, Asha is poised to revolutionize artificial intelligence when she is reunited with her high school crush, Cyrus Jones.

Cyrus inspires Asha to write a new algorithm. Before she knows it, she’s abandoned her PhD program, they’ve exchanged vows, and gone to work at an exclusive tech incubator called Utopia.

The platform creates a sensation, with millions of users seeking personalized rituals every day. Will Cyrus and Asha’s marriage survive the pressures of sudden fame, or will she become overshadowed by the man everyone is calling the new messiah?

Reasons to read it: This is about a newlywed couple accidentally start a cult through an app. It’s a humorous look at start-up culture, but it also examines marriage and relationships through a feminist lens. If you’re interested in how technology changes our lives and the people who wield that power, check this one out. 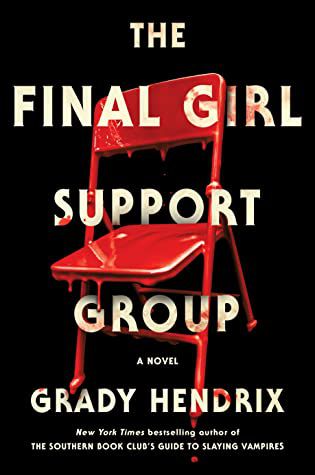 In horror movies, the final girl is the one who’s left standing when the credits roll. The one who fought back, defeated the killer, and avenged her friends. The one who emerges bloodied but victorious. But after the sirens fade and the audience moves on, what happens to her?

Lynnette Tarkington is a real-life final girl who survived a massacre twenty-two years ago, and it has defined every day of her life since. And she’s not alone. For more than a decade she’s been meeting with five other actual final girls and their therapist in a support group for those who survived the unthinkable, putting their lives back together, piece by piece. That is until one of the women misses a meeting and Lynnette’s worst fears are realized—someone knows about the group and is determined to take their lives apart again, piece by piece.

But the thing about these final girls is that they have each other now, and no matter how bad the odds, how dark the night, how sharp the knife, they will never, ever give up.

Reasons to read it: This is a fast-paced thriller from the author of The Southern Book Club’s Guide to Slaying Vampires. This will be perfect for fans of old-fashioned slashers, but with a cast of women who are determined to protect each other from the horror they’ve already endured once before. 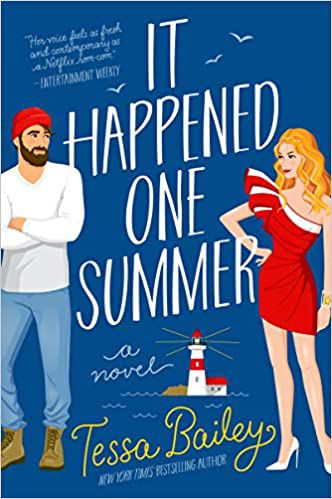 It Happened One Summer by Tessa Bailey

Piper Bellinger is fashionable, influential, and her reputation as a wild child means the paparazzi are constantly on her heels. When too much champagne and an out-of-control rooftop party lands Piper in the slammer, her stepfather decides enough is enough. So he cuts her off, and sends Piper and her sister to learn some responsibility running their late father’s dive bar…in Washington.

Piper hasn’t even been in Westport for five minutes when she meets big, bearded sea captain Brendan, who thinks she won’t last a week outside of Beverly Hills. So what if Piper can’t do math, and the idea of sleeping in a shabby apartment with bunk beds gives her hives. How bad could it really be? She’s determined to show her stepfather — and the hot, grumpy local — that she’s more than a pretty face.

Except it’s a small town and everywhere she turns, she bumps into Brendan. The fun-loving socialite and the gruff fisherman are polar opposites, but there’s an undeniable attraction simmering between them. Piper doesn’t want any distractions, especially feelings for a man who sails off into the sunset for weeks at a time. Yet as she reconnects with her past and begins to feel at home in Westport, Piper starts to wonder if the cold, glamorous life she knew is what she truly wants. LA is calling her name, but Brendan — and this town full of memories — may have already caught her heart.

Reasons to read it: This is a Schitt’s Creek–inspired romcom about a Hollywood princess who’s thrust into having to survive in regular life. It’s a steamy romance with a fish out of water main character and a gruff but charming love interest. Tessa Bailey’s romances already have a big fan base, so this is sure to get their attention. 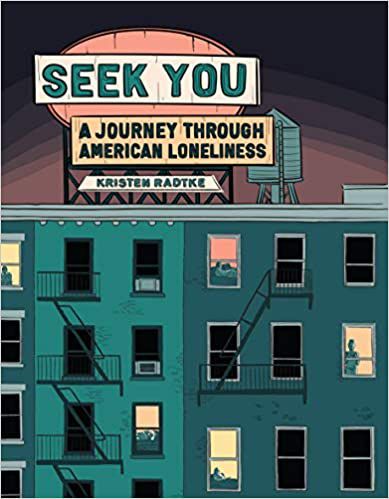 Seek You: A Journey Through American Loneliness by Kristen Radtke

There is a silent epidemic in America: loneliness. Shameful to talk about and often misunderstood, loneliness is everywhere, from the most major of metropolises to the smallest of towns.

In Seek You, Kristen Radtke’s wide-ranging exploration of our inner lives and public selves, Radtke digs into the ways in which we attempt to feel closer to one another, and the distance that remains. Through the lenses of gender and violence, technology and art, Radtke ushers us through a history of loneliness and longing, and shares what feels impossible to share.

Ranging from the invention of the laugh-track to the rise of Instagram, the bootstrap-pulling cowboy to the brutal experiments of Harry Harlow, Radtke investigates why we engage with each other, and what we risk when we turn away. With her distinctive, emotionally-charged drawings and deeply empathetic prose, Kristen Radtke masterfully shines a light on some of our most vulnerable and sublime moments, and asks how we might keep the spaces between us from splitting entirely.

Reasons to read it: This year has forced most of us to think about loneliness and isolation. Seek You examines how this was already a deeply rooted problem in the U.S. It promises to be “elegant and devastating:” a perfect read for anyone who’s felt alone, and anyone who wants to find ways to better make connections across U.S. American society.