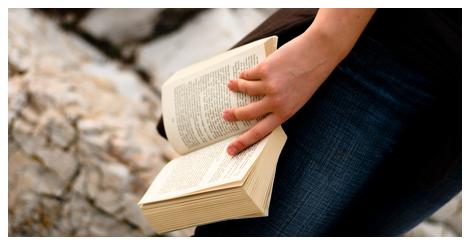 You pick up a book and turn to the first page. Something unexpected greets you: strange lettering, unfamiliar layouts, even holes in the paper. This is a novel, but not as you know it. Literature that plays with the form is often viewed as difficult, the reserve of academics and those with time to grapple with frustrating texts. However, many best selling novels play with how text is presented. Zadie Smith uses email correspondence in On Beauty, and Jennifer Egan’s A Visit from the Goon Squad has a chapter made up of PowerPoint slides. It is only a small step further to the books described below, and I encourage you to take it.

Experimental fiction can be exciting and invigorating, getting you to think about the physical nature of the book in your hands. At their very best, ‘tricks’ can reshape how we connect to the stories and people we’re reading about. I love books that mess around with the novel. I hope you might too. 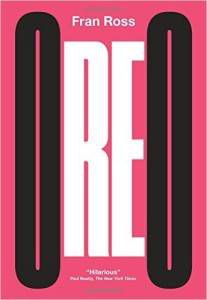 A great place to start is Fran Ross’s Oreo. Ignored and almost forgotten when it was first published, it has thankfully been re-released (most recently by New Directions in 2015) and is gaining the attention and appreciation that it deserves. Like Joyce’s Ulysses, it takes a Classical Myth as the foundation for its narrative. Oreo echoes the story of Theseus, but satirises it to explore aspects of race, gender and identity. Chapters are segmented and littered with all manner of visual devices – equations, diagrams, symbols, menus to name a few – that contribute to the wit and erudition of the novel. It is a book that celebrates language and languages, while managing to be extremely funny. After completing Oreo, Ross went on to write for The Richard Pryor Show, which should give you some indication of the humour. You have been warned! 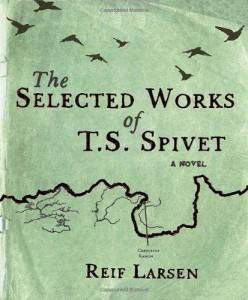 For something more recent, you could try The Selected Works of T.S. Spivet. Reif Larsen fills the margins of his novel with drawings, charts and lists, supposedly written by the titular Tecumseh Sparrow. The blistering array of marginalia builds a reality around the character as an active participant in the construction of the book.

Mark Z. Danielewski does something similar in the House of Leaves, where we learn more about one of the narrators, Johnny, through his footnotes and appendices to ‘The Navidson Record.’ As I followed these notes I experienced a growing anxiety as Johnny’s loosening grip on reality is slowly revealed. The strange layouts add to this sensation, and you begin to question the cause of his delusions, could it be the very text we are reading? This book is a disquieting but riveting horror story, recommended for anyone who likes to be spooked. 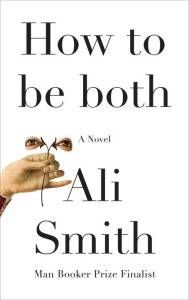 Other authors have experimented with how text is ordered, providing variation in the way readers will experience their books. Ali Smith’s award-winning How to Be Both was simultaneously released in two versions, contrasting the stories of an Italian Renaissance Artist and a 16-year-old school girl by shifting the order in which they were printed. 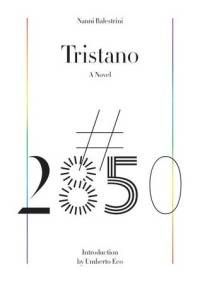 Nanni Balestrina has taken this even further to produce a book in which no two versions are the same. His novel Tristano is made up of ten chapters of 15 shuffled pairs of paragraphs, to produce 109,027,350,432,000 possible variations! This audacious experiment in form celebrates the beauty of creativity in chance…and for all you book-loving collectors out there, each version comes with an individually numbered cover (I own version 12,835).

B.S. Johnson is one of my favourite experimenters. He managed to pair literary trickery with engaging (often semi-autobiographical) characters. He made his own attempt at randomizing the reading experience, producing a novel in a box, The Unfortunates, with chapters that could be shuffled and read in different orders. For Johnson, experiments in form were a means of portraying and expressing the experience of characters. In Trawl, expanded margins cramp the space of the text, mirroring the tight confines of the trawler cabin in which the narrator writes, struggling with seasickness and the memories of his lost first love. He uses different typographical ticks ­­‑ even blank pages – in House Mother Normal to touchingly portray the diminishing mental capacities and personalities of retirement home residents. Johnson is not widely known, and took his own life at the age of forty, but his work is full of humanity and humour alongside the literary trickery. If you want to read some B.S. Johnson you could try Alberto Angelo. It features an excision in one of its pages, which provides a tantalising glimpse of the future for the reader.

The idea of cutting out sections of page has been employed in the extreme by Jonathan Safran Foer in Tree of Codes. Foer fashions a new narrative by cutting out words, sentences, even paragraphs of text from Street of Crocodiles by Bruno Schulz. You can gingerly turn the fragile die-cut pages and listen to the whisper of paper, as the strange dream-like elided narrative begins to unfurl. Foer has created something beautiful, an artwork in itself.

These types of formal experimentation are nothing new – check out The Life and Opinions of Tristram Shandy by Lawrence Sterne for an early example – but when they are done well, they can invigorate our reading experience and reinforce our connection to characters. At its best, it provides us with unique works of art, that can be not only read, but held and experienced through multiple senses.