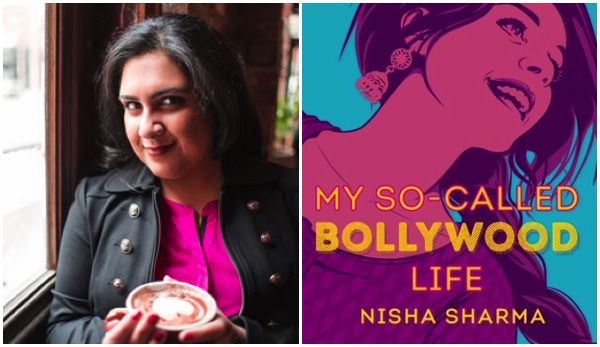 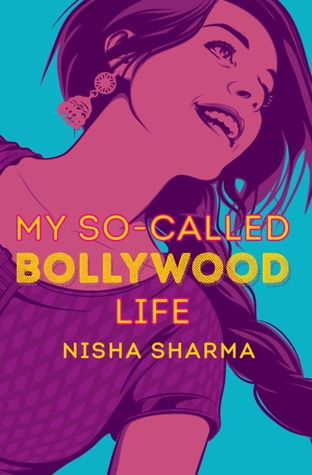 Winnie in My So-Called Bollywood Life once believed in destiny. Her pandit foretold she’d marry a man she’d know from a young age. He will have a name starting with “R,” who would give her a bracelet. Except that “man” is a boy who has cheated on her. He stopped supporting her dreams to go to New York University and study film. They have to run their school’s Bollywood film club together while broken up. The new film adviser has no faith in Winnie, and takes Raj’s side.

Winnie now doesn’t know what to do with destiny when it seems her horoscope lied. Raj also doesn’t see why cheating has to end their relationship. His new girlfriend believes that Winnie wants to steal Raj back. Maybe, however, friendship and Bollywood film can reconcile her broken heart with looking forward.

Author Nisha Sharma sat down with Book Riot to talk about her debut novel.

MY SO-CALLED BOLLYWOOD LIFE is a romantic comedy that tries to reconcile tradition with modern passions and ambitions. What inspired this novel?

I wrote MY SO-CALLED BOLLYWOOD LIFE for my MFA thesis, and at the time, I wanted to address a few misconceptions that I’d seen in books with South Asian representation. The first is that Indian parents don’t get along with their children. Although it happens, I had a really positive relationship with my parents and I wanted to highlight that in a story.

The second misconception was that all South Asian characters struggled with their identity and any South Asian book had to wrestle with identity as an “issue.” I disagree with this entirely. Although I grew up in a rural town with mostly white families, I was completely comfortable straddling the line between cultures. It came naturally to me and in MY SO-CALLED BOLLYWOOD LIFE Winnie struggles with destiny and free will, but not Indian and Western cultures as two separate entities. The last misconception lies in the term “Bollywood” itself. The title is a play on the word “Bollywood” because although it really means the Hindi language film industry, so many people use it to describe pretty much everything else.

In Reading Color Newsletter
A weekly newsletter focusing on literature by and about people of color!
Thank you for signing up! Keep an eye on your inbox.
By signing up you agree to our terms of use
Once I knew what I wanted to address, the rest of the story came pretty easily.

It’s interesting that Winnie’s family, which has Punjabi roots, balances the idea of destiny while also supporting Winnie to enter the Bollywood business. How do you think being American and having immigrant parents changes tradition?

Whenever this topic comes up with friends who have immigrant parents, we all tend to agree on one thing: when our parents immigrated to America, they took the traditions that were sacred at that time and preserved it here. So, even though most traditions in India have become fairly modernized and evolved, the 1970s and ’80s can still be alive and prevalent for parents raising children in the U.S.

That being said, some immigrant parents are comfortable evolving as a personal choice for themselves and for their children, so they’re more accepting of change. With Winnie, her parents were steadfast in certain beliefs, while in others, they knew Winnie wasn’t going to grow unless they adapted. As the child of immigrant parents, I think it’s a give and take: I want to support my parents in what they believe is important, but I also share with them what’s important to me. Our traditions change depending on the individual variation of family units.

Raj, Winnie’s ex, does a number of questionable things, starting with the cheating on her when they were “on break,” but he tries to make up for them in an effort to win her back, while ignoring the girl that he’s supposed to be dating. What do you think of his actions, and his own arc?

When I first wrote Raj, he was a lot more slimy. There was no questioning that he was out to take down Winnie because he felt slighted that she broke up with him. He was, unfortunately, fairly one dimensional. After I worked through multiple rounds of revisions, Raj’s personality became a little more nuanced. His intention was to make Winnie jealous because his pride was hurt, and then when he saw that she was moving on fairly quickly, he felt like he needed to take her back. However, there was another part of him that genuinely cared for her and wanted her to succeed.

I think that some of his actions really stunk, but truthfully, some ambitious people in the South Asian community can do terrible things when they want to be the best or the last man standing. That kind of competitive nature in our society can become poisonous which is why I wanted to address it through Raj.

Winnie describes Bollywood movies as delightful because they understand passions and emotion, while creating a new world. Do Bollywood films delight you for the same reason? If not, how do you feel about them as a Desi?

Of course Bollywood movies delight me! I think that with Bollywood movies, there is a bigger suspension of disbelief that audiences have to accept. There will most likely be singing and dancing involved. There will be unexplained set changes. The drama can be a bit extreme in some circumstances.

However, that’s the fun of watching a Bollywood film. You’re allowed to enjoy the cheese and the campiness and the total bad-assery that is an evil villain so evil that his theme song is legendary.

As a Desi, I embrace the cheese, but because of the sexual revolution that’s happening in India, some of the innocence is no longer seen in movies, which I miss. On the flip side, I’m also really proud of some of the work Indian filmmakers are doing to make Bollywood movies more present. There are women’s issues, LGBT issues, racism and religious persecution tackled on the big screen that didn’t get the attention they deserved.

Mr. Reece takes quite a journey from antagonist to mentor, once Winnie earns his respect. How do you think his perspective of Winnie and Raj changed over the course of the book?

I think that Mr. Reece always saw Winnie as a bit dramatic, while he saw Raj as the hard worker. It wasn’t until he got to know Winnie and understand how driven she was that he realized she was just as hard-working. His respect, I think, came from the fact that not only was she unwilling to give up, but she also used every creative measure in her toolbox to get what she wanted. I think that would earn anyone’s respect, don’t you?

What do you hope readers will glean from your work, especially as a debut?

I hope that readers are entertained by my work, and that they want to see more from me. I also hope that they build author expectations and challenge me to share with them something new and different each time I produce. I’m ready to embark on a relationship with my audience, and throughout this journey, I’m ready to tell the best stories I possibly can.

Winnie’s parents are pretty reasonable with her, all things considered, while telling her she has to pay for what she took from Raj as part of their breakup. What went into their characterization?

A lot of my parents went into Winnie’s parents. They’d be mad, they’d freak out, and they’d sit me down for the tongue lashing of my LIFE if I pulled off what Winnie did. However, there wasn’t any form of “grounding” or “punishment” in my house. If there was a “punishment,” it was to accept the consequences, and make up for my actions.

The other part of the parents’ reaction is understanding their daughter was hurt and reacted accordingly. I wanted Winnie’s parents to be seen as her greatest allies, even if they were mad at her. That was a difficult balance to achieve, but important for the story.

Do you think people can choose to ignore a destiny, especially from an astrologer? I didn’t get a horoscope done, but my mom did before she got married.

I 1000% think that people can ignore destiny. If it’s meant to be, then it’ll happen. But in my personal opinion, any astrologer telling someone that they must do certain things in order to achieve happiness may not be the best source for advice.

My family has an astrologer they periodically go to for advice, and my sister and I always crack up with some of the things he tells my family. If I believed our pandit about what he’s predicted for my love life, I would’ve been married 3 years ago on Valentine’s day, and missed being with someone as great as the person I’m with now. I wanted to invoke that humor into MY SO-CALLED BOLLYWOOD LIFE because so many South Asians consult astrologers and think differently than I do.

With that being said, I also believe determining whether destiny or free will are more important than the other is like debating whether the chicken or the egg came first. I think it’s all about perspective.

Being Indian in New Jersey seems different from being Indian in, say, Miami or in New York. Do you think different cities shape Desi communities in various ways?

I think the larger the South Asian population, the more businesses and resources available, the more likely that the South Asian community will celebrate together. However, the opposite can be true as well. I grew up in Northeast Pennsylvania before moving to New Jersey, and we had a really small South Asian community. It was a strong network of families that involved pani puri parties, Bollywood film nights, and Holi functions. We made it work with the resources we had. In the end, I think that sometimes it’s not about location, but about the people.

What upcoming projects can we expect from you?

I am writing the companion novel to MY SO-CALLED BOLLYWOOD LIFE, tentatively called RADHA’S RECIPE FOR BOLLYWOOD BEATS. The book is very different from MY SO-CALLED BOLLYWOOD LIFE because it has a bit more of a somber storyline where the characters are dealing with family, other people’s expectations, and personal aspirations. The hero is Jai, one of the secondary characters in Winnie’s story. I’m excited to share it with everyone!

Thank you so much for having me, Priya!

You’re welcome! pick up a copy of My So-Called Bollywood life, Out May 15!*