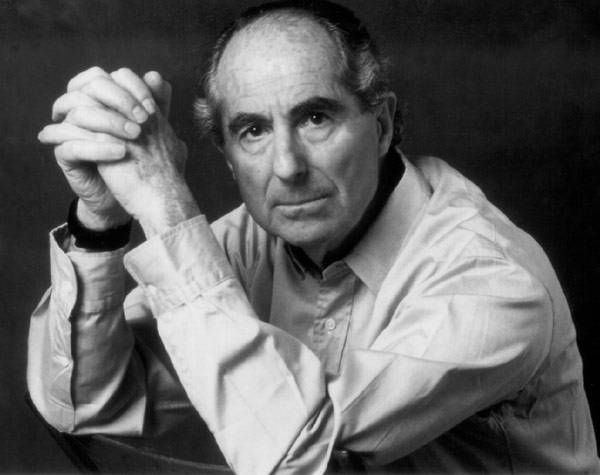 By now, most of you have probably seen Flavorwire’s list of New York’s 100 Most Important Living Writers. To me, the most interesting thing about the post isn’t the list itself; it’s the fact that the editors asked most of the important writers on the list what they thought of Philip Roth retiring. The reactions range from apoplectic to despairing to cynical to suggestions of outright gamesmanship. To save you from the annoying task of having to re-click through all 100 pages, here’s a collection of the best responses:

What most of us are thinking:

Jami Attenberg: “Oh, let the man retire. Leave him alone already. He deserves a nap along with the rest of us.”

What most of us are hoping:

Darin Strauss: “I think it’s a short con; he’ll get the attention of the Nobel people, win, then crank out brilliant work again.”

Because the image of Roth on a Disney cruise is OUTSTANDING:

Emma Straub: “I’ve always thought not having to retire was one of the perks of being a novelist, but if Roth feels like he’s said everything he wants and needs to say, then bully for him! I wonder what he’ll do with all of his time. Needlepoint? Disney cruises?”

Ben Marcus: “How do you stop a mind like that?”

Sloane Crosley: “… I can’t share my feelings in this forum because he’s probably reading this on his iPhone.”

Winner for Biggest Jerk (and most wrong):

Eileen Myles: “Thank God. I’m happy he’s still alive and we won’t have to keep hearing about his boring books. It’s very generous of him to stop.”

If you’re not into that whole brevity thing:

Amy Sohn: “I am personally disappointed because his work over the past 20 years is so strong. He was an inspiration to me as someone who was devoted solely to the craft and less so to living life and now he seems to be saying he’d rather live life. Here he is giving it up when all of us with worldly responsibilities fantasize about having a home in Connecticut with no distractions and a pond to swim in when we’re blocked. As a married person and a parent, I find Roth’s lifestyle/hermeticism extremely appealing and also impossible. I guess all of us filtered the news through the prism of whatever we are working on now. I am deep into a difficult novel that is due imminently. So when he said he doesn’t want to have any more days where he works on five pages and throws them out, I thought, “That’s actually a huge liberty to be able to do that. I wish I could have a day like that but I don’t have time!” I also had the thought that a day like that is beautiful. It’s why we do it. Because there are enough other days where everything flows and you don’t throw anything out.”

Guy with the inside scoop (why didn’t he tell us?!):

Nathan Englander: “I’d known about this for a while now. And I understand his reasons and it makes perfect sense to me. If he goes the music-industry route and decides to come out of retirement five more times, I’d be more than happy to read the books. But I don’t think that’s the case here.”

Uh huh. Yeah. You don’t say? (Sorry, I spaced out for a second. Could you repeat that?):

Tea Obreht: “I think there’s something incredibly poignant about being part of the world when a literary giant like Roth officially exits the universe he has been crafting for decades. His work is finished, on its own in the world of the reader now — witnessing it in that state is a rare and beautiful thing.”

Best approximating my own feeling (except with Russian stuff):

Gary Shteyngart: “On the one hand, it’s sad. On the other hand, when you’re done, you’re done! There’s an old Russian saying zdelal delo, gul’ai smelo. Roughly “You’ve finished your task, now you may frolic with ease.” What good fortune to be done with one’s life burden!”

E.M. Homes: “Horrible. I’m in a panic — what will I do without the next Philip Roth novel? What’s amazing is how many incredible books he’s written and that at a point when many others would have been content to rest on their laurels (do Jews even have laurels?) he had a creative second and third wind and wrote enough to span multiple careers. I just hate the idea of their being no more Philip Roth novels…”

Junot Diaz: “If it’s true, the man has done his job and mightily. If it’s not true: better.”

One final note: It’s a cryin’ shame that a) Ninety-seven-year-old Herman Wouk, who just published a novel titled The Lawgiver, isn’t on this list, and therefore b) No one asked him what he thinks about Philip Roth retiring. My guess is that his reaction would be something along the lines of “Retiring?! What is he, only like 80? What a weenus.”